Play Archer Vs Archer as a stand alone web app.

This is a ragdoll physics an archery duel game featuring stick figures. Be the first archer to launch a fatal blow. Work fast, though, as your opponent will take the initiative to try and shoot you.

Children and parents can play this archery stickman game by clicking in the window below.

Alternatively kids and adults can play this bow and arrow battle video game for free as a web application here.

Be the first to launch an arrow at your opponent. Work fast and don’t let the enemy get a chance to shoot at you. 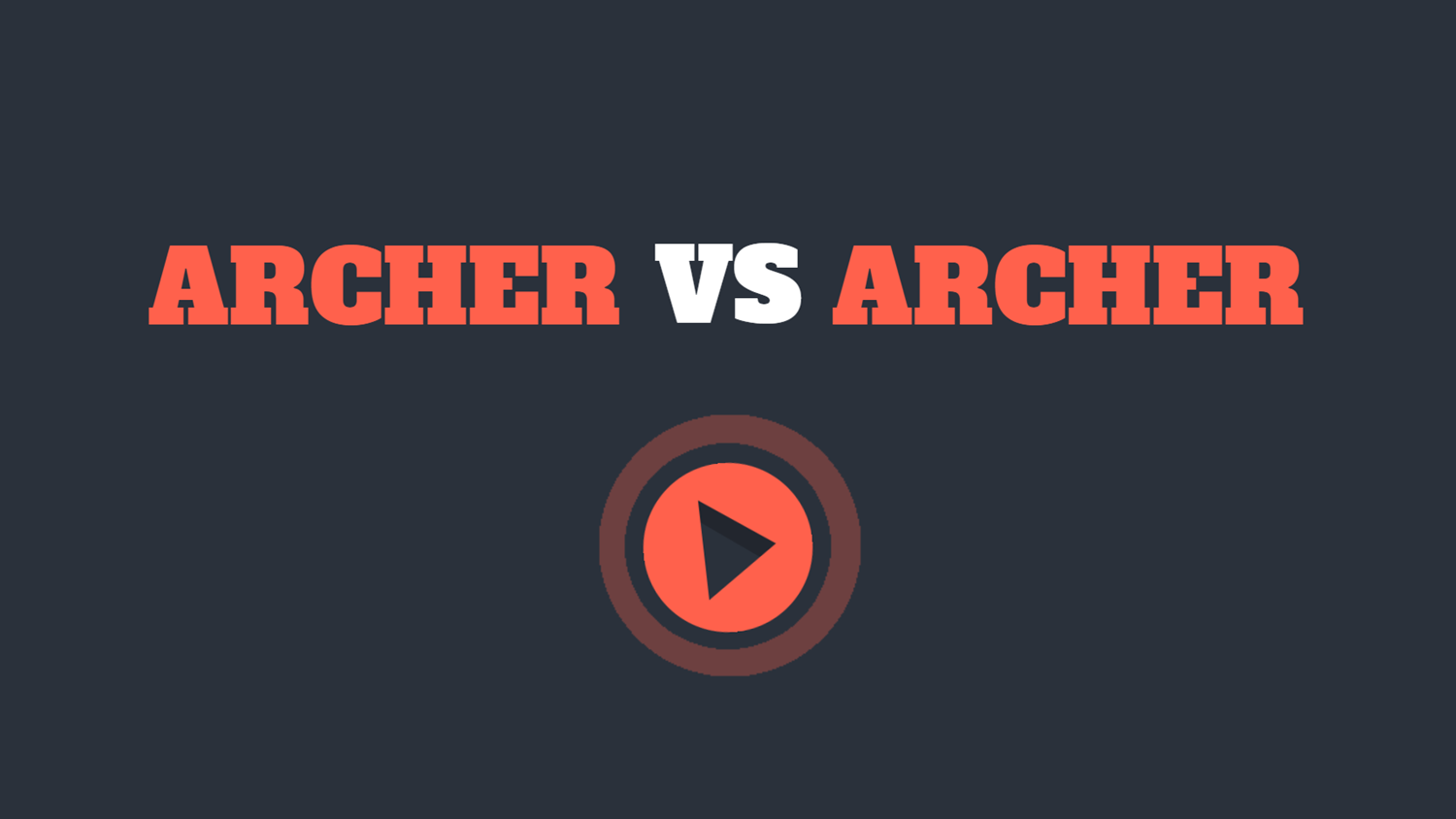 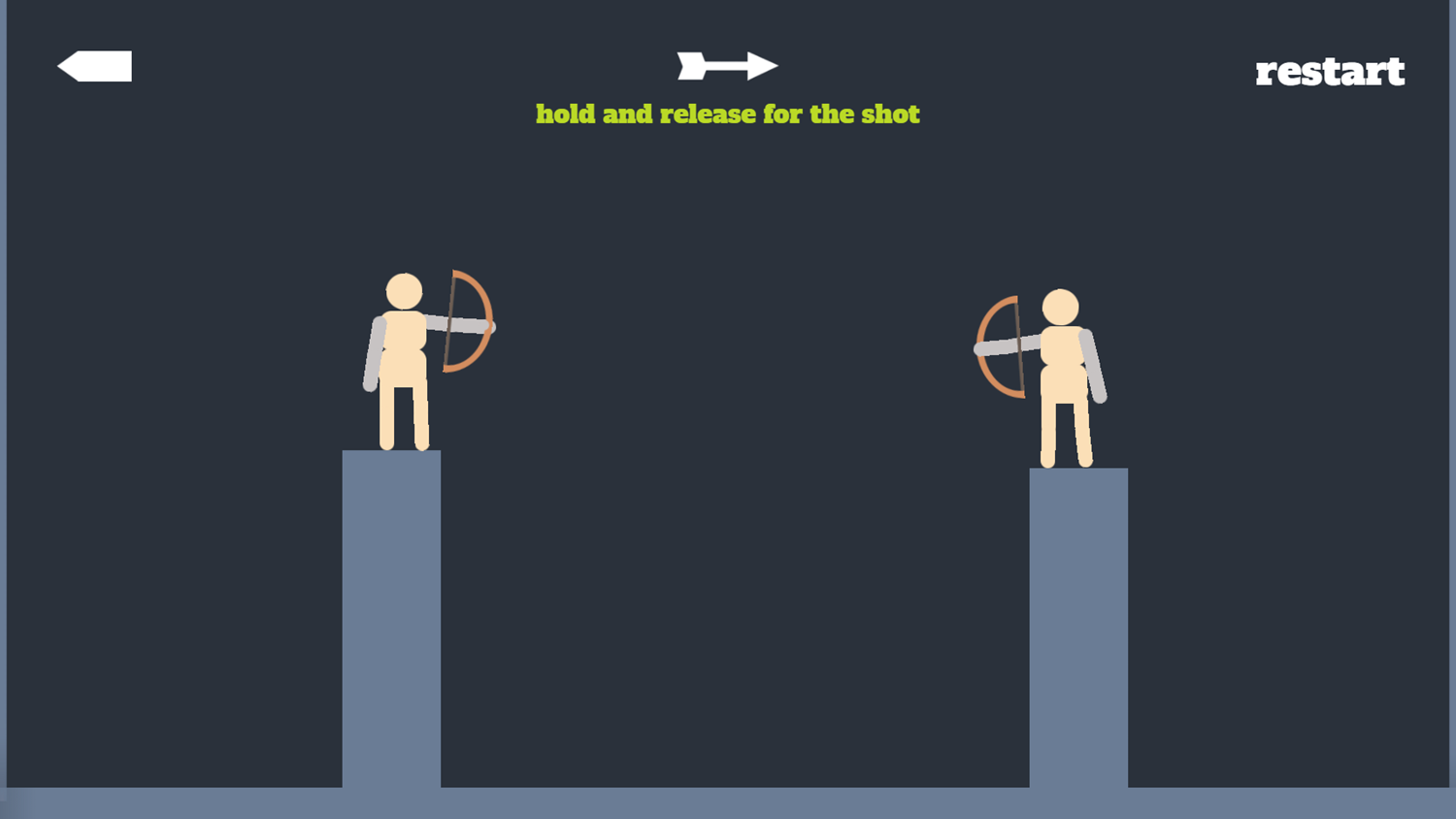 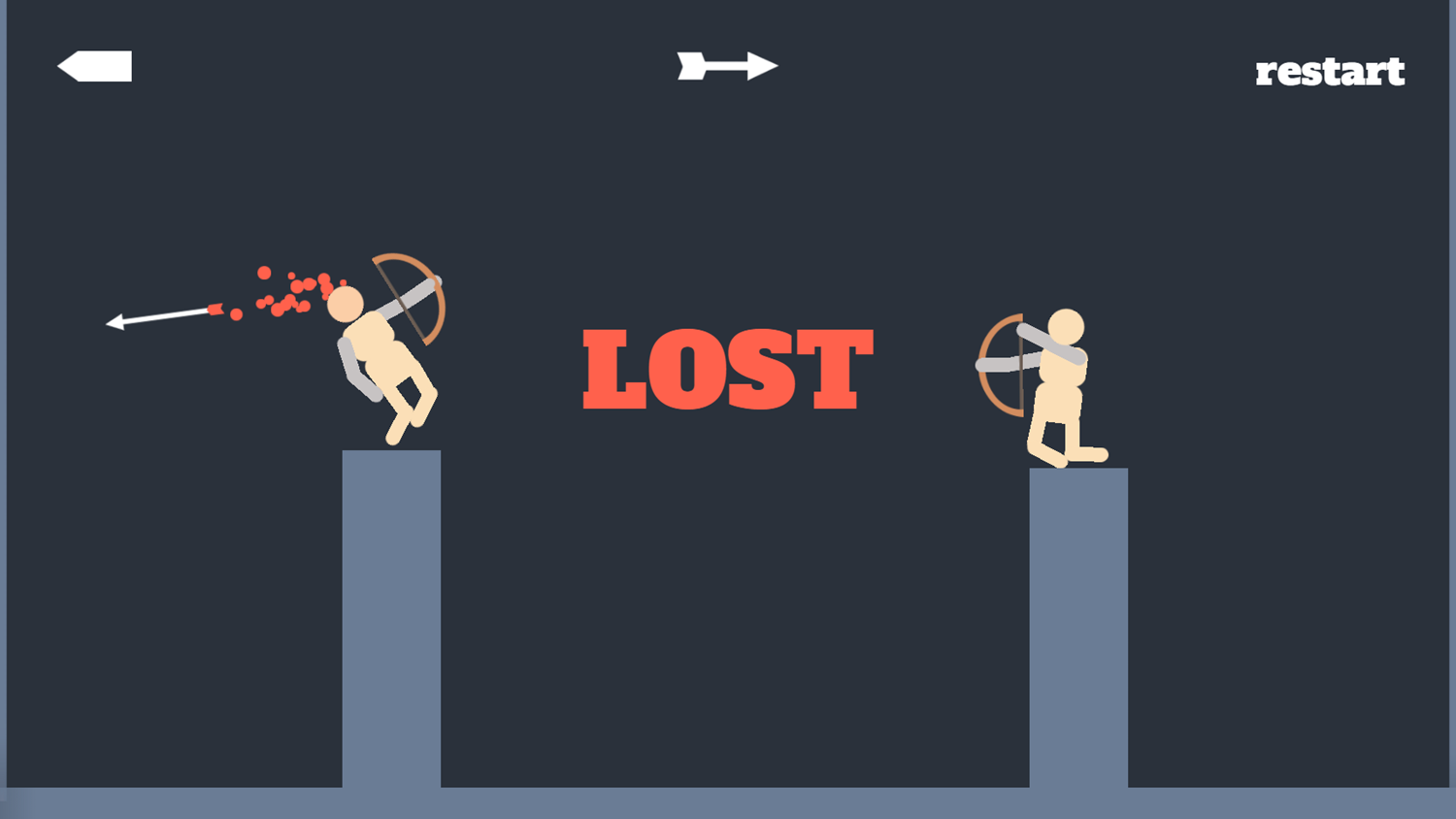 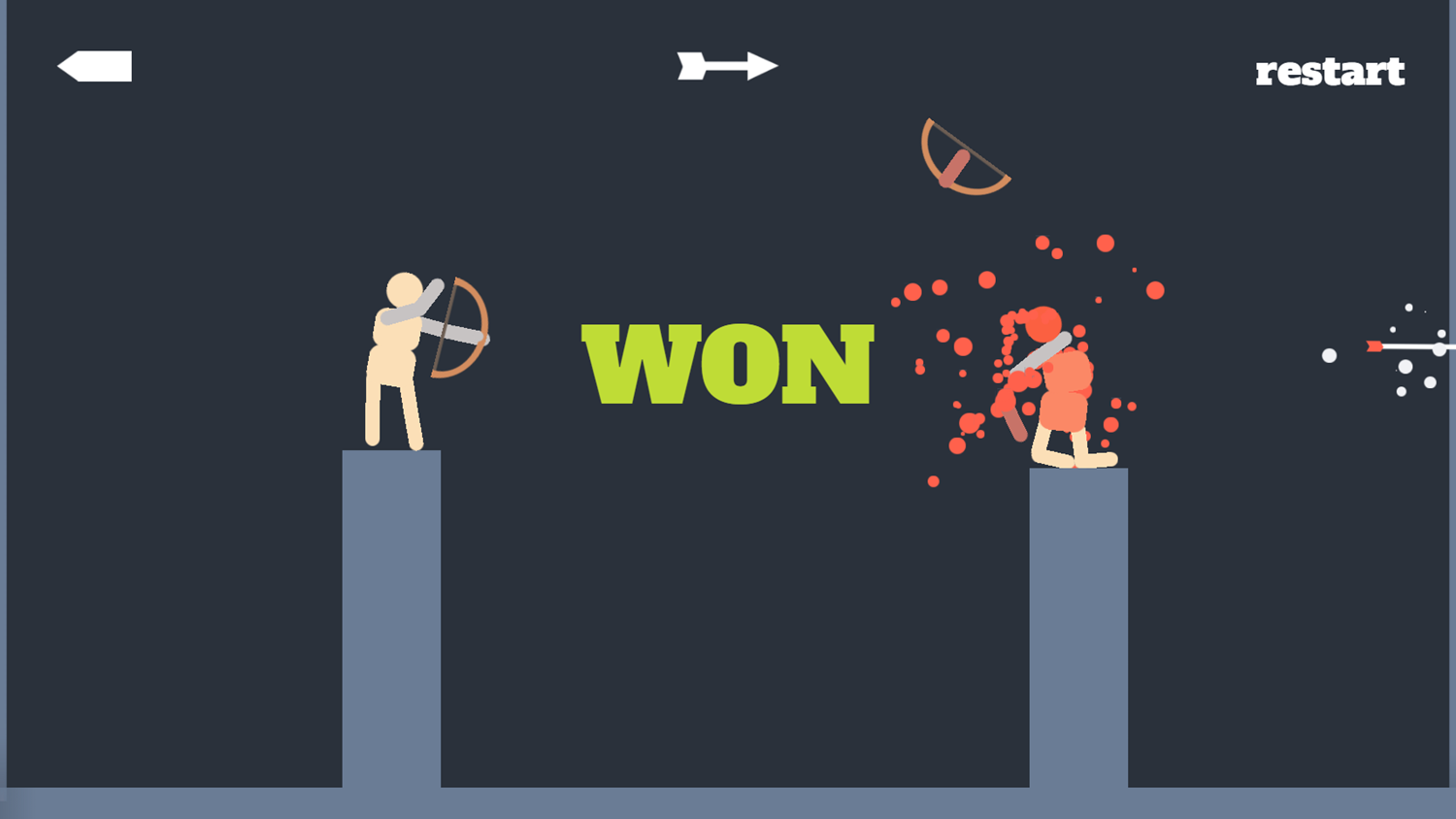 This game was published in these categories: Archery, Ragdoll, Stickman. You can visit any of them to select other fun games to play.