This is an endless climbing game where you play as Gumball and his friends and family. Keep climbing up a surreal mass of sky blocks. Avoid tripping up.

Children and parents can play this simple isometric puzzle game by clicking in the window below.

Alternatively kids and adults can play this isometric running game for free as a web application here.

Hop across the rickety structure of blocks. Collect coins along the way. 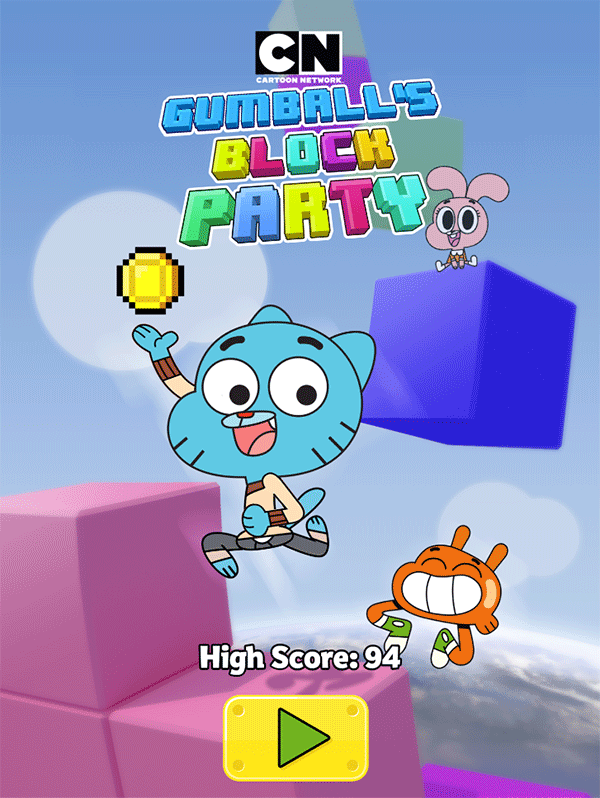 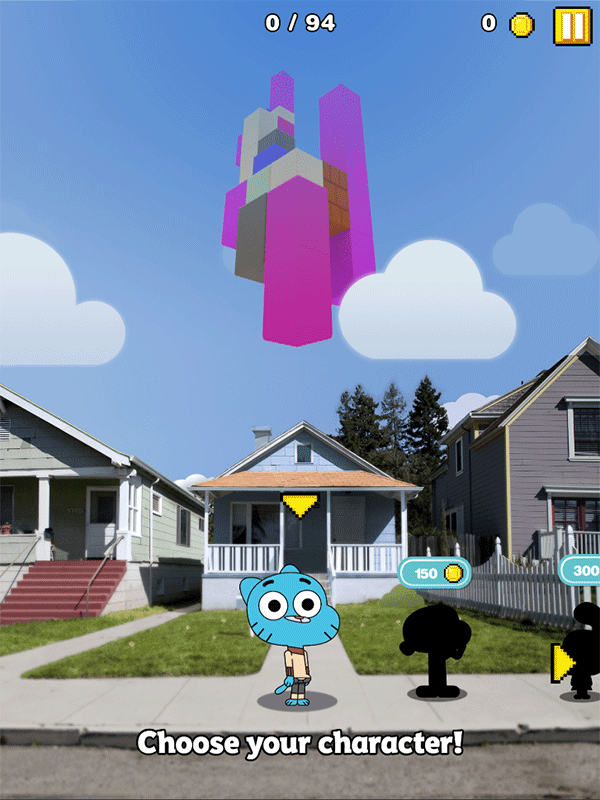 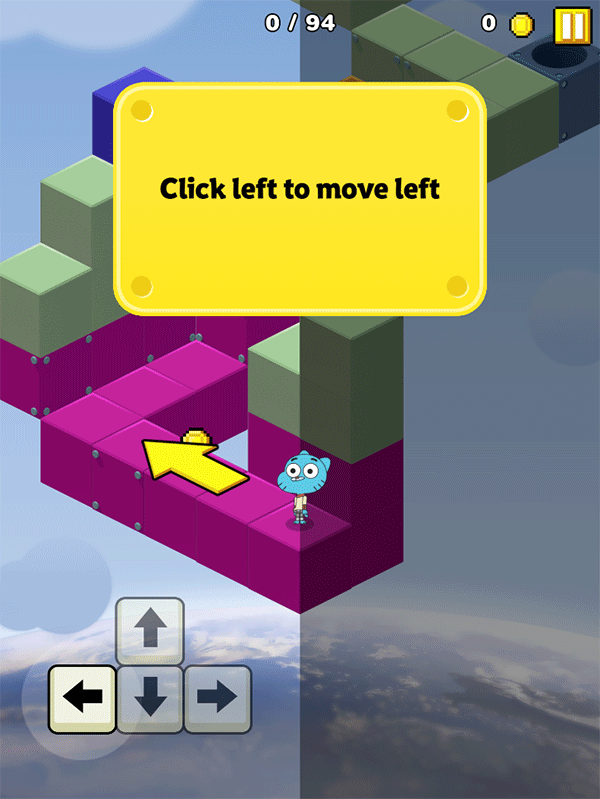 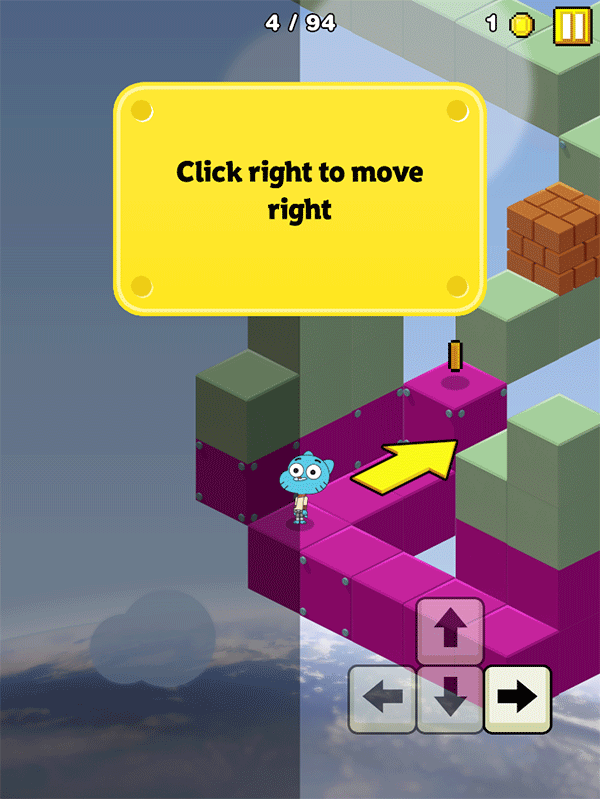 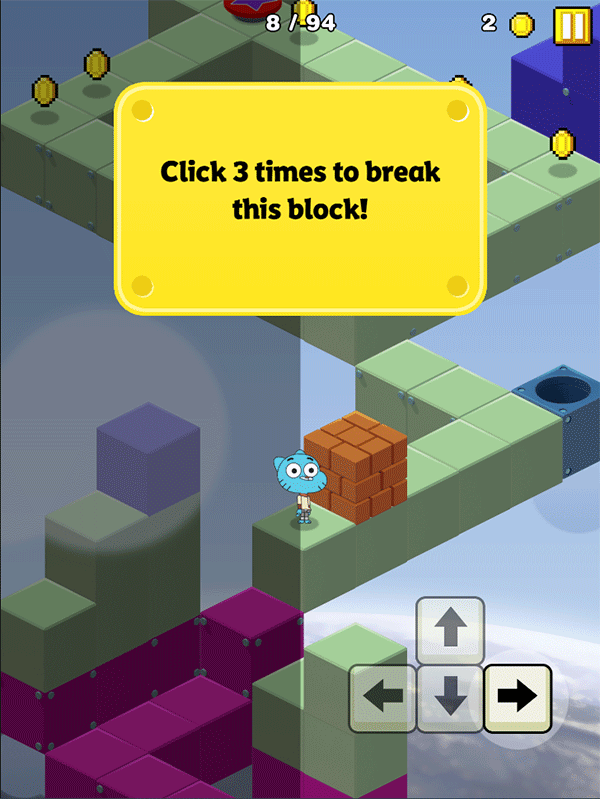 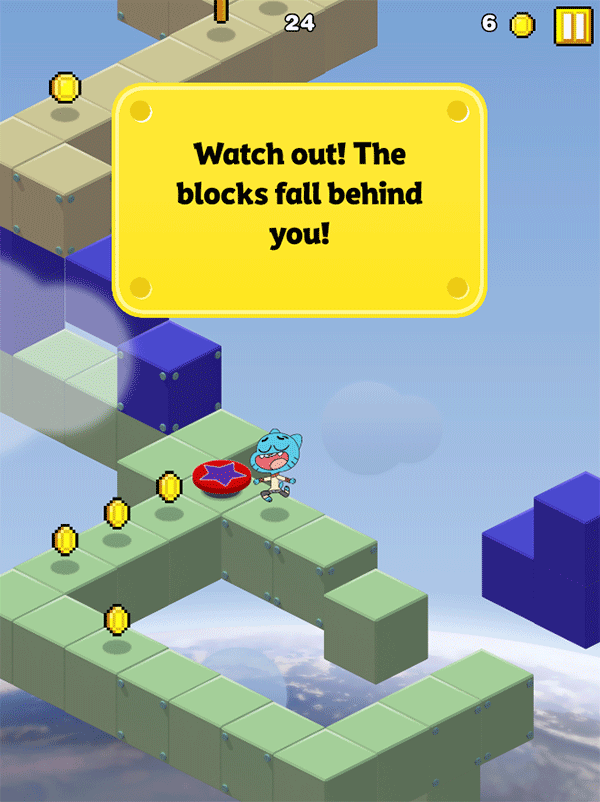 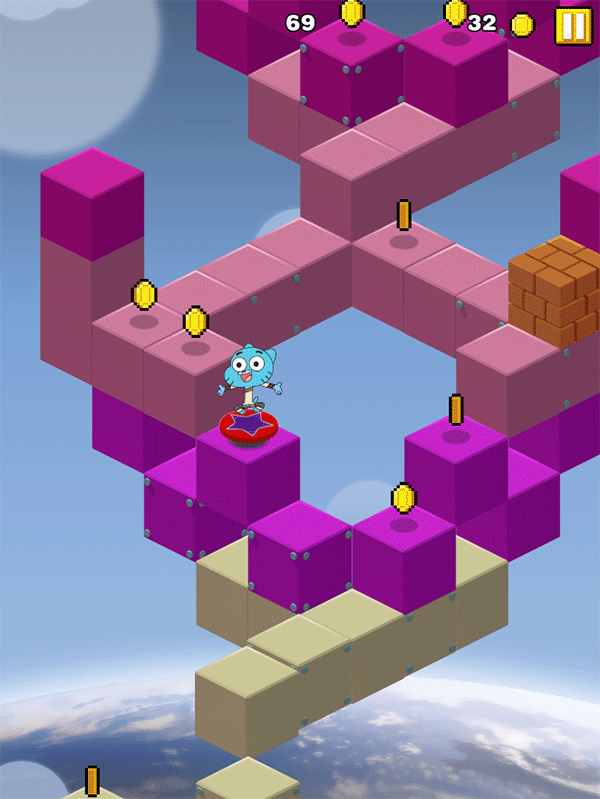 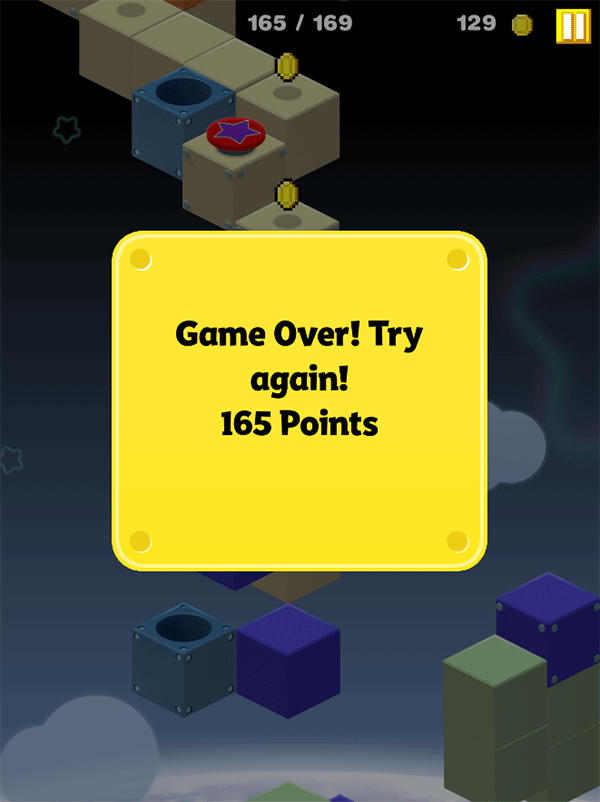 This game was published in these categories: Gumball, Isometric. You can visit any of them to select other fun games to play.