Play War Of Light as a stand alone web app.

This is a planet defense game where you must defend planets from waves of incoming spaceships.

Keep each planet illuminated while fighting off waves of attacks from enemy spaceships. Evade their shots, upgrade your weapons to destroy enemies faster, and use your spare lightpoints to give light to the planet. 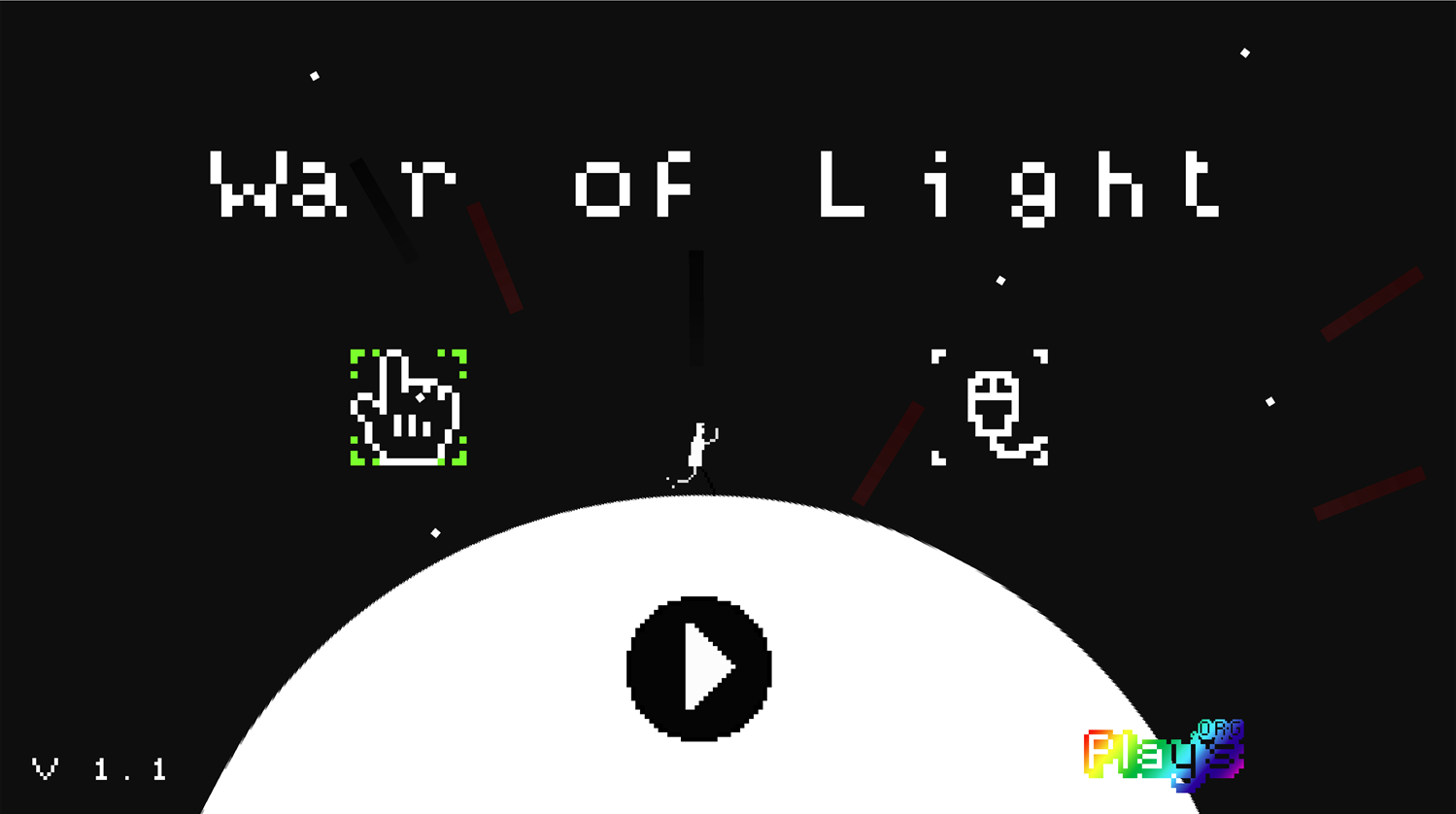 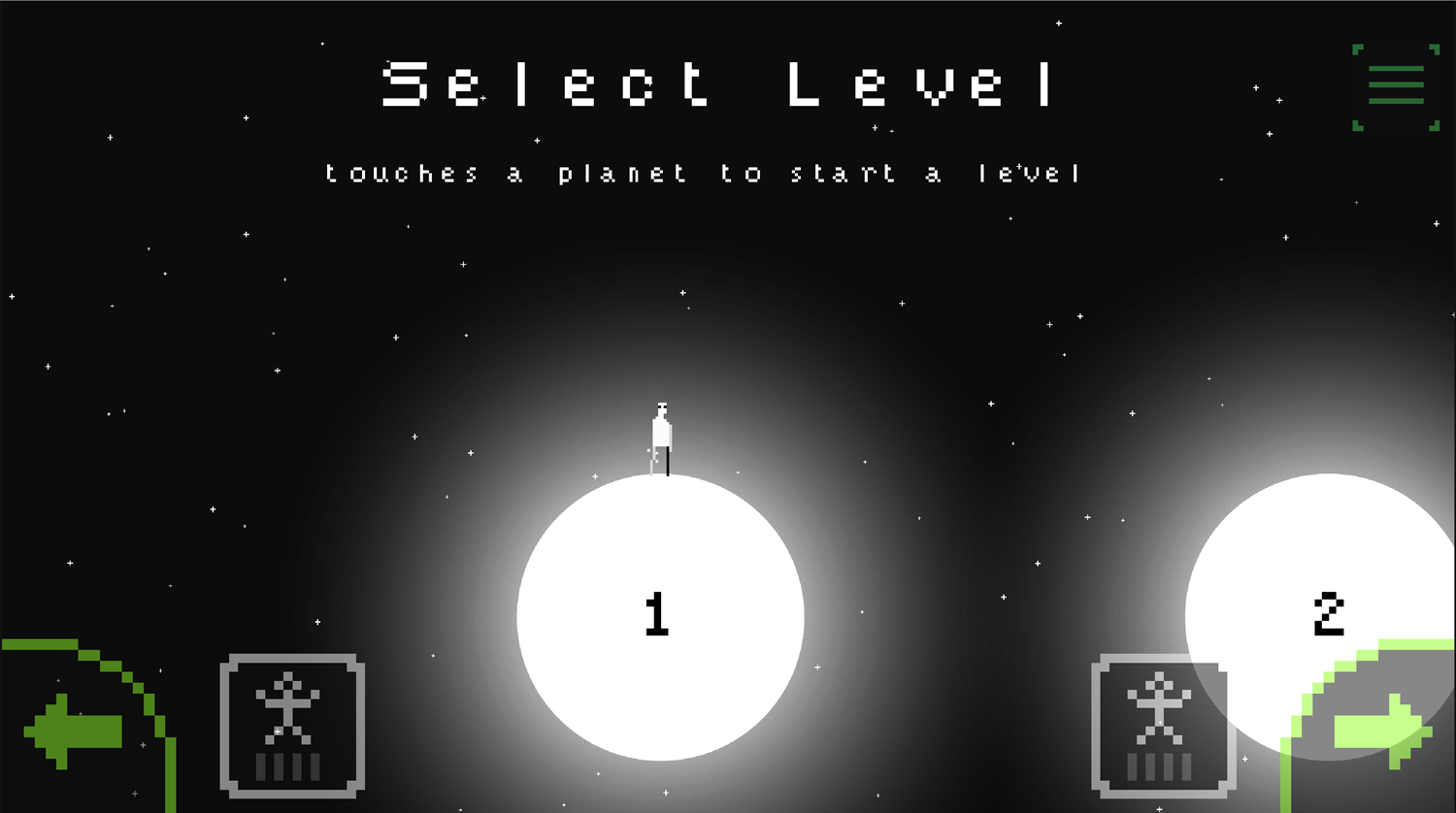 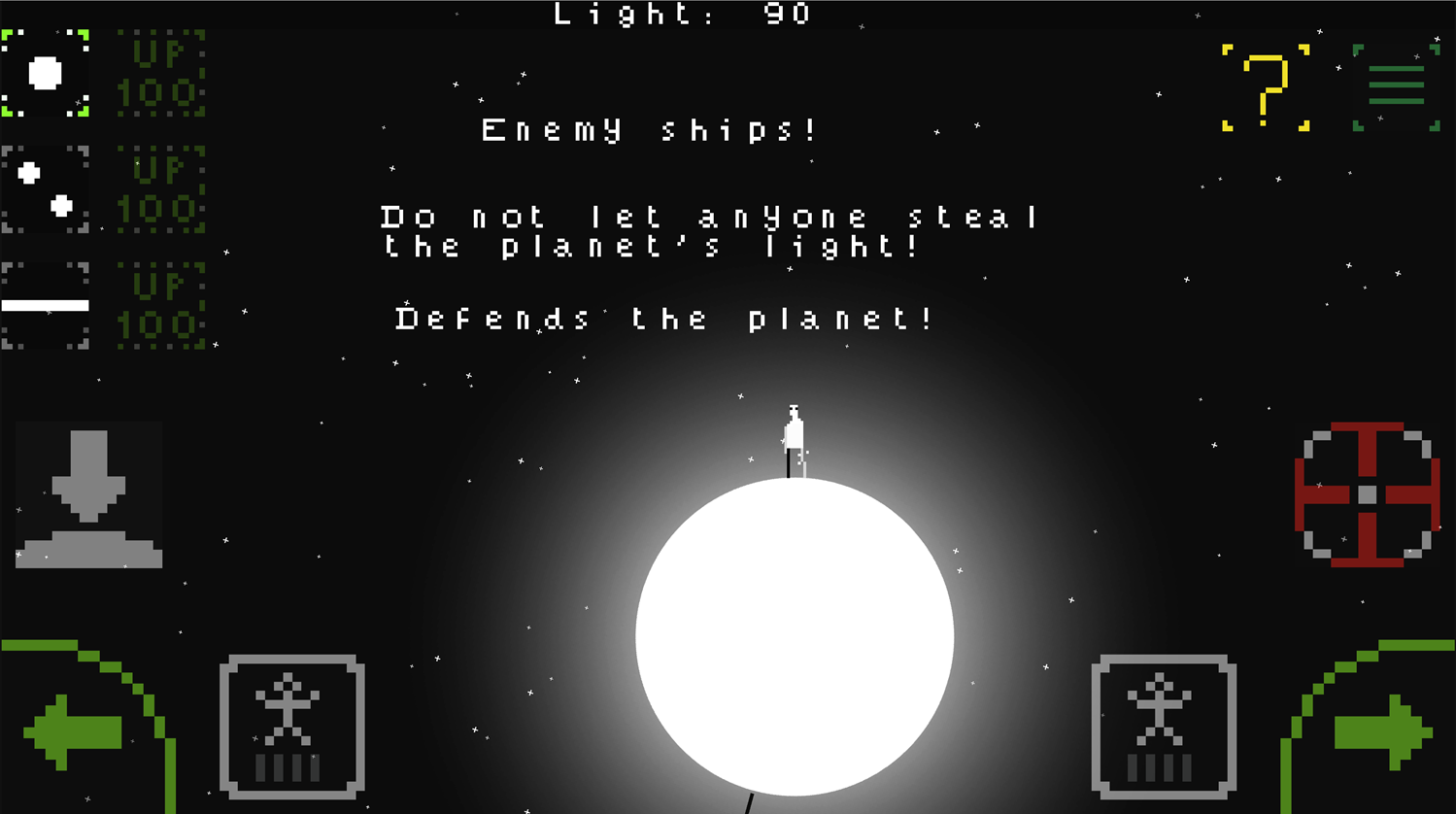 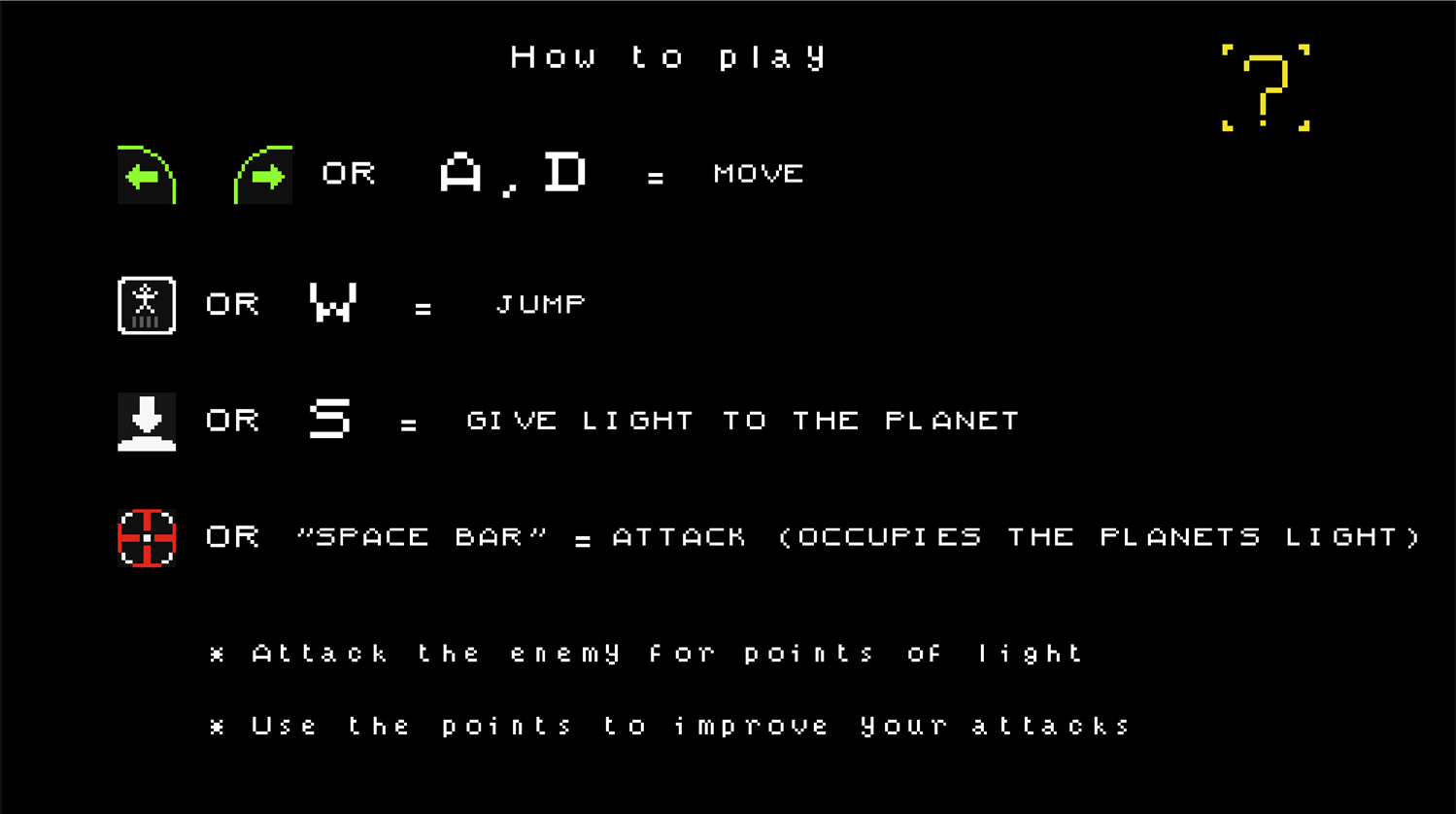 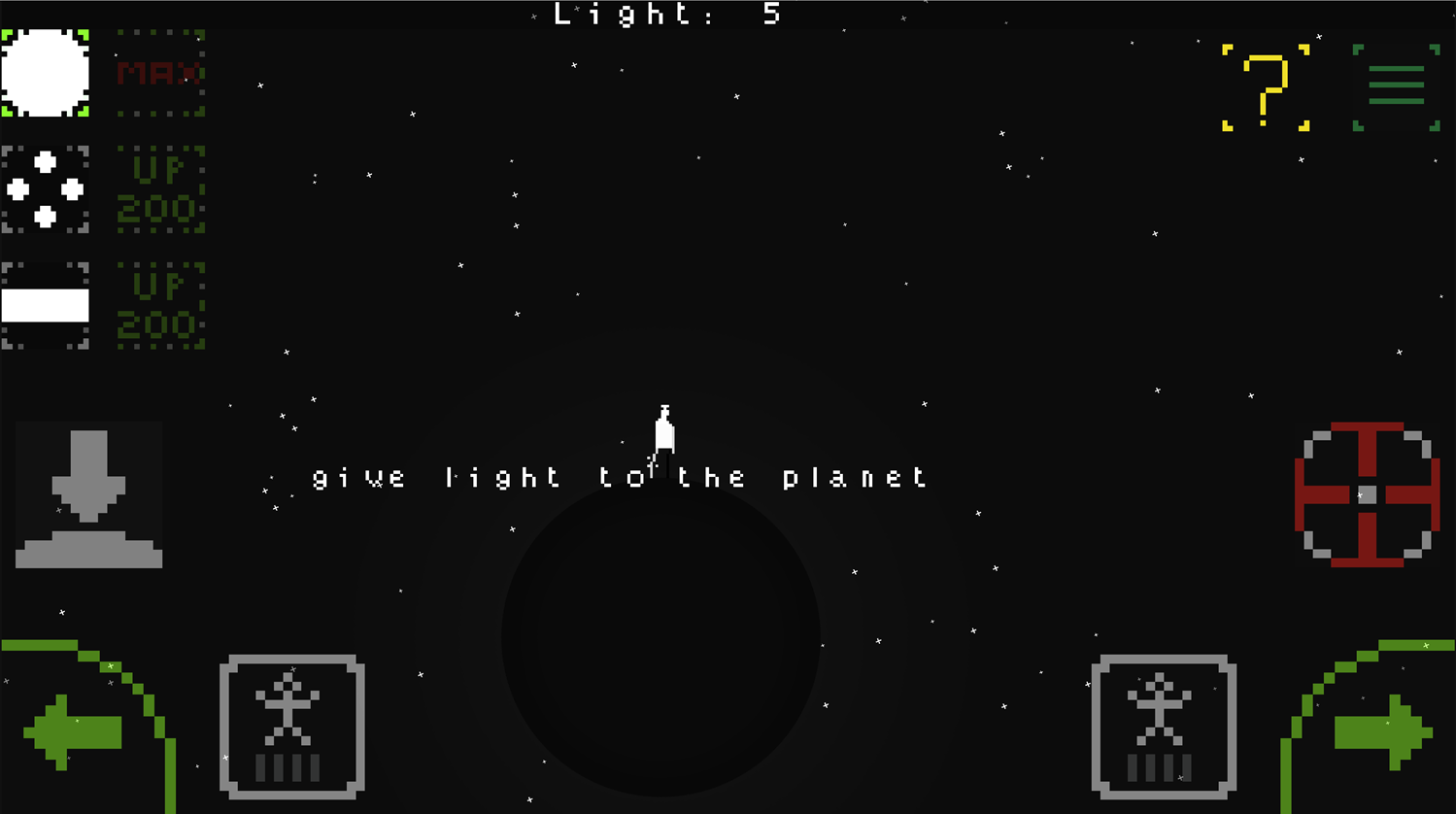 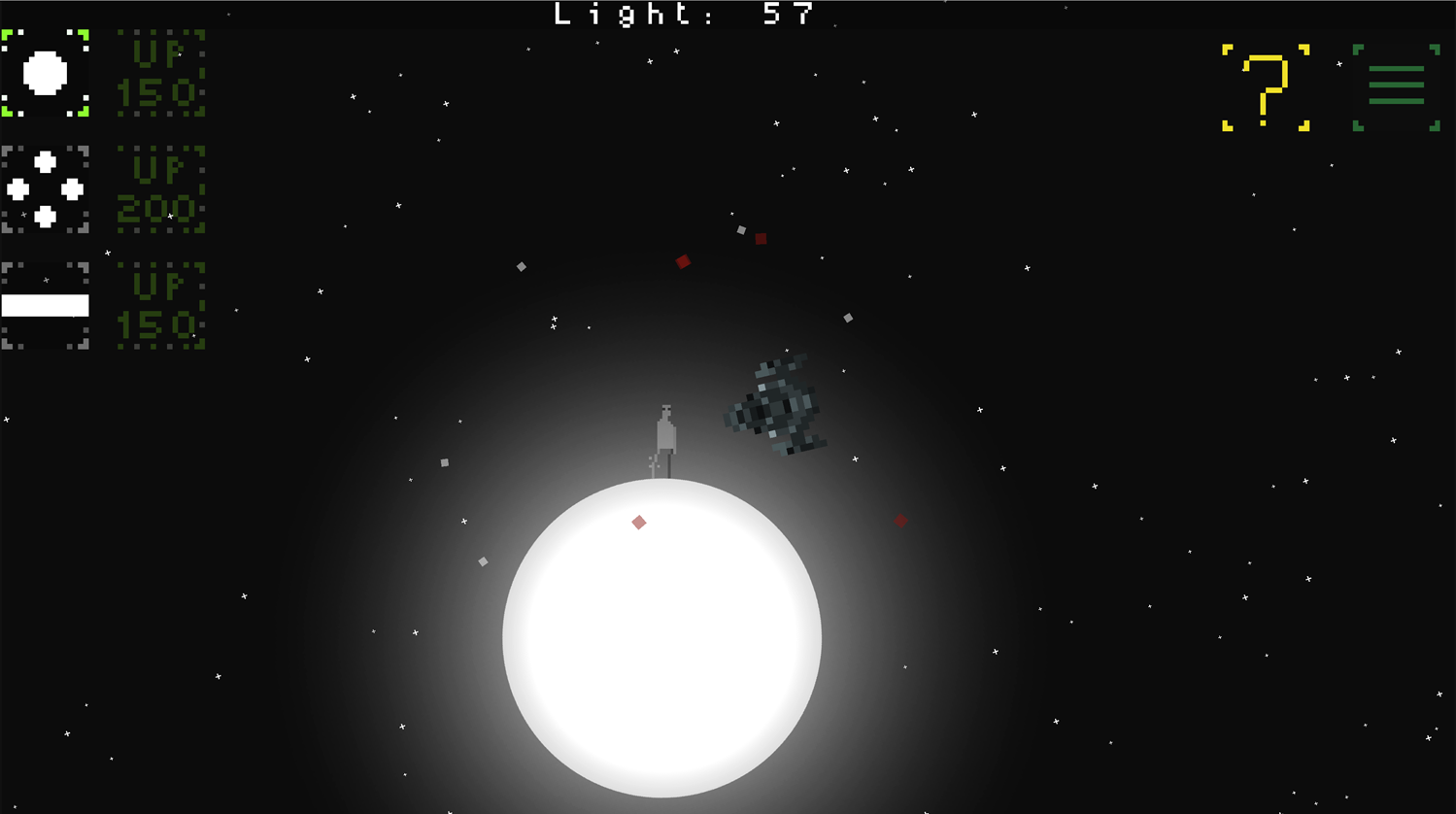 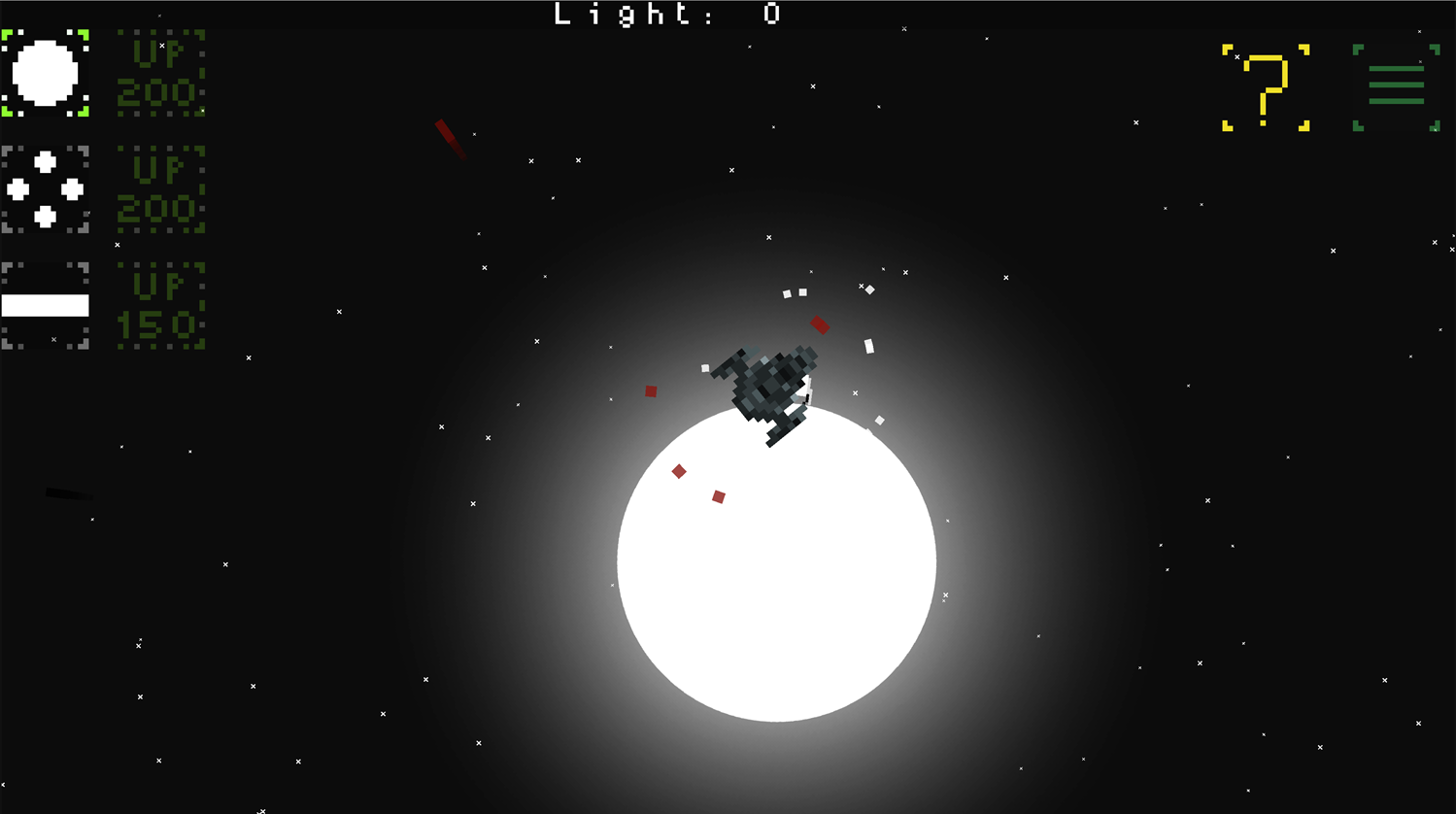 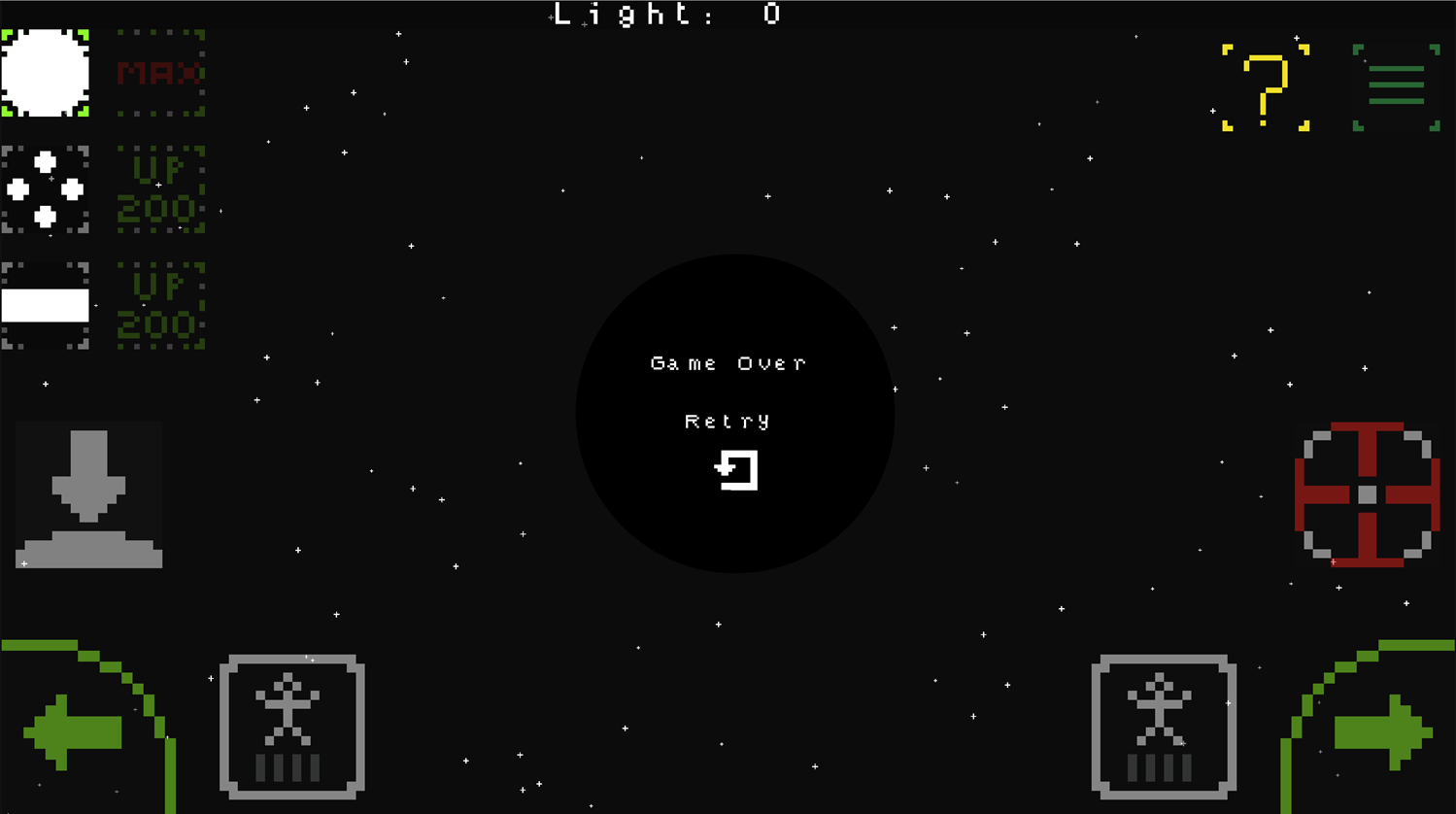