This is a timed 10-stage winter themed version of Tripeaks Solitaire featuring 10 levels with a Joker you can play on each stage.

Select cards on the tableau which are valued one above or below the card atop the waste pile. Shuffle through the reserves and use the Joker to enable additional plays. 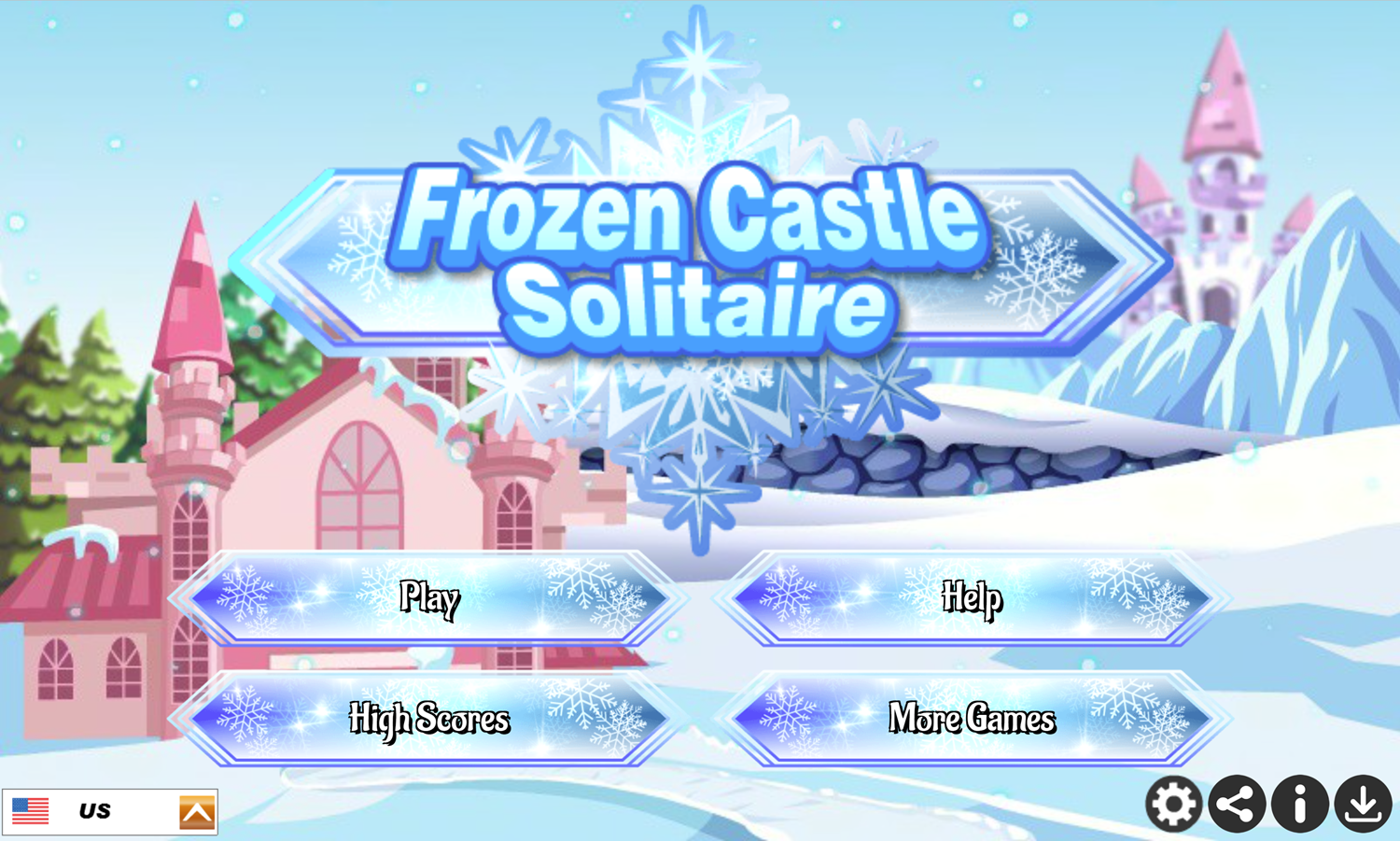 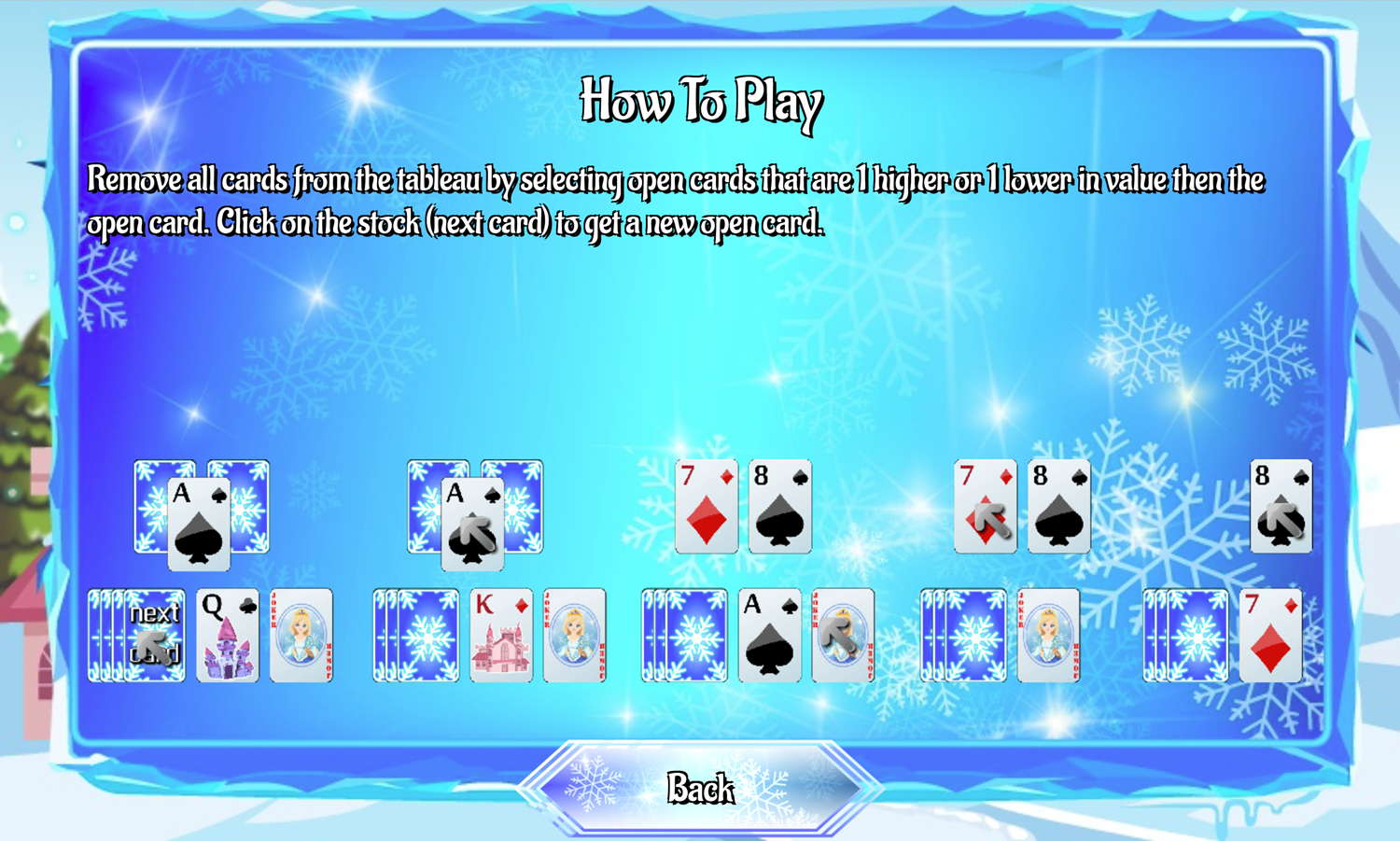 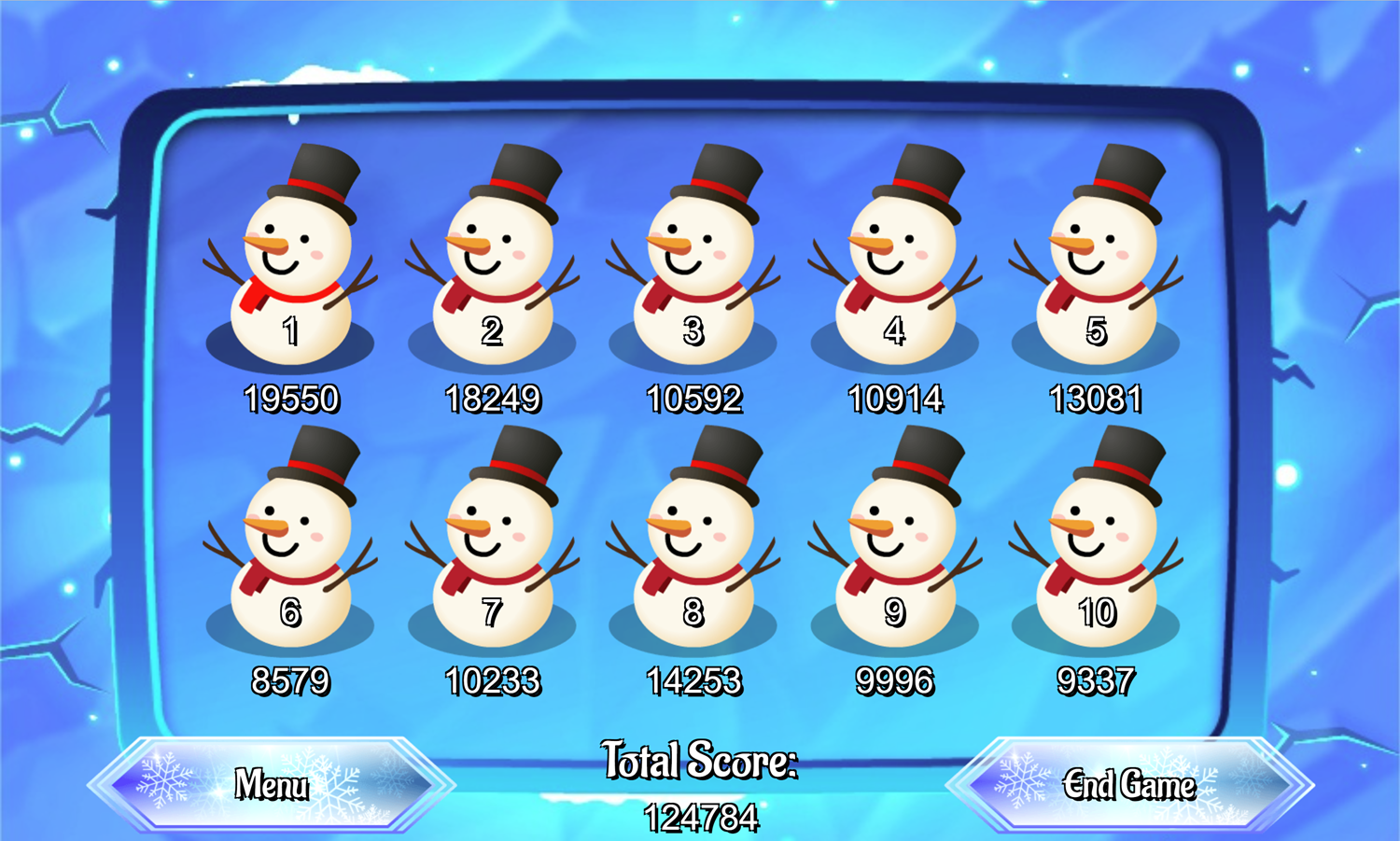 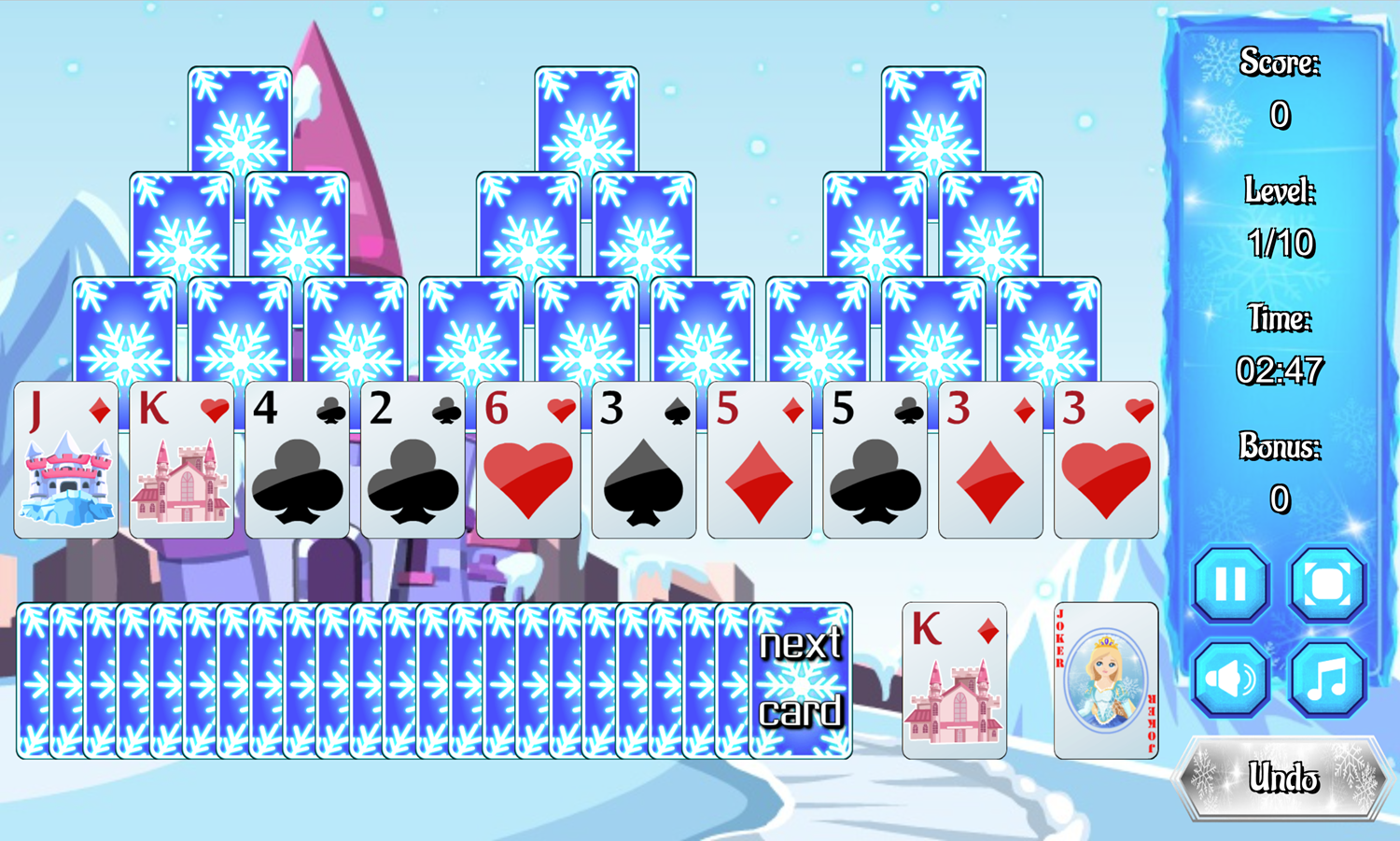 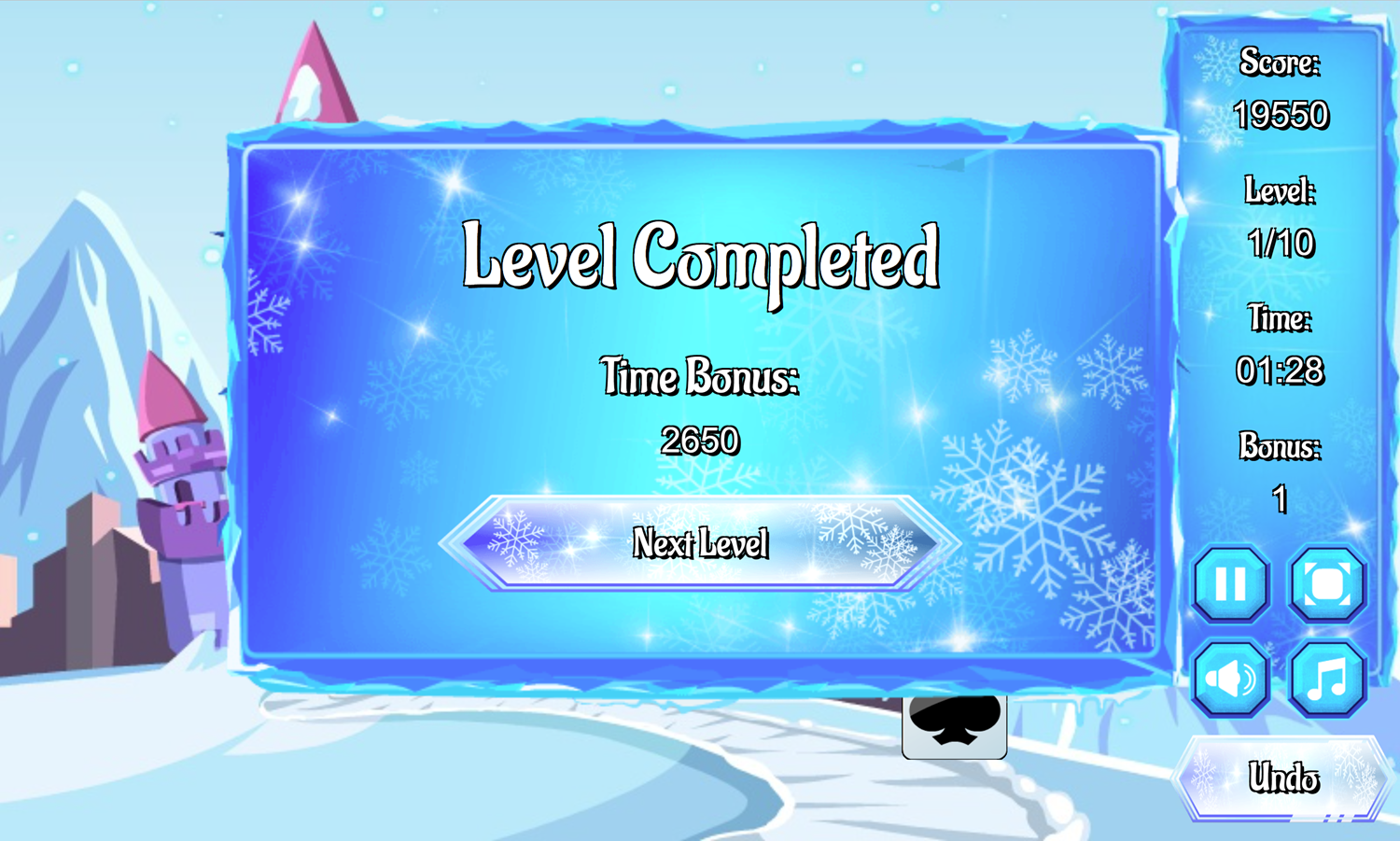 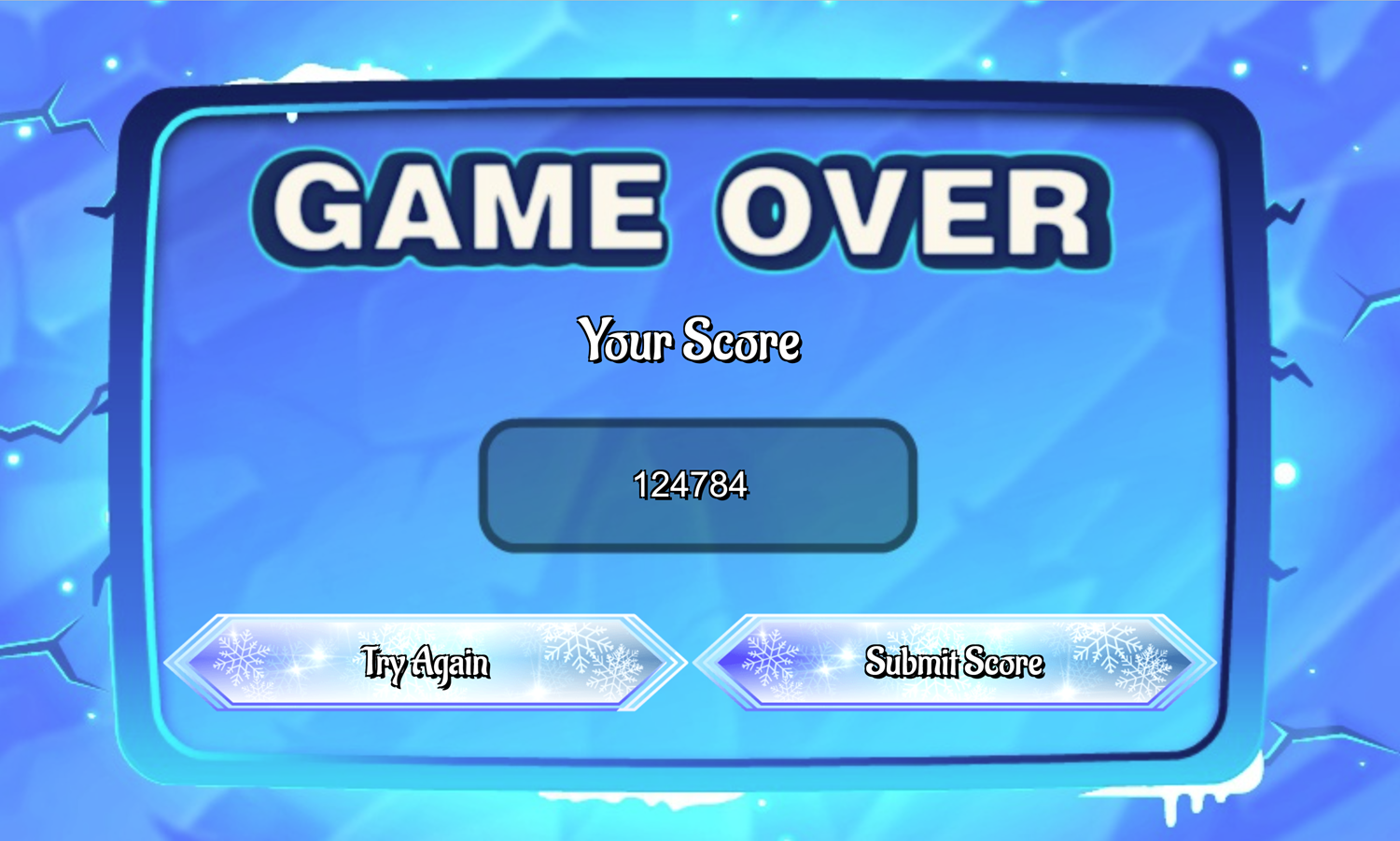