An angry bison is chasing you. How long will you be able to outrun it?

Children and parents can play this run & jump chase game by clicking in the window below.

Alternatively kids and adults can play this endless running feather collecting video game for free as a web application here.

Collect feathers while avoiding obstacle that will slow you down and animals which try to hurt you. See how far you can run! 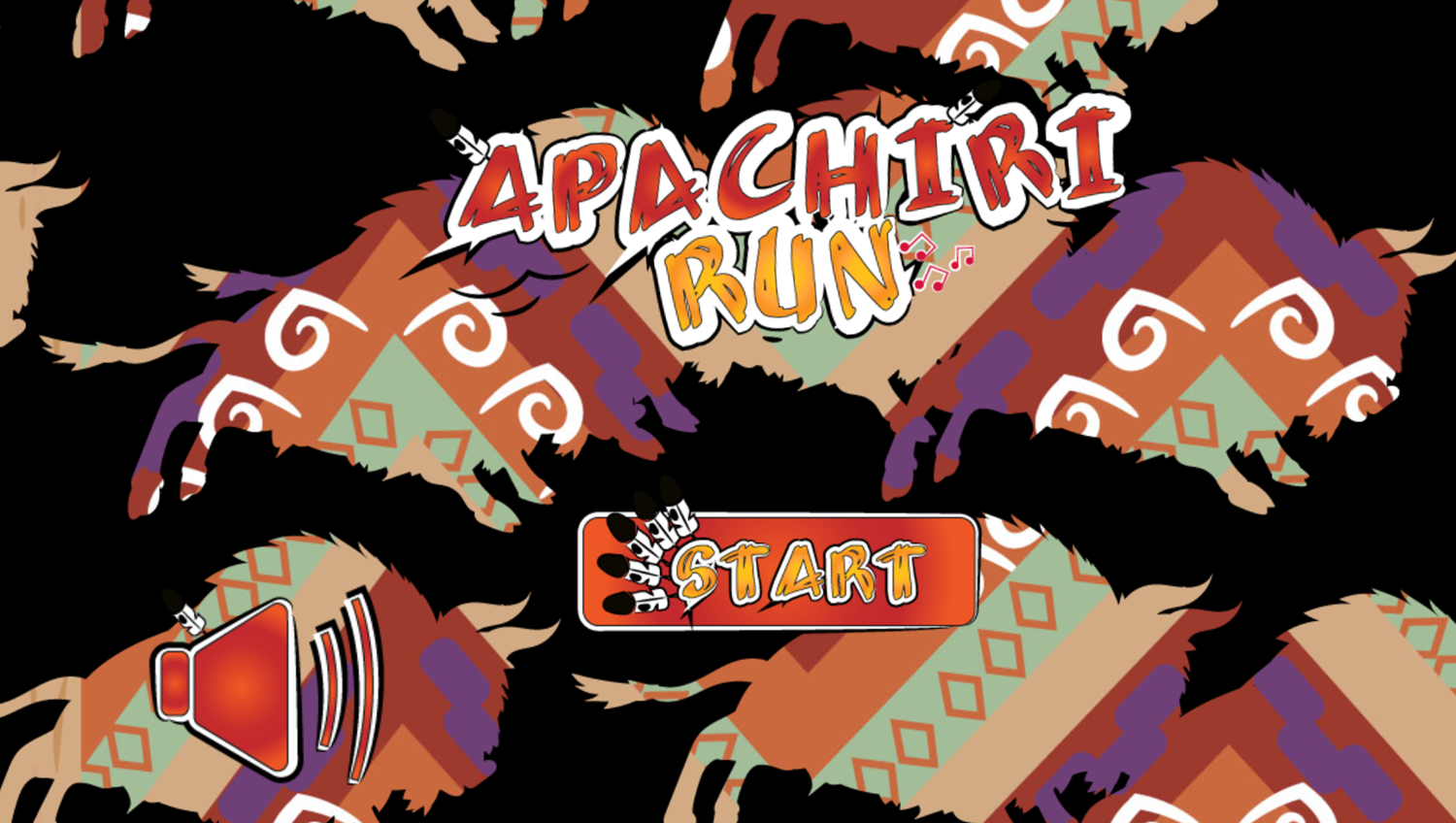 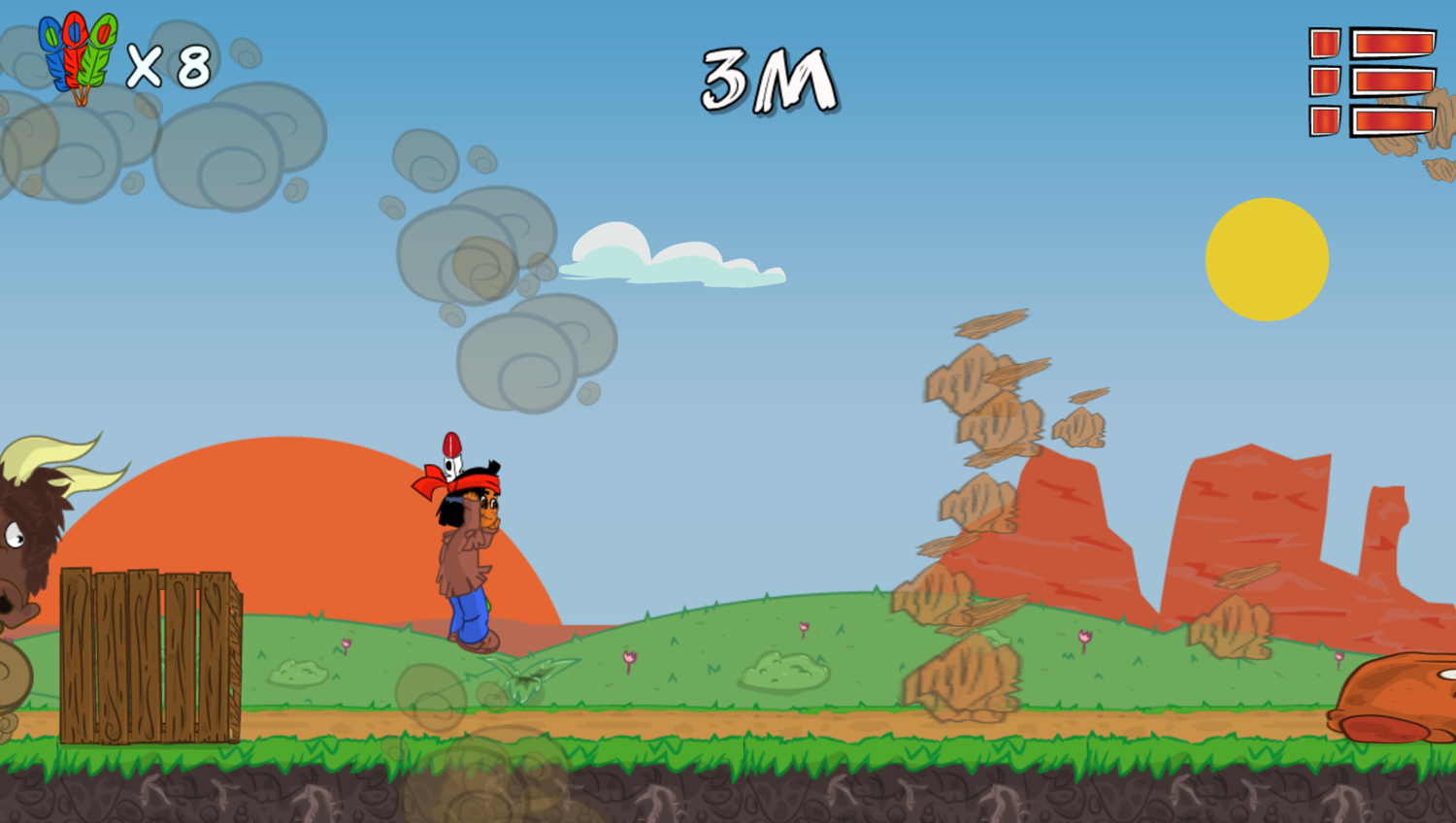 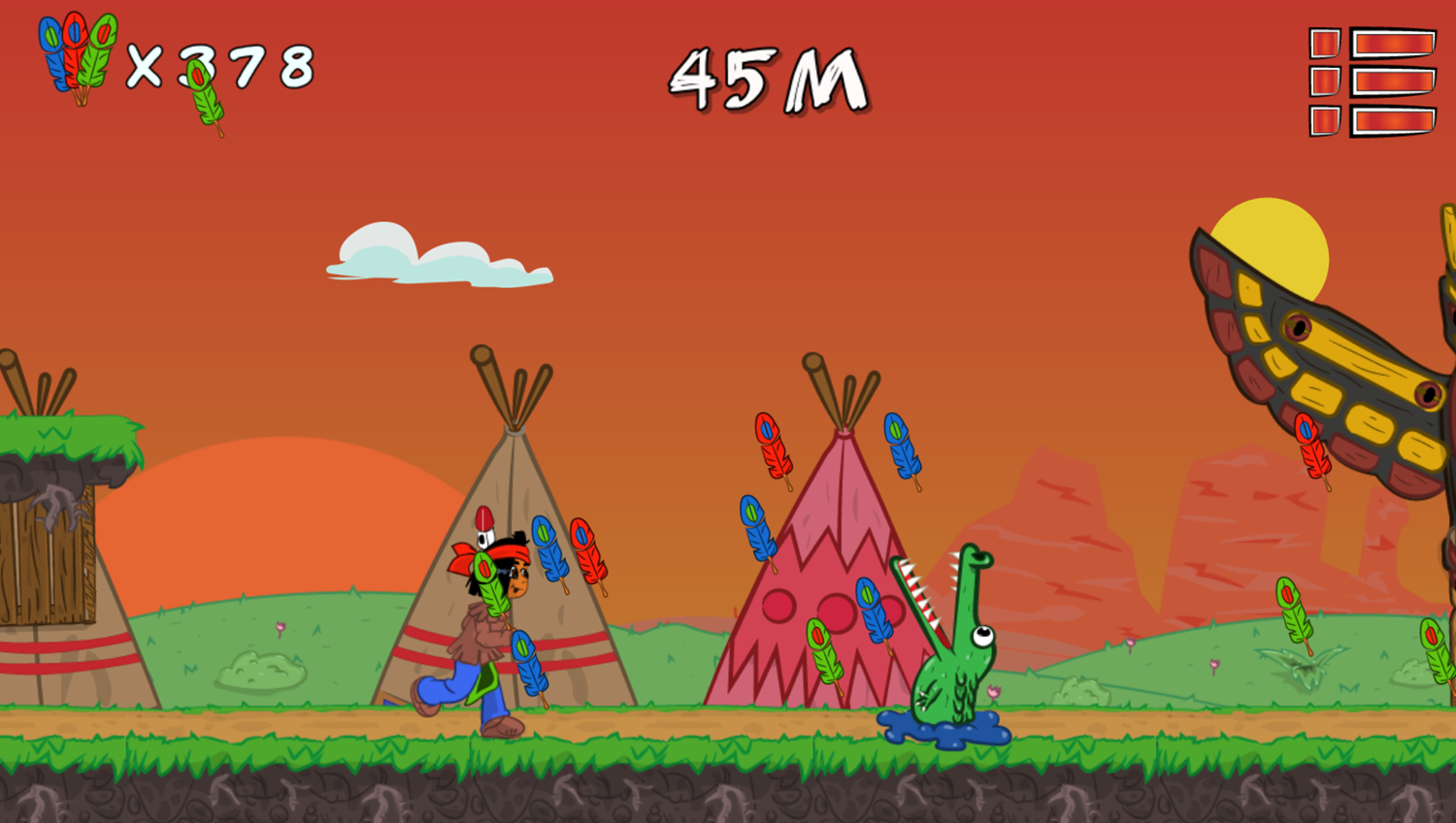 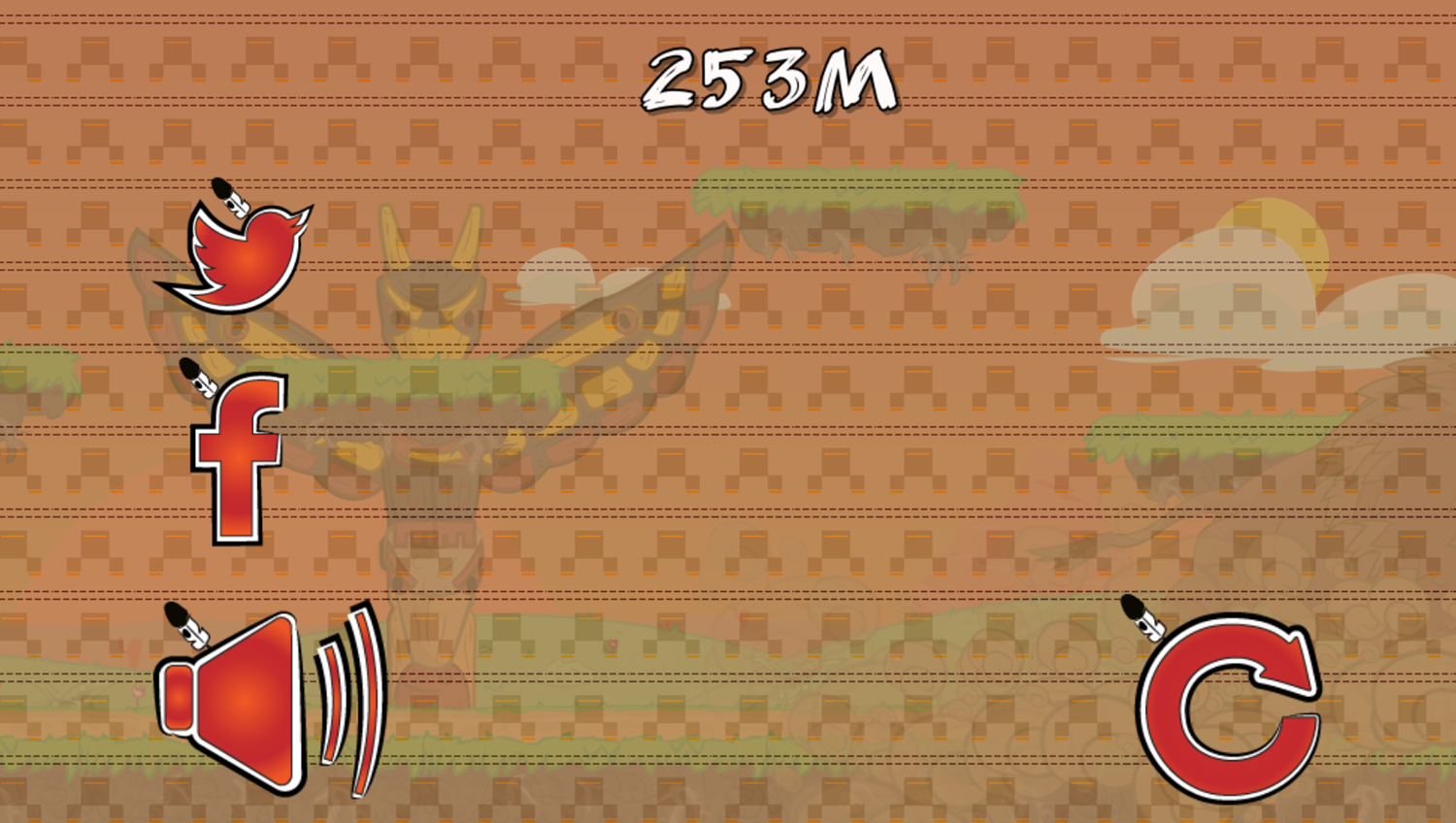 This game was published in these categories: Cowboy, Running. You can visit any of them to select other fun games to play.