This is a letter typing practice game suitable for kids who are already familiar with the alphabet, spelling, and writing but want to work on learning key placement and their typing speed. We also have a sister game for younger children.

Children and parents can play this typing game by clicking in the window below.

Alternatively kids and adults can play this educational typing practice video game for free as a web application here.

Type the letters which appear on the rockets before the rockets exit the top of the screen. 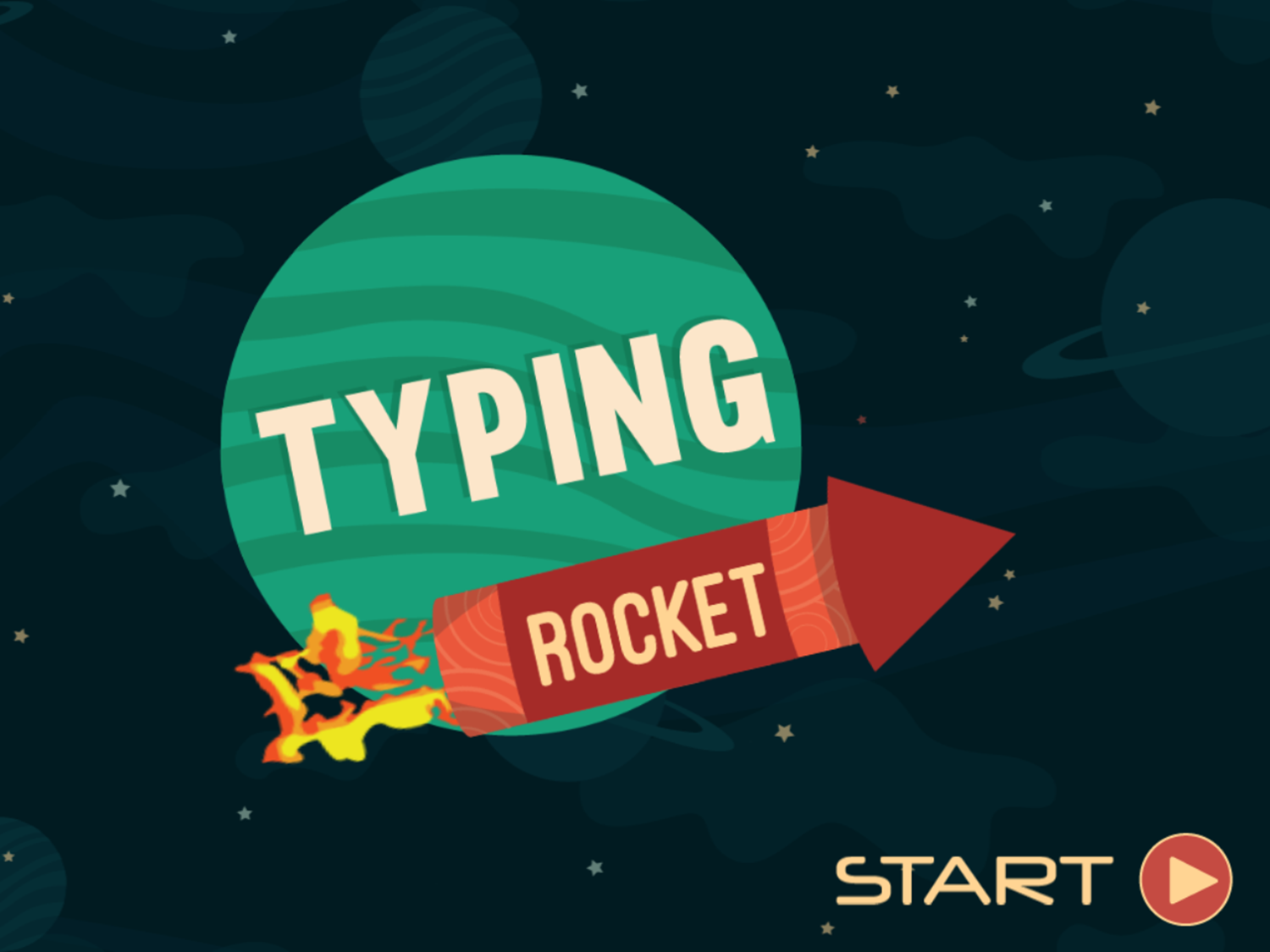 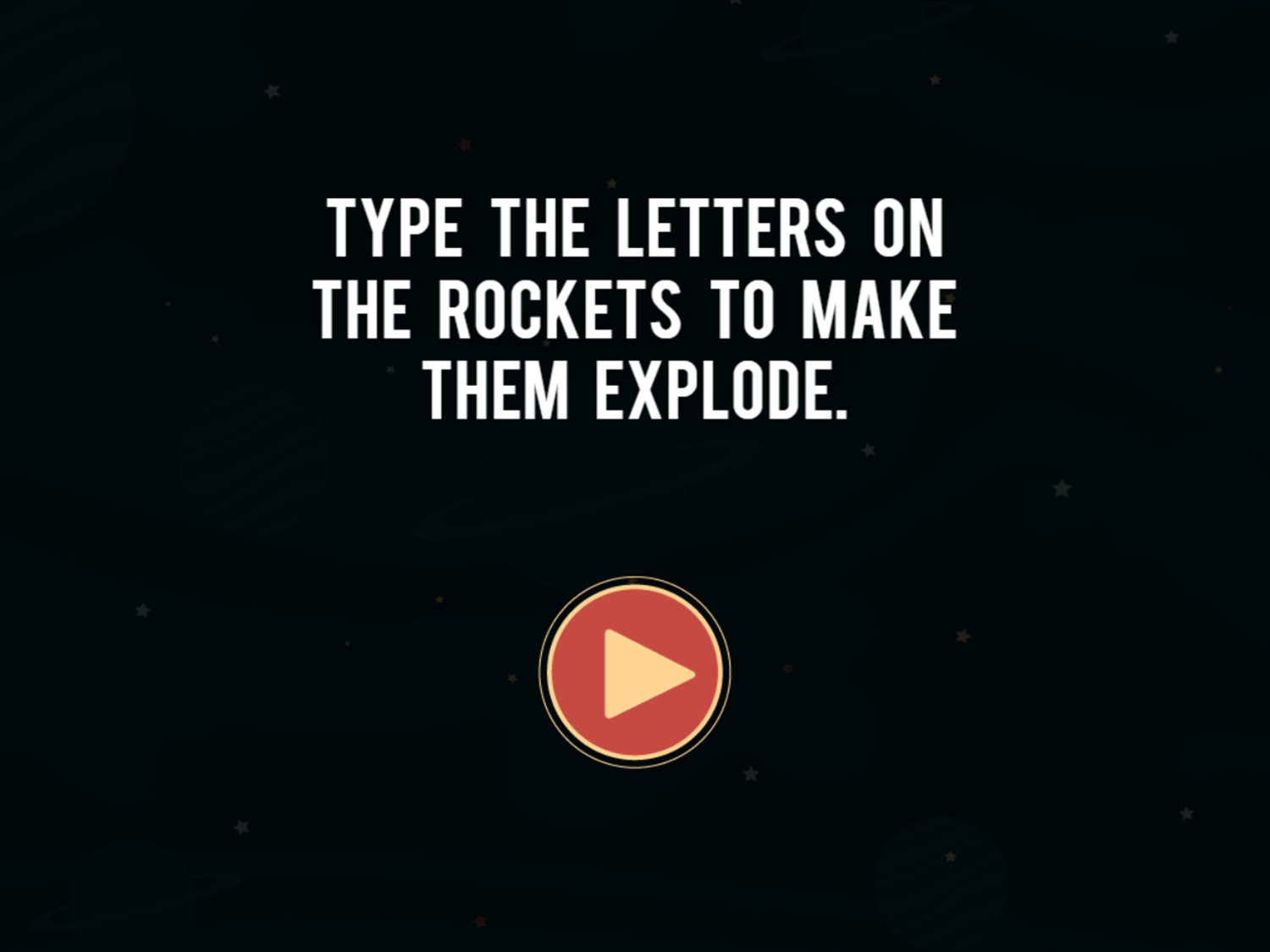 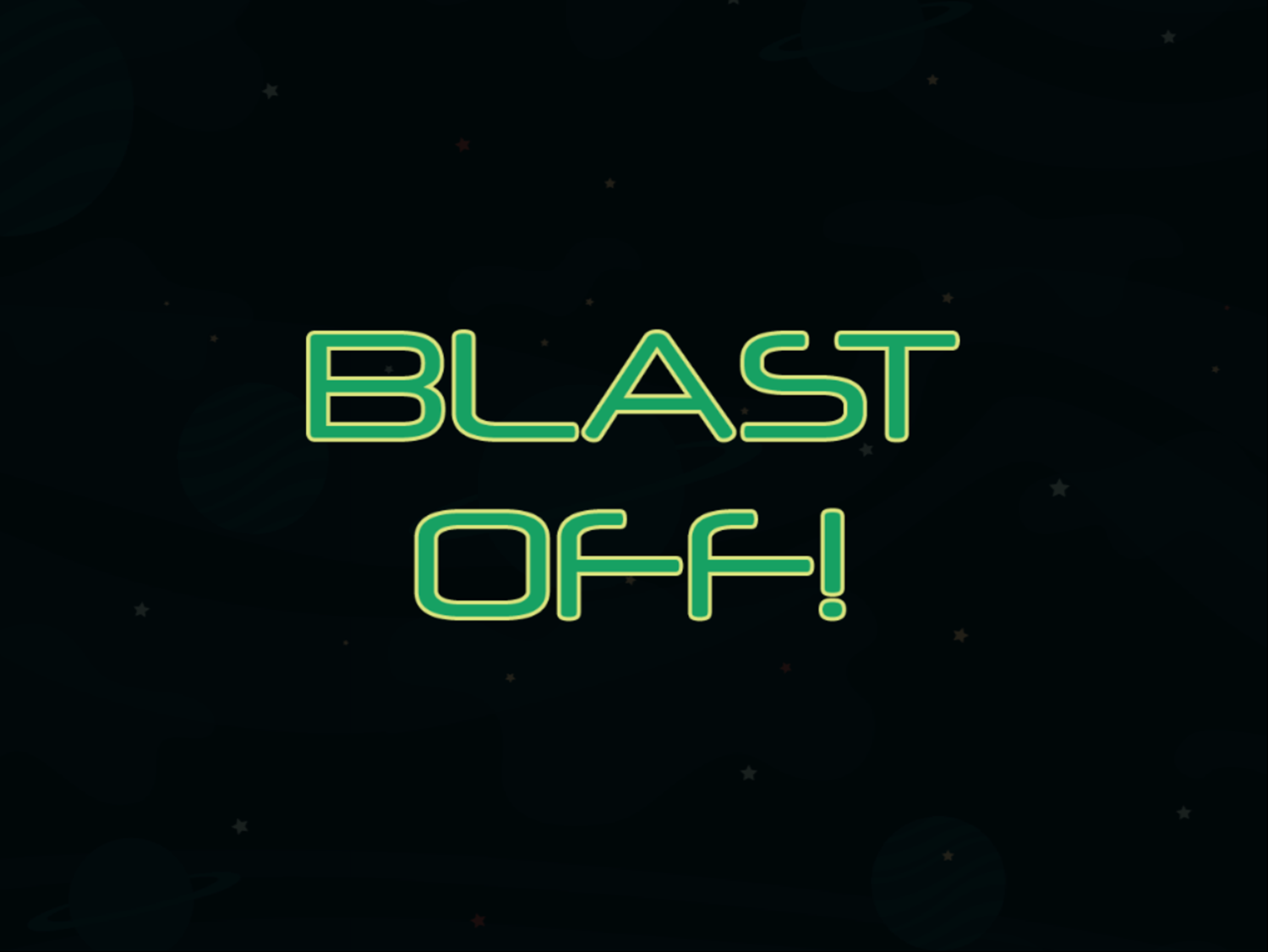 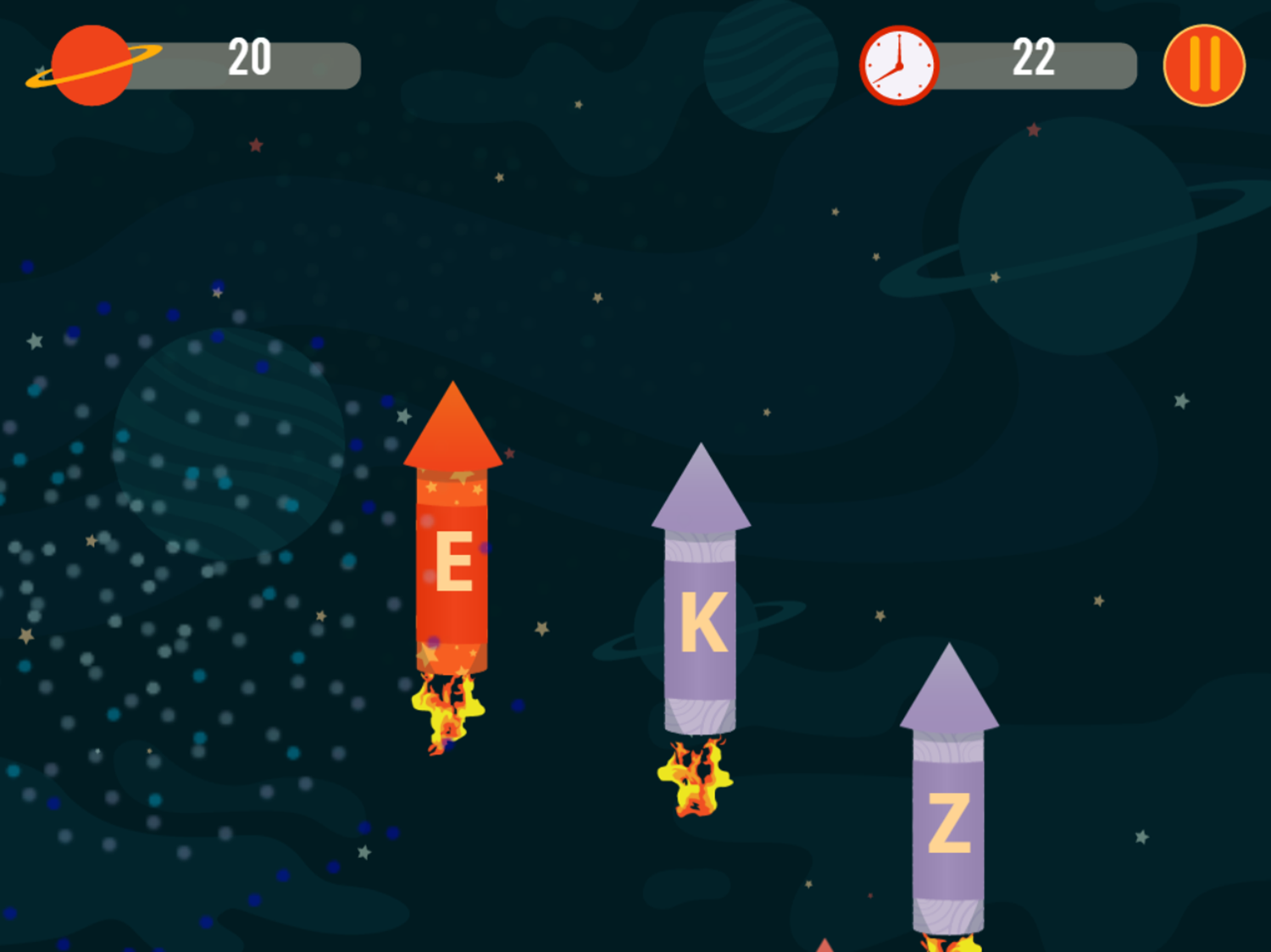 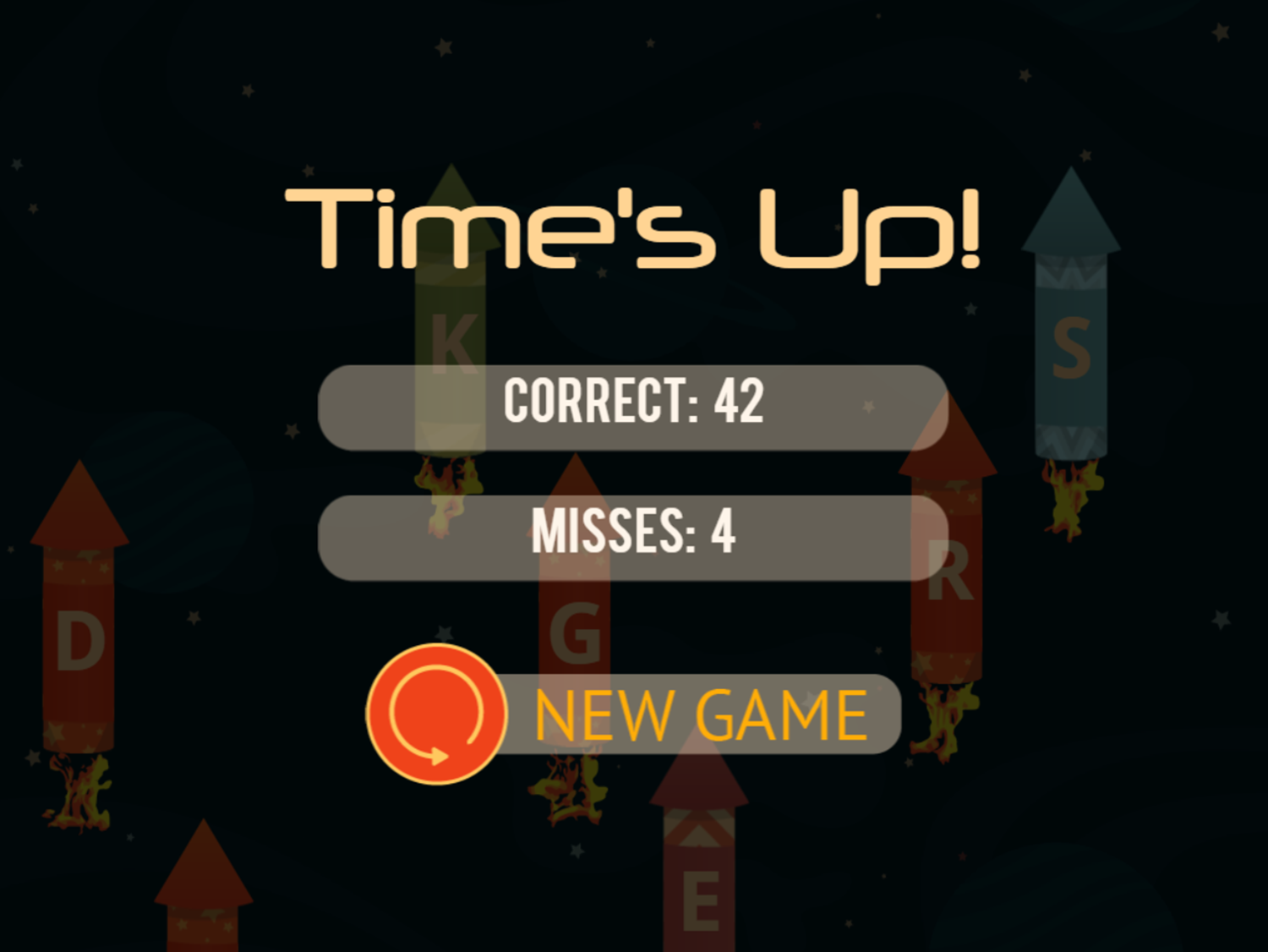