This is a 200-stage Tripeaks games with unique level designs.

Alternatively kids and adults can play this solitaire cards video game for free as a web application here.

Select cards from the tableau which are one higher or lower than the card atop the waste pile. When you can’t make any more moves draw another card from the reserves. 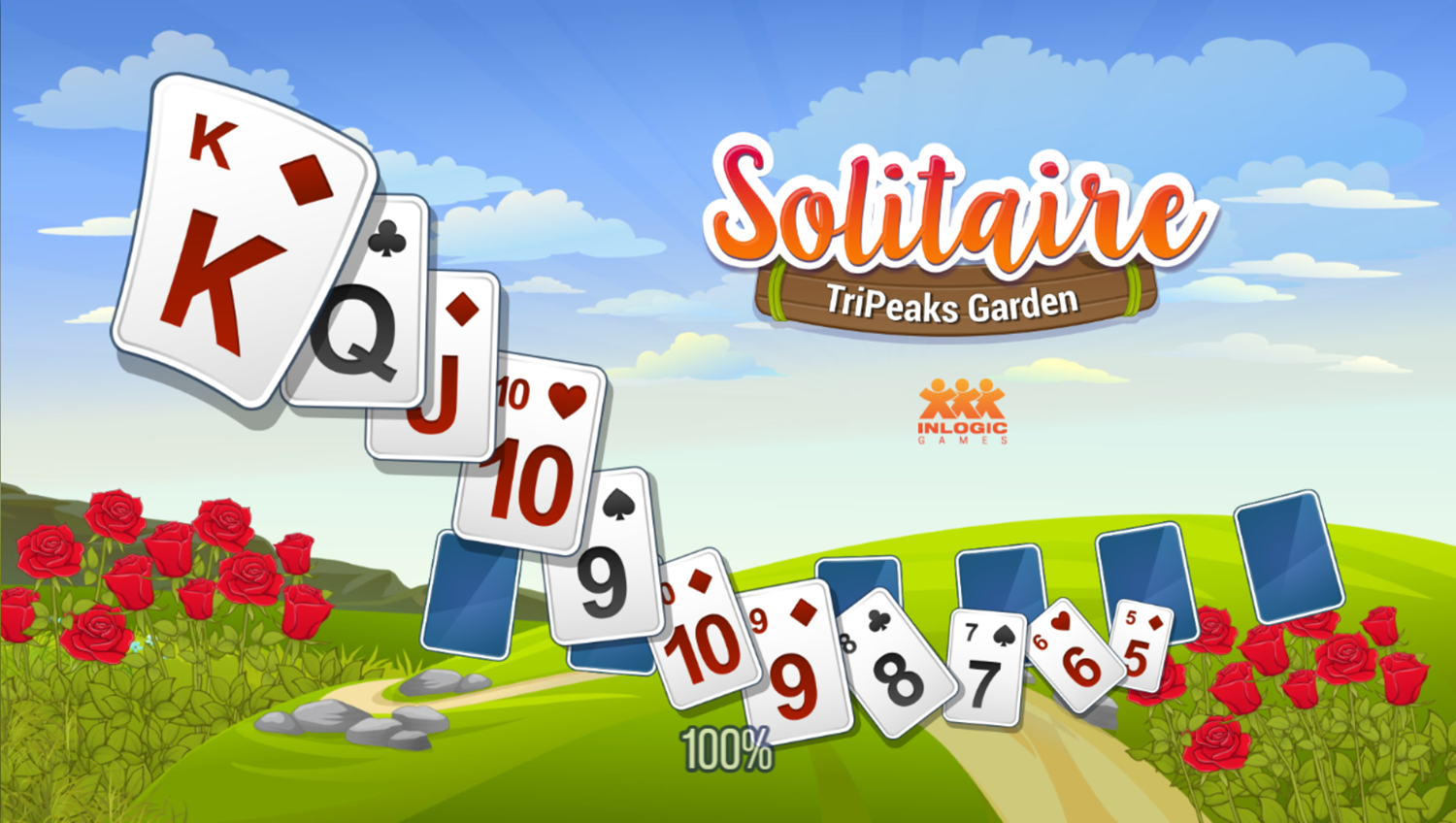 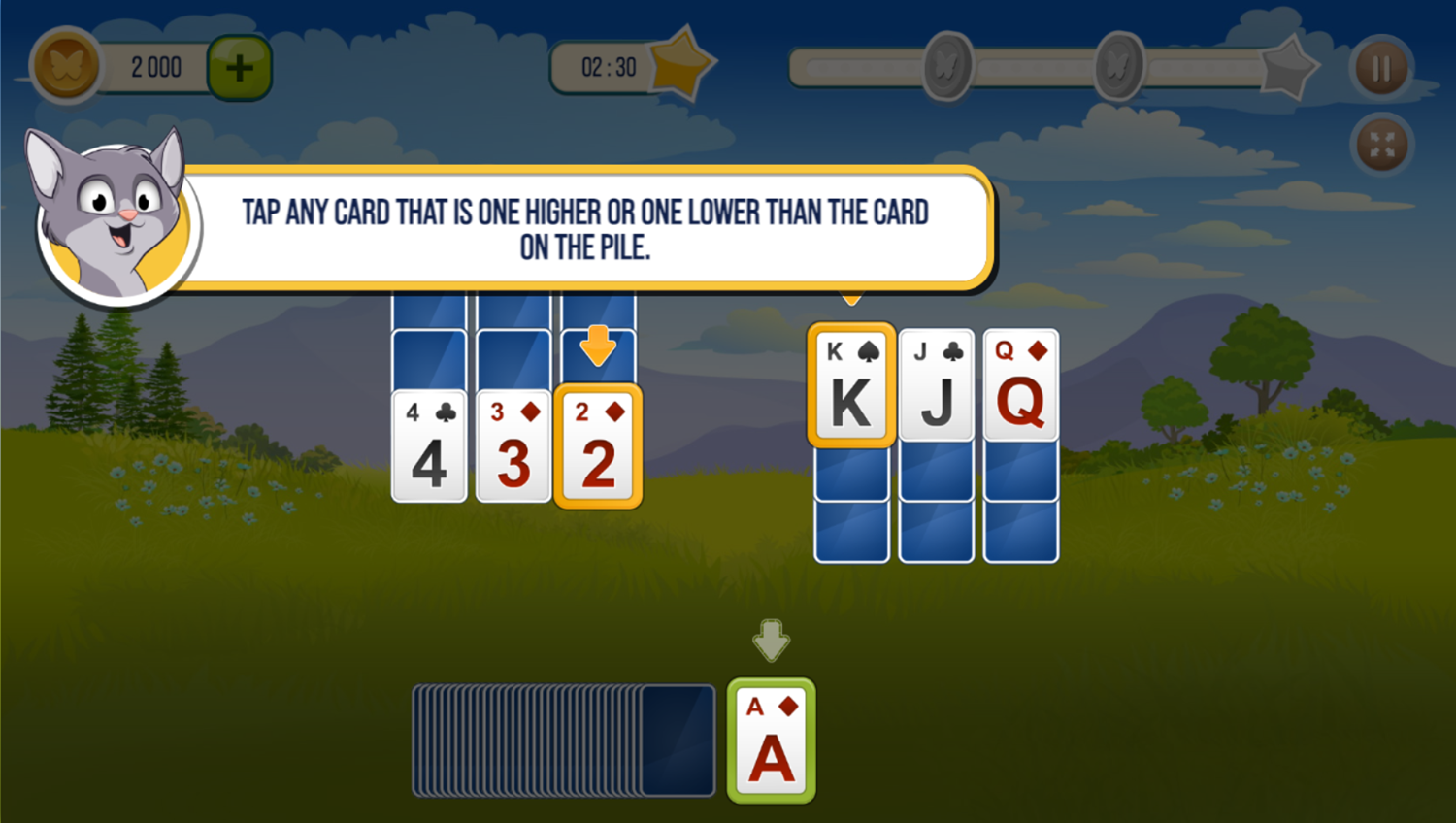 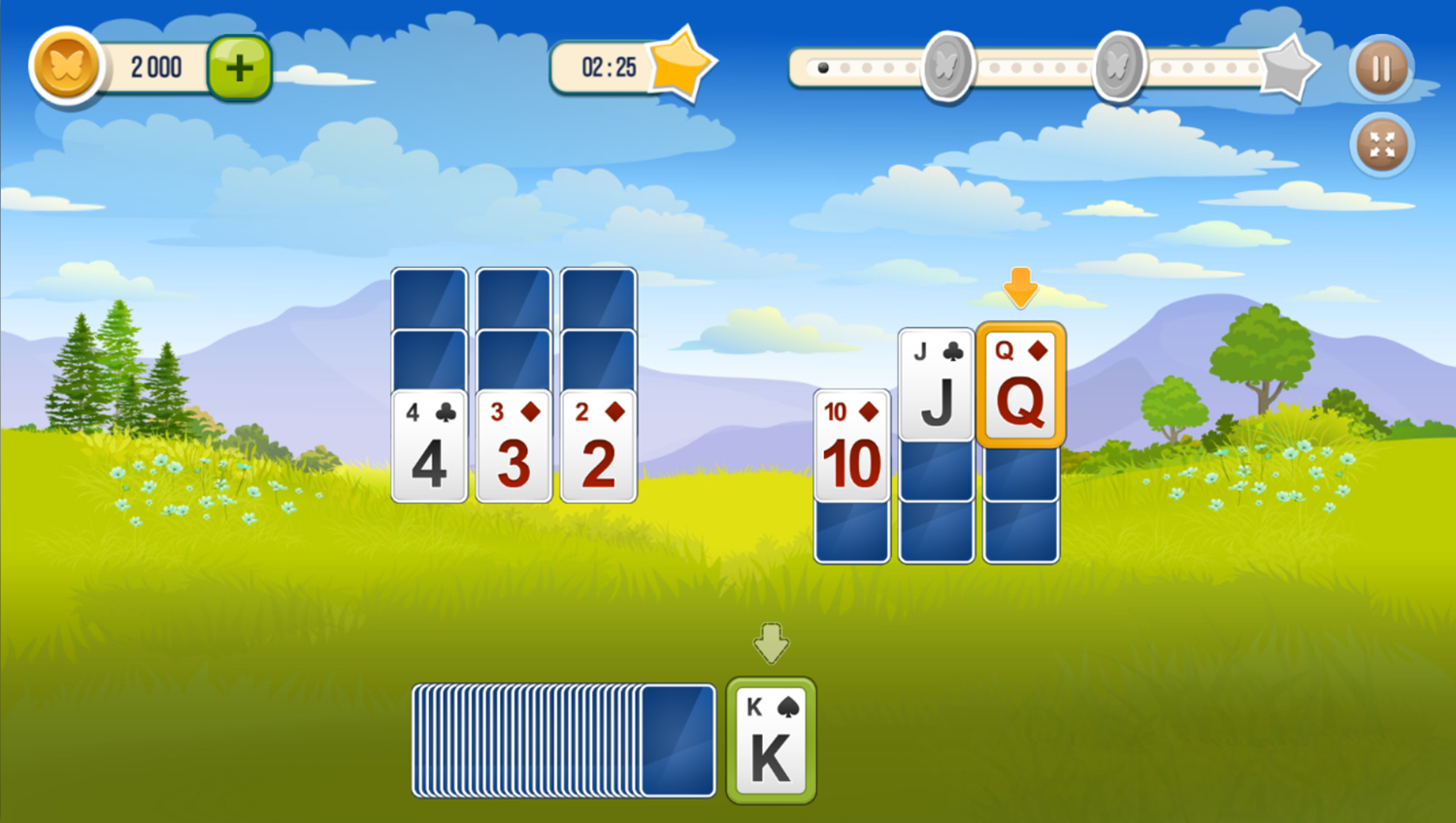 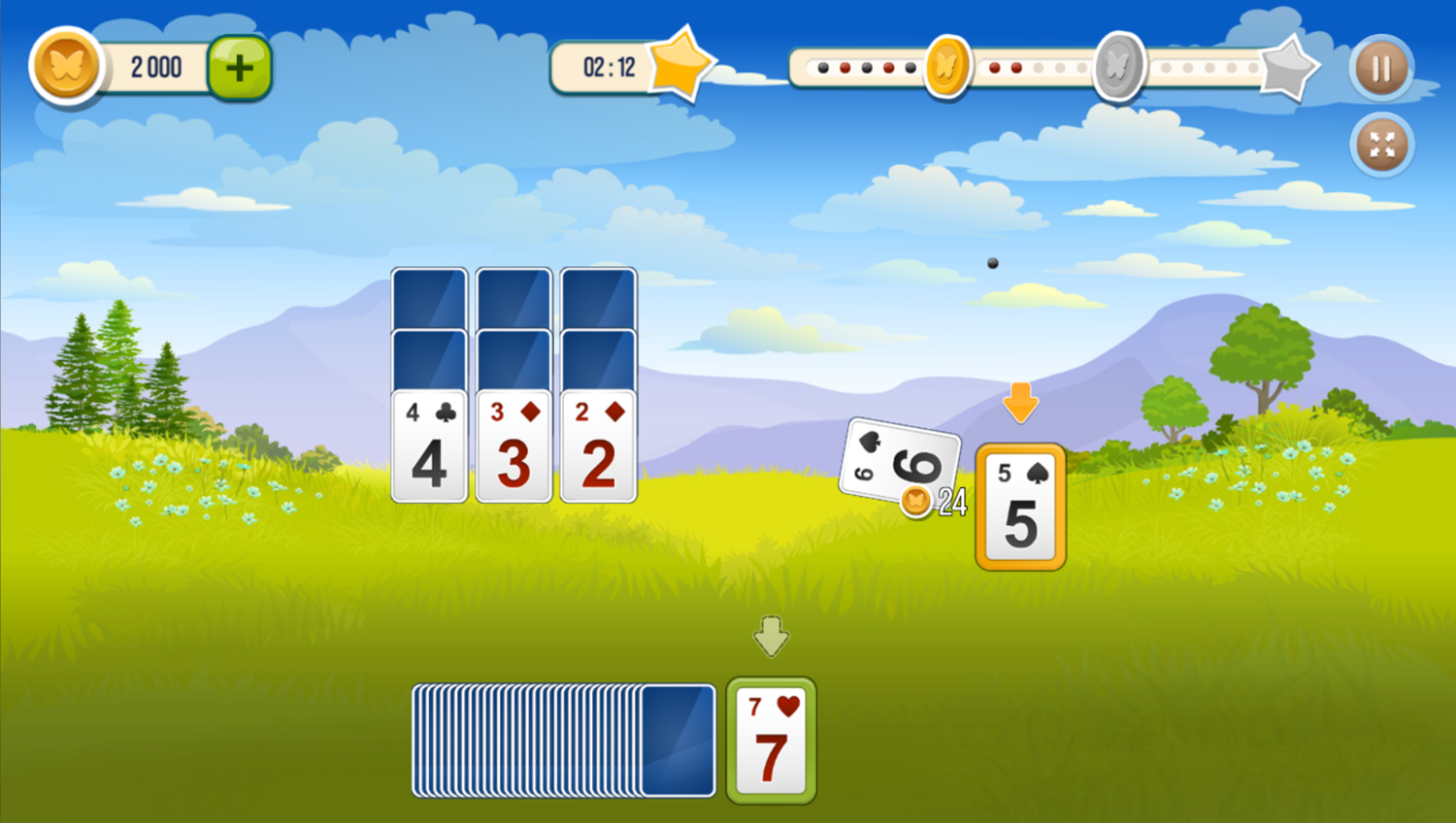 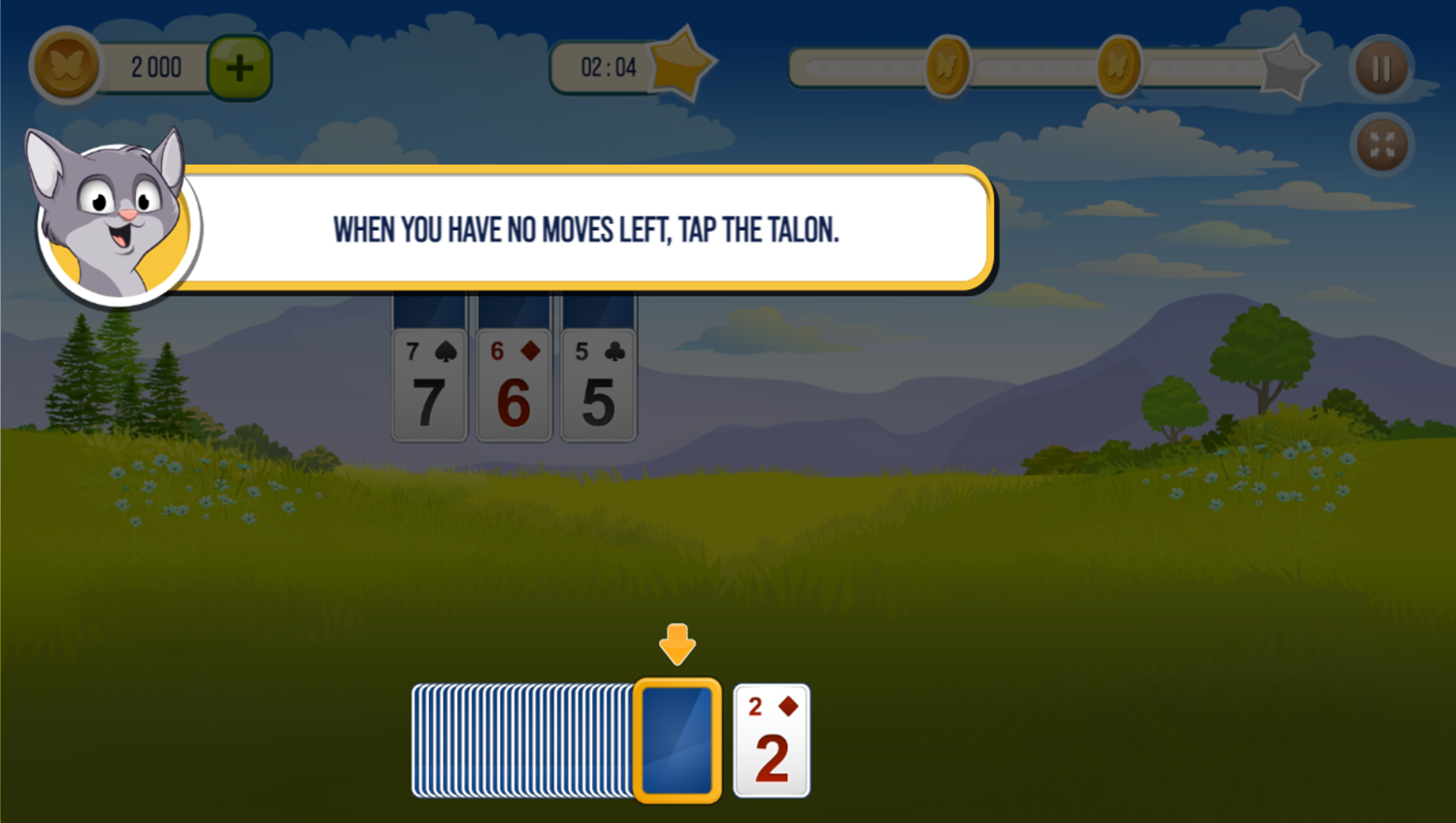 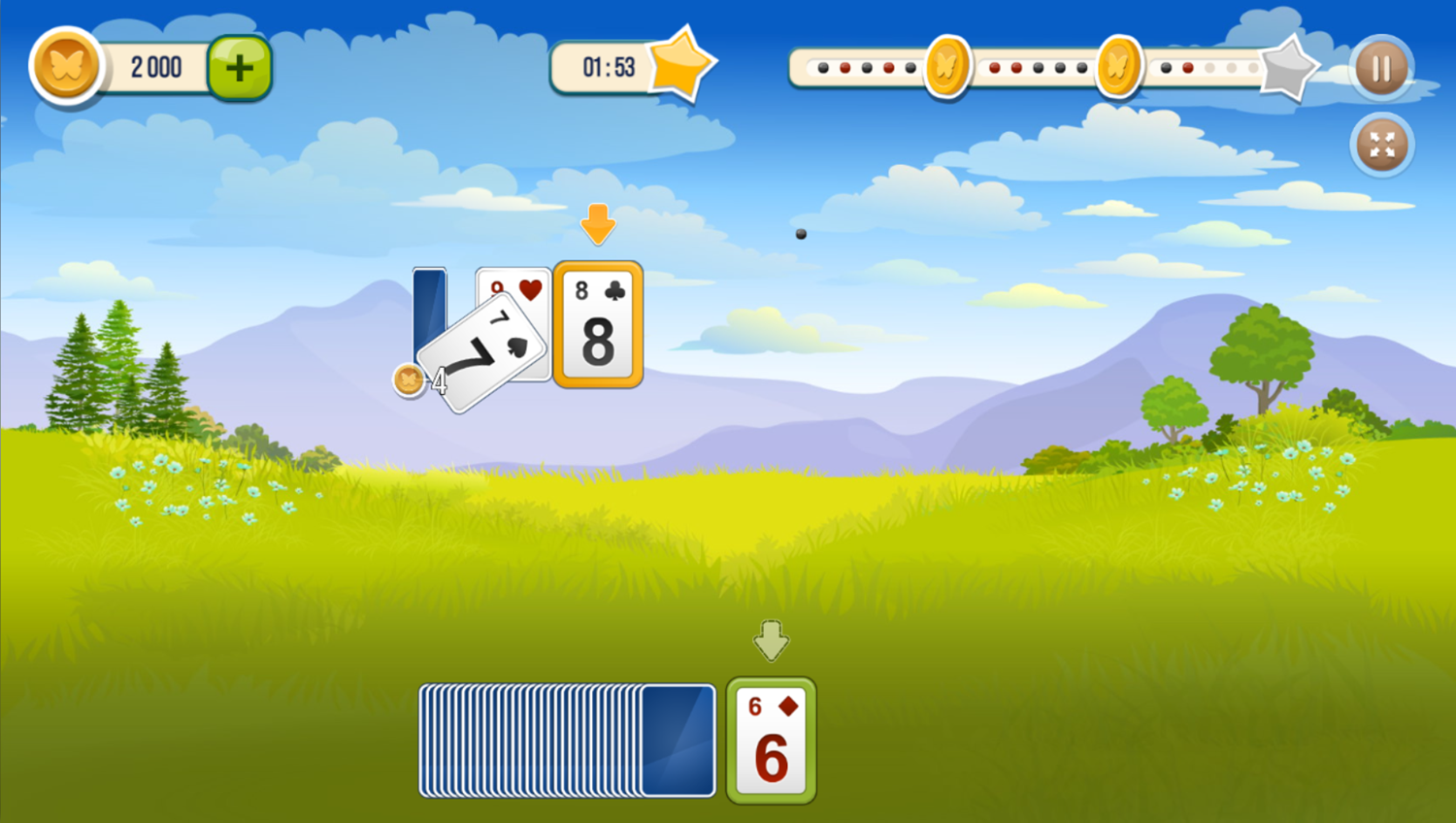 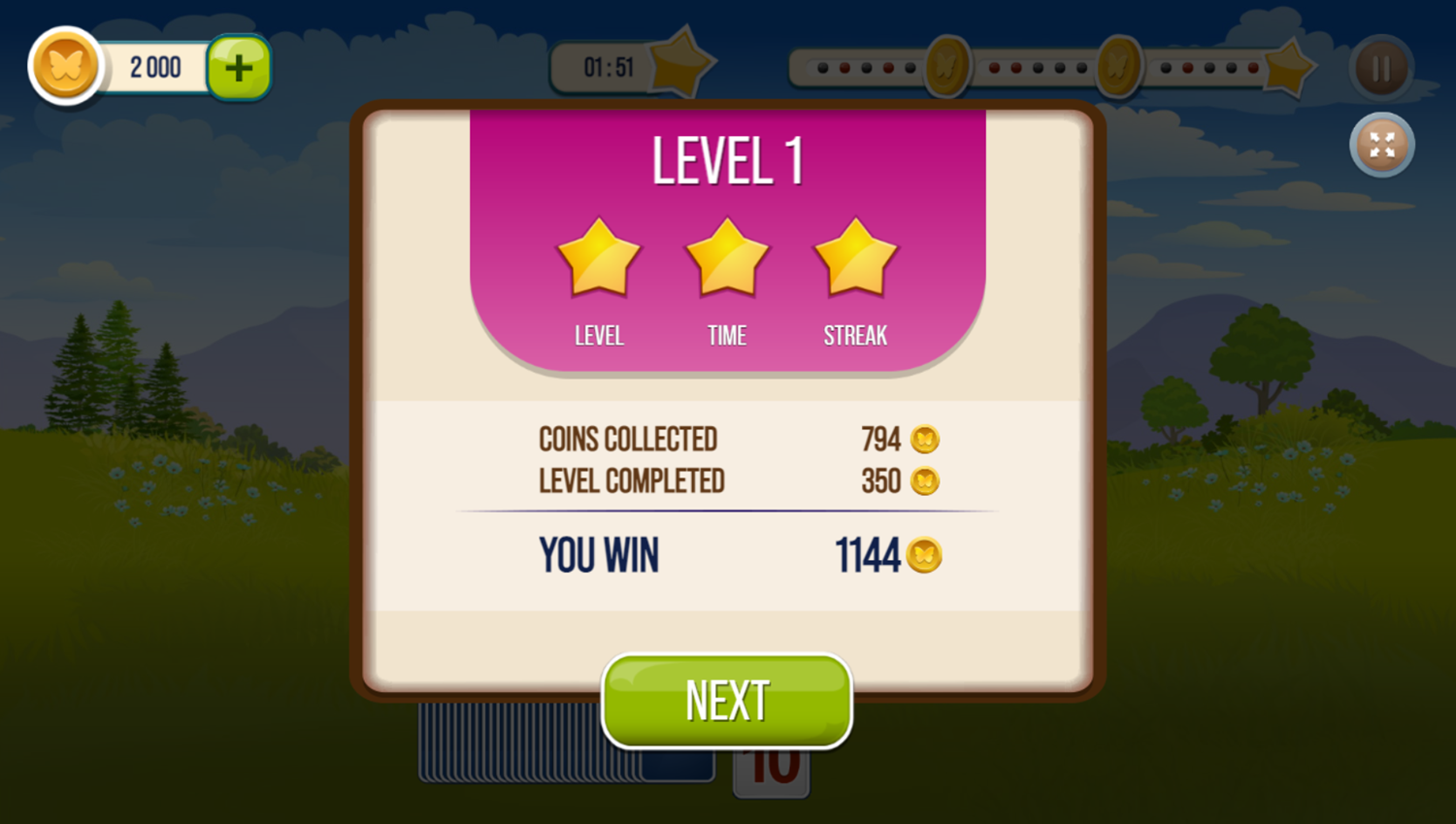 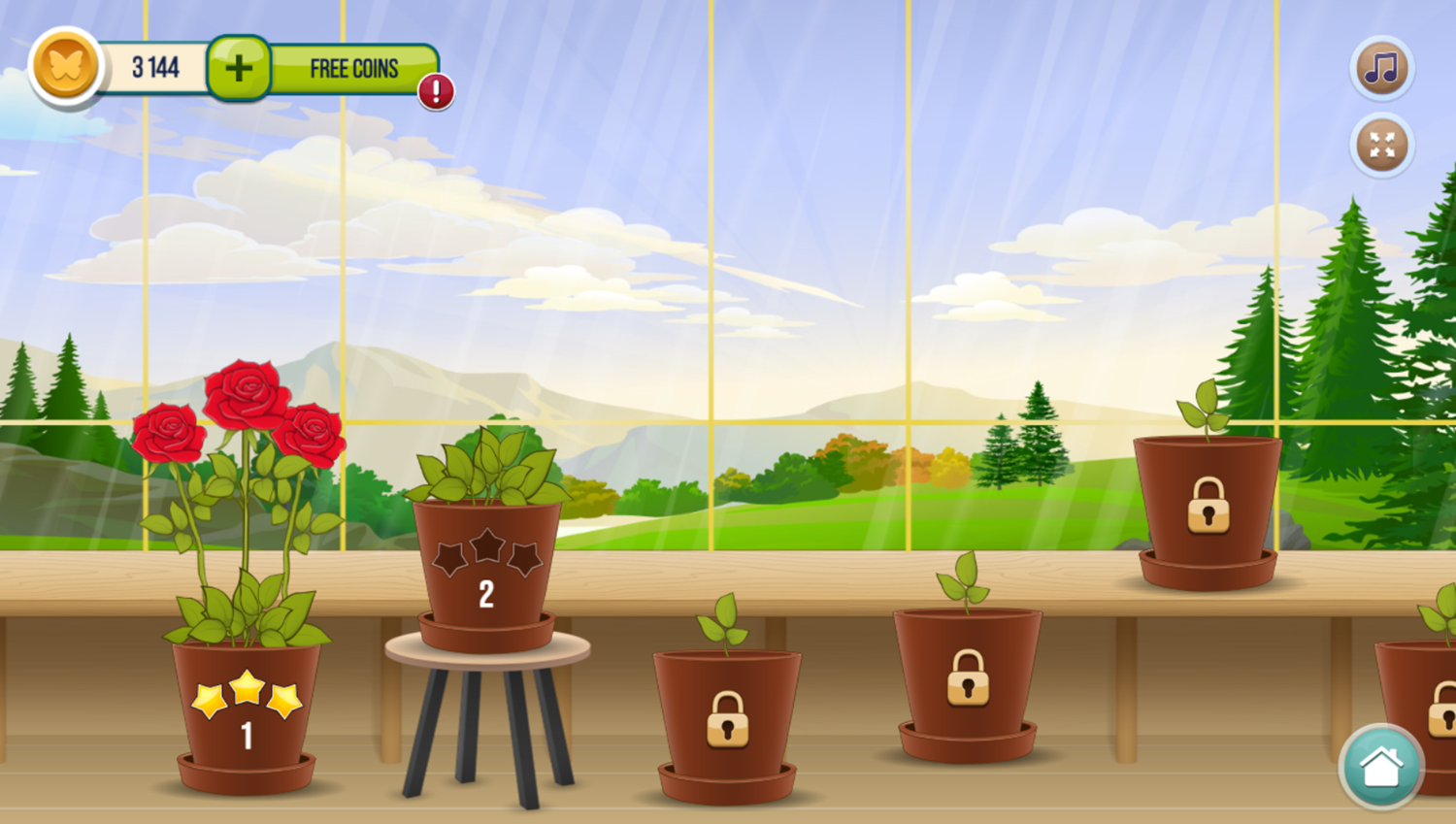