This is a 10-stage logic puzzle where you are stranded in the desert and dehydrated. You control yourself and your own mirror image which is in a wet world beneath you. You must get both versions of yourself to the level finish line.

Children and parents can play this mirror image logic puzzle game by clicking in the window below.

Alternatively kids and adults can play this logic puzzle platformer video game for free as a web application here.

Move back and forth to get both characters near the finish flags at the same time. You may need to activate switches, throw crates into the water to use them as platfroms, and go back and forth many times. Avoid falling off platform with either character or bumping into anything sharp. 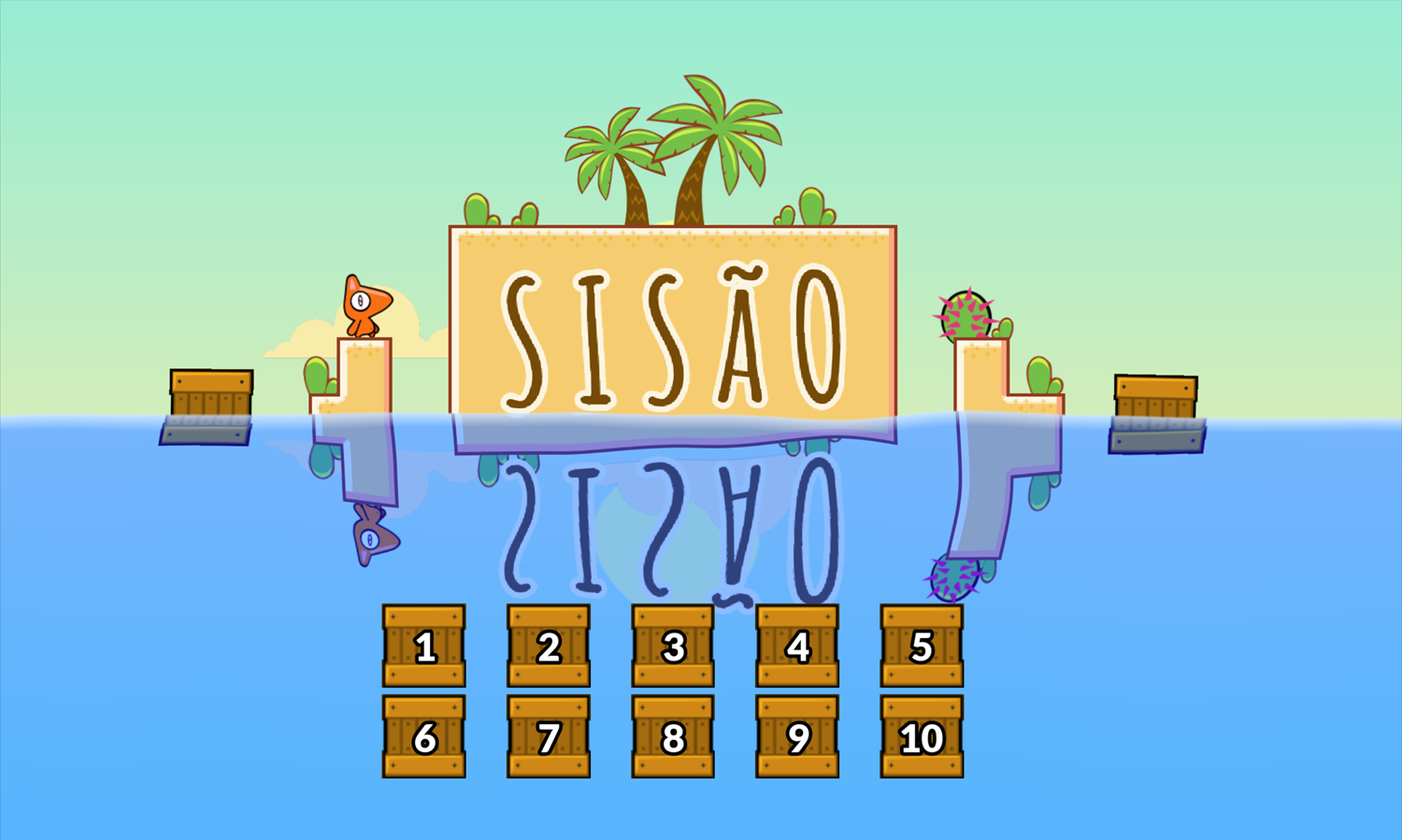 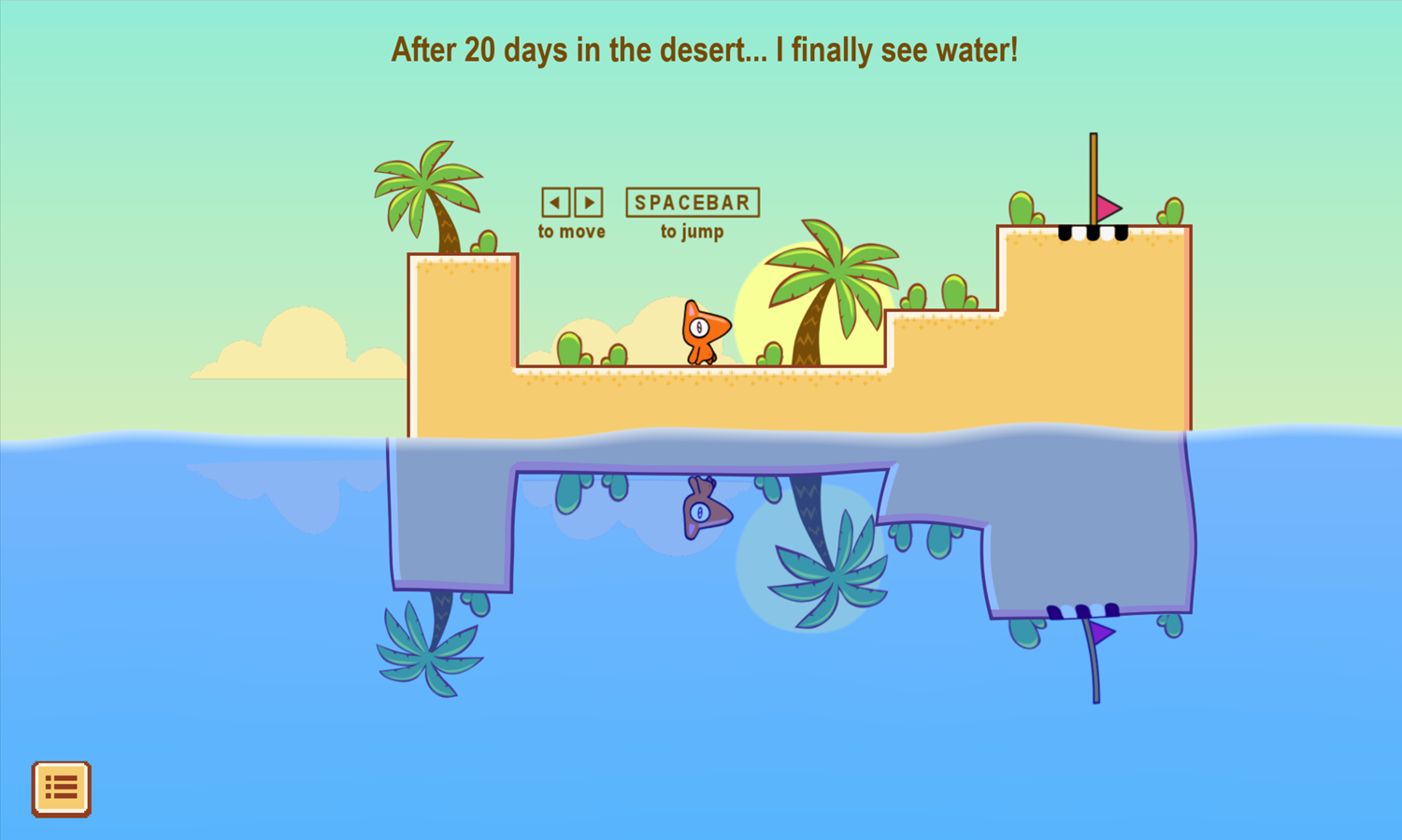 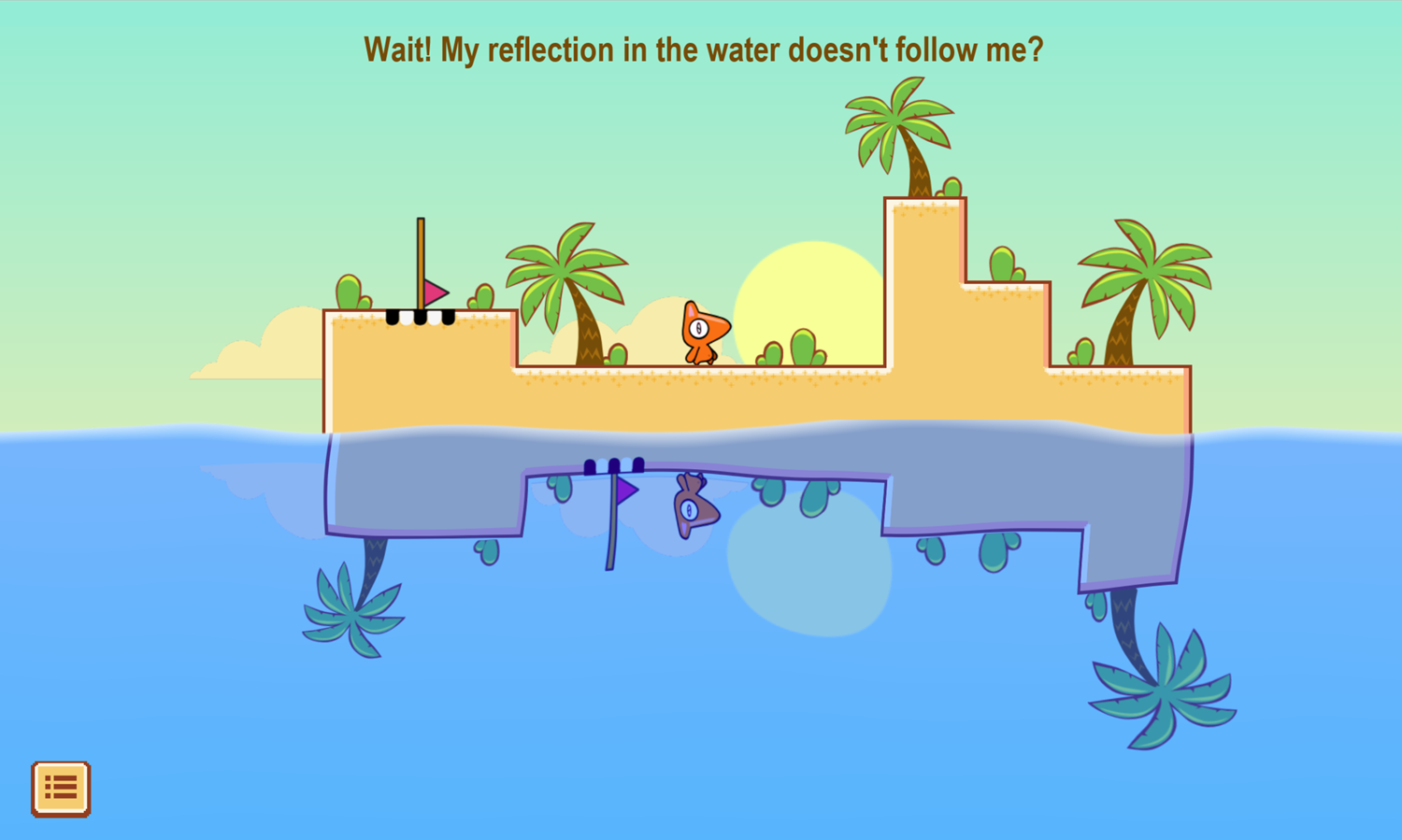 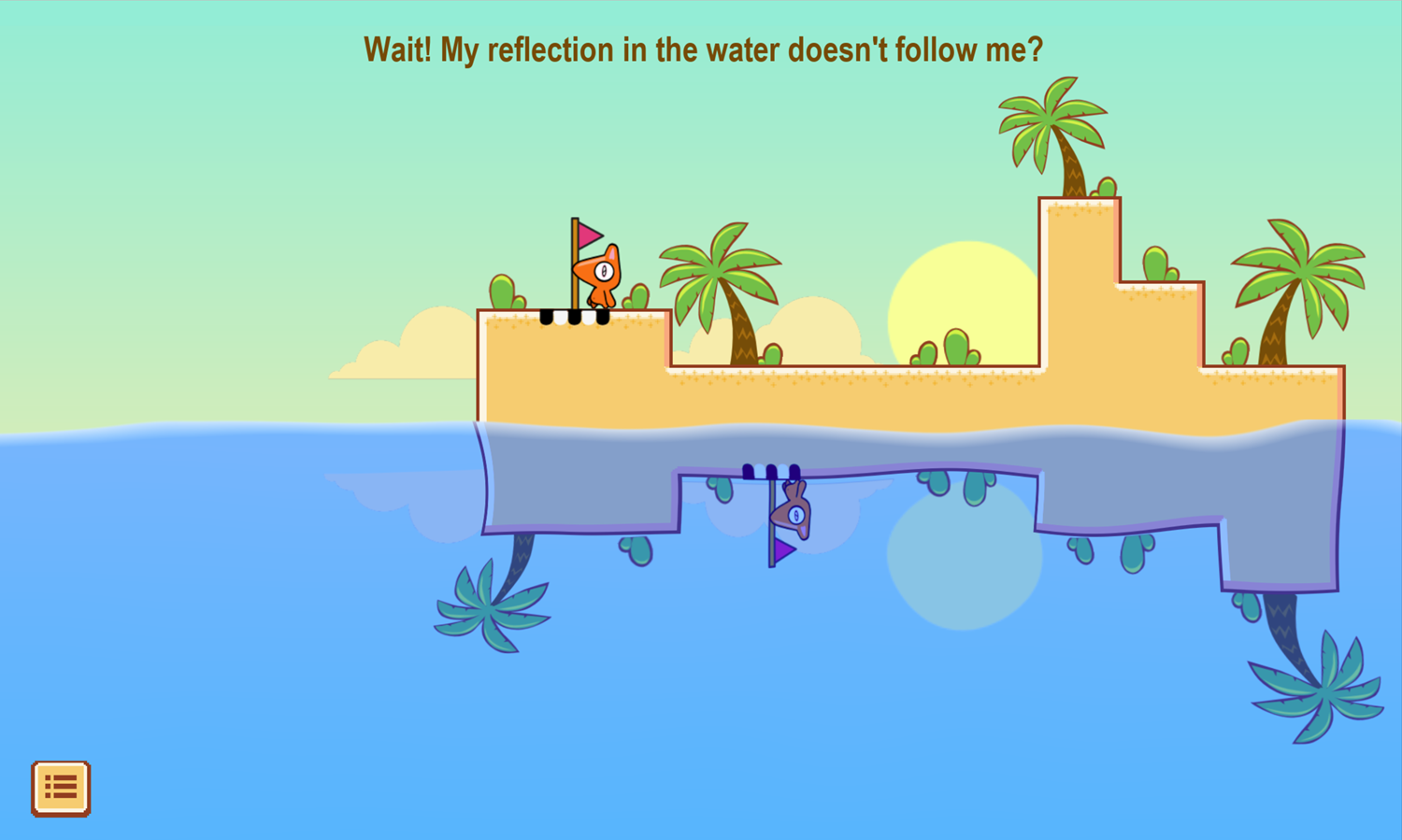 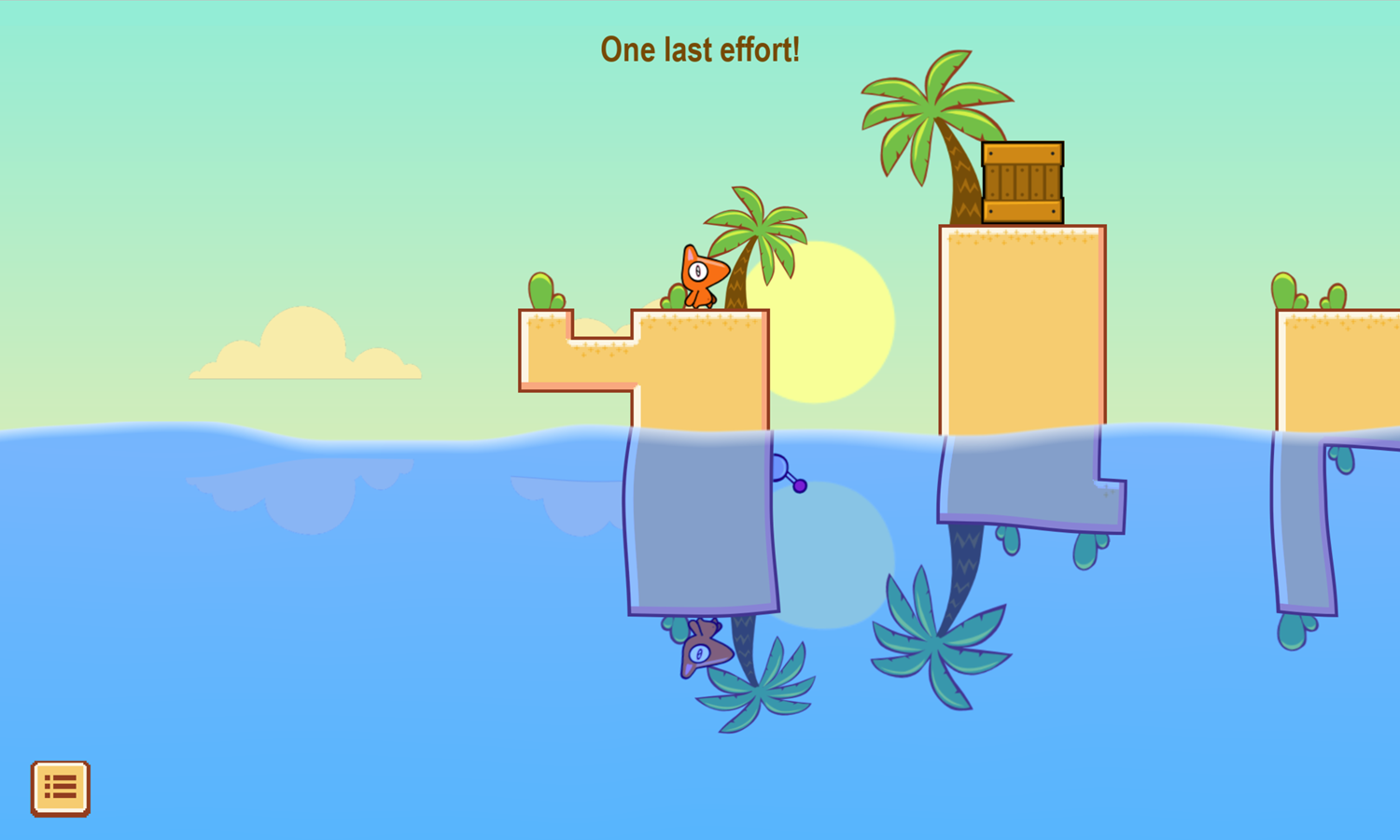 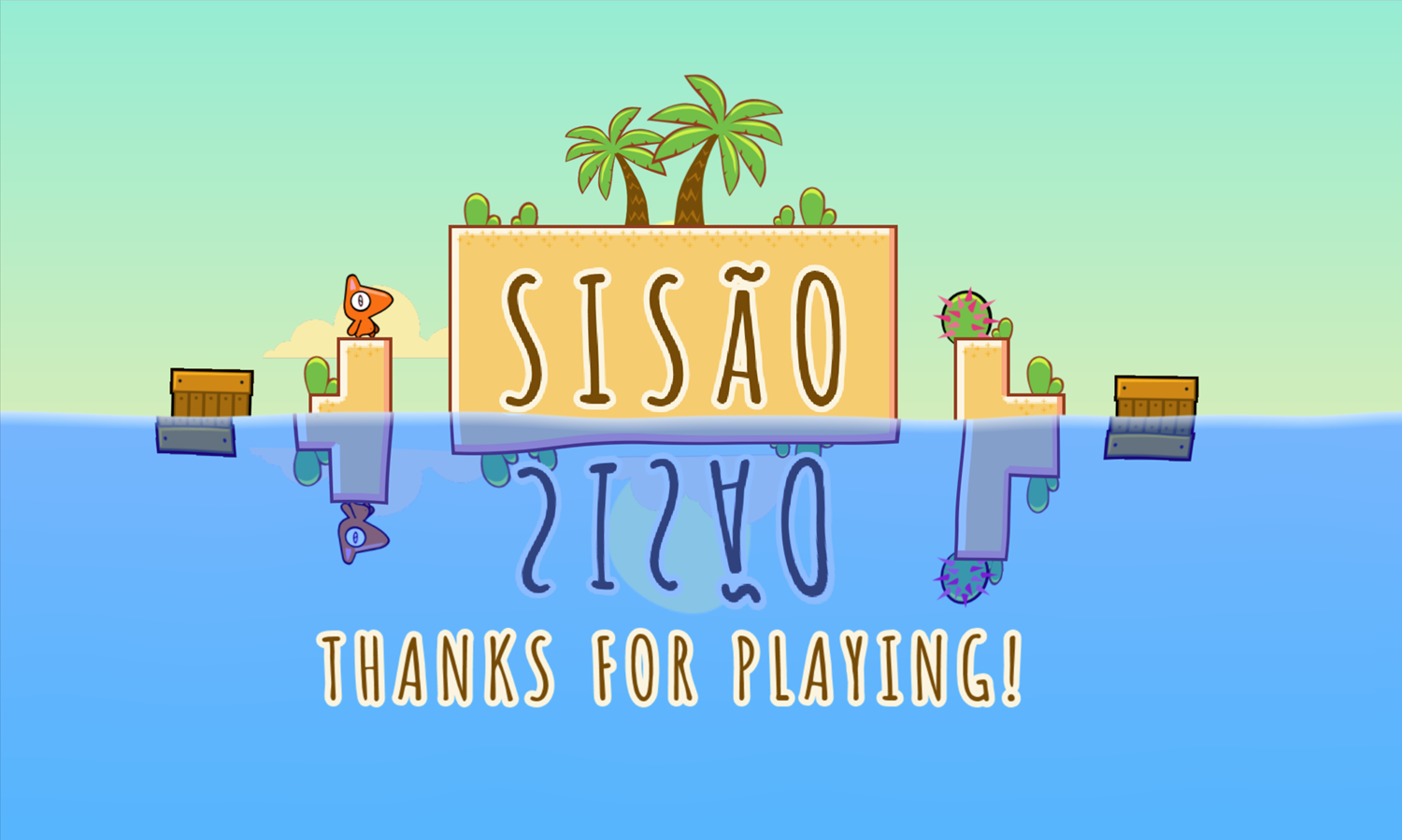