This is a bird-themed mathematics sorting game that tests a learner’s knowledge of the values of non-whole numbers. Arrange each of the birds according to the size of the number on their bellies. The catch? These numbers can be fractions, decimals, or percentages.

Children and parents can play this educational number learning game by clicking in the window below.

Alternatively kids and adults can play this fractions, decimals & percentages video game for free as a web application here.

Arrange the birds based on the size of the fraction, decimal, or percentage shown in their bellies. 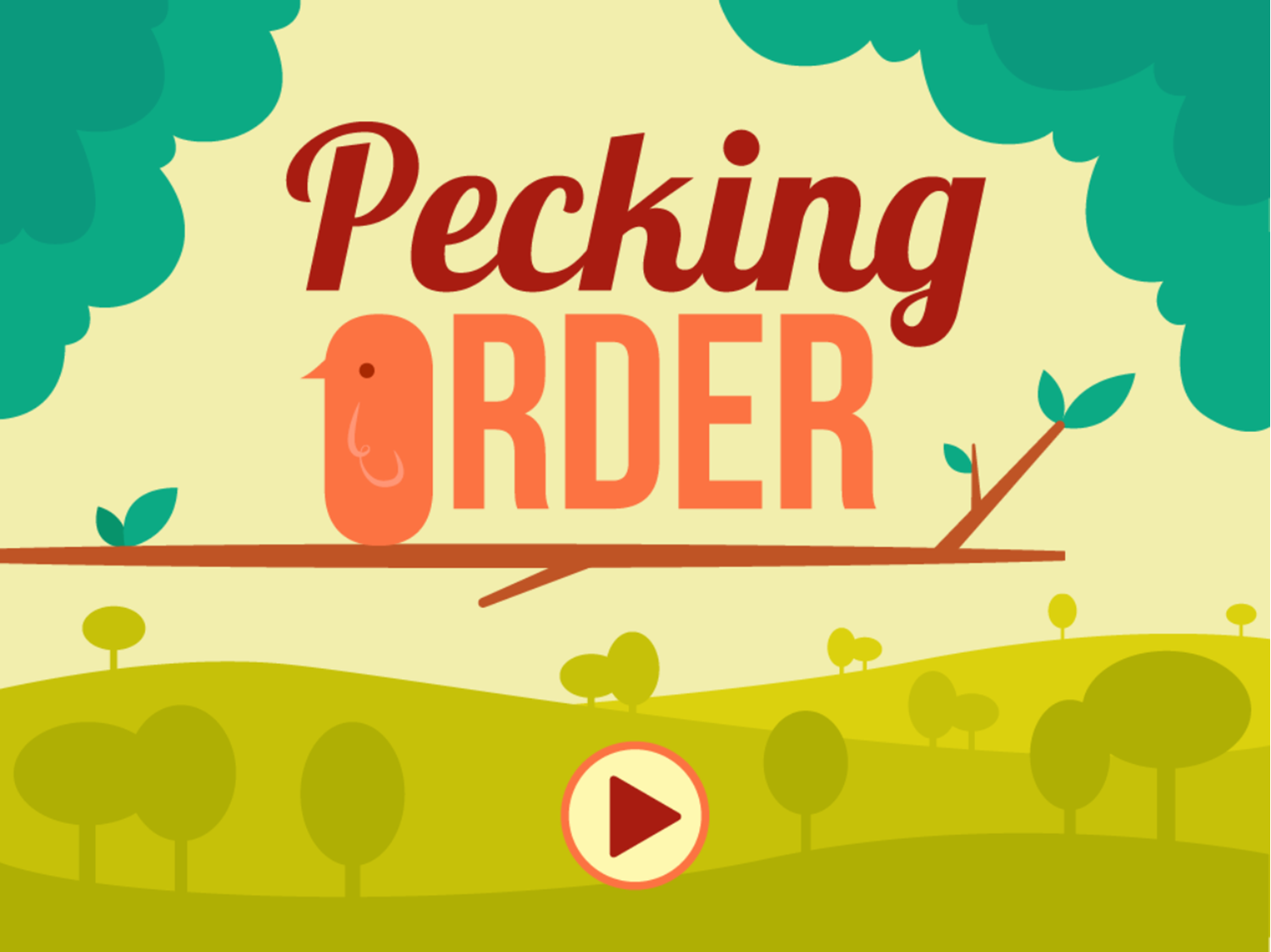 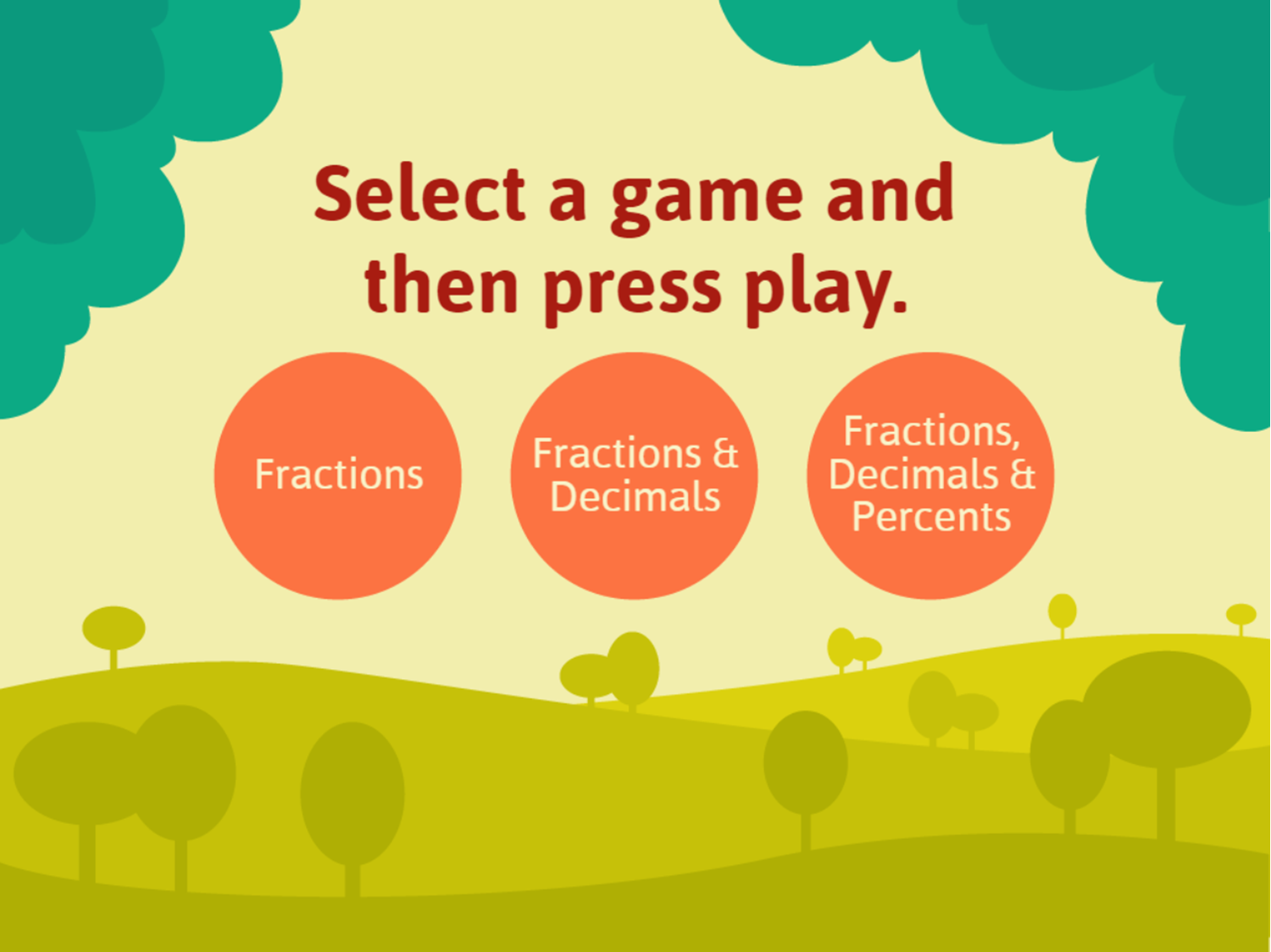 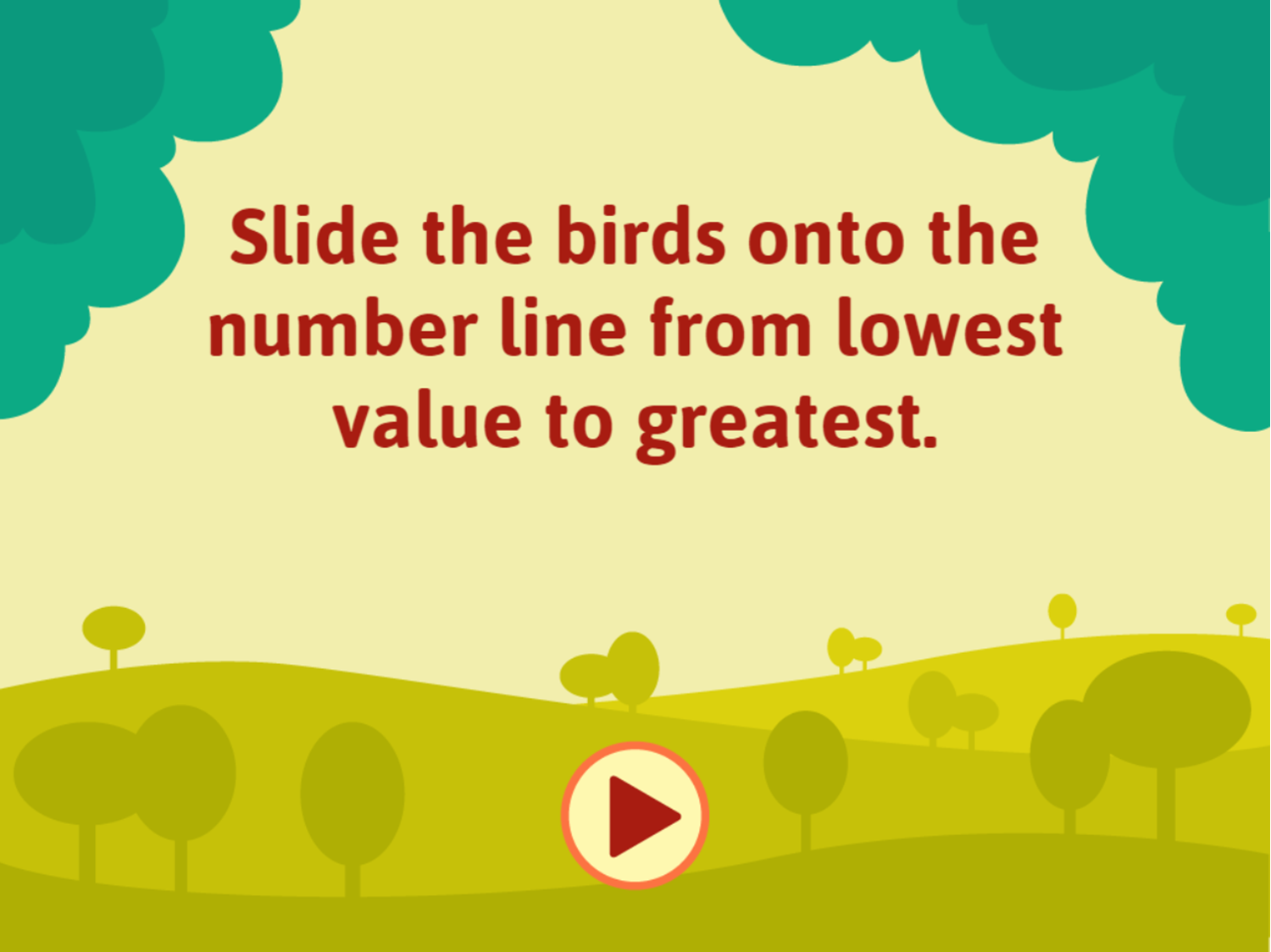 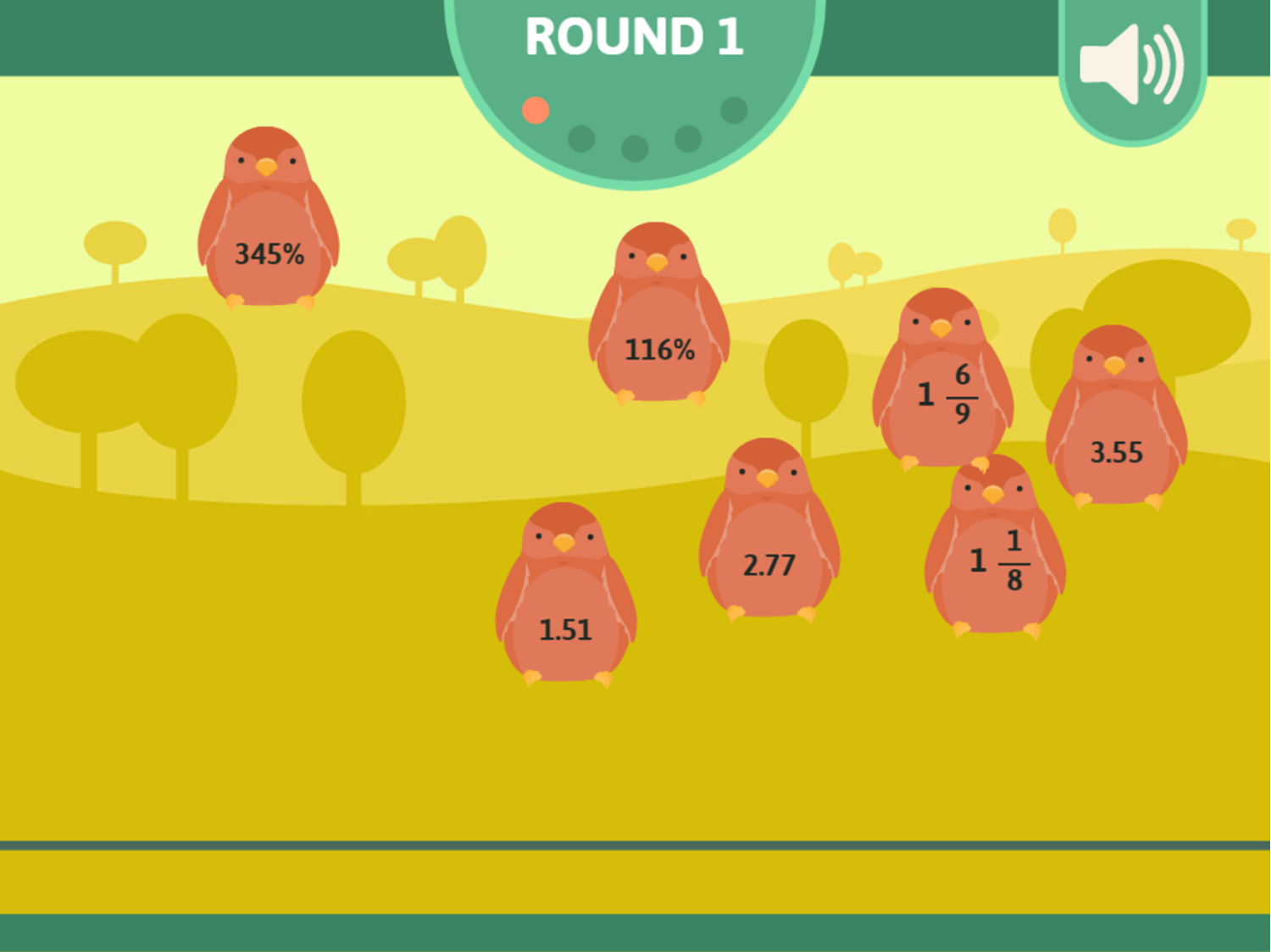 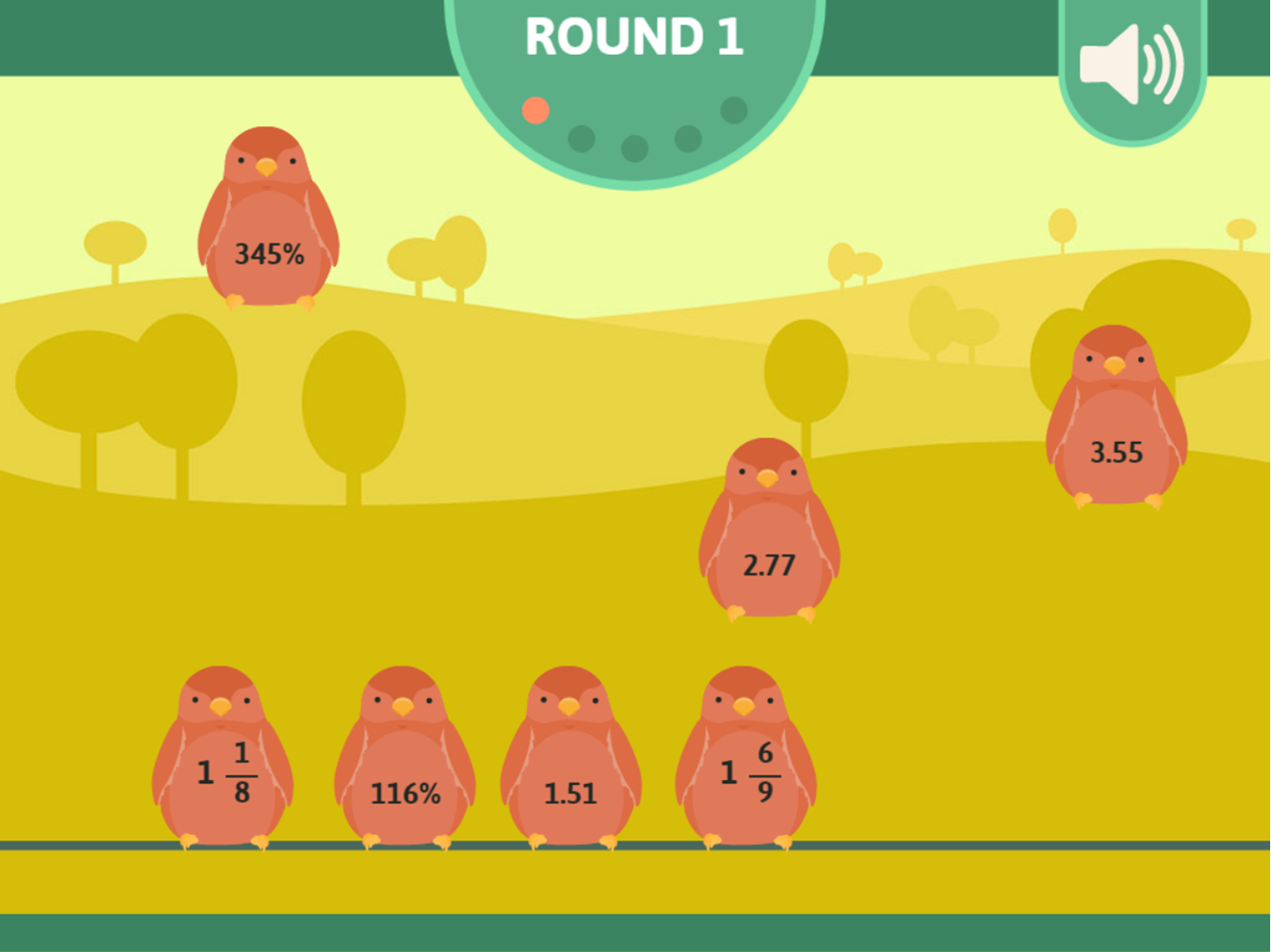 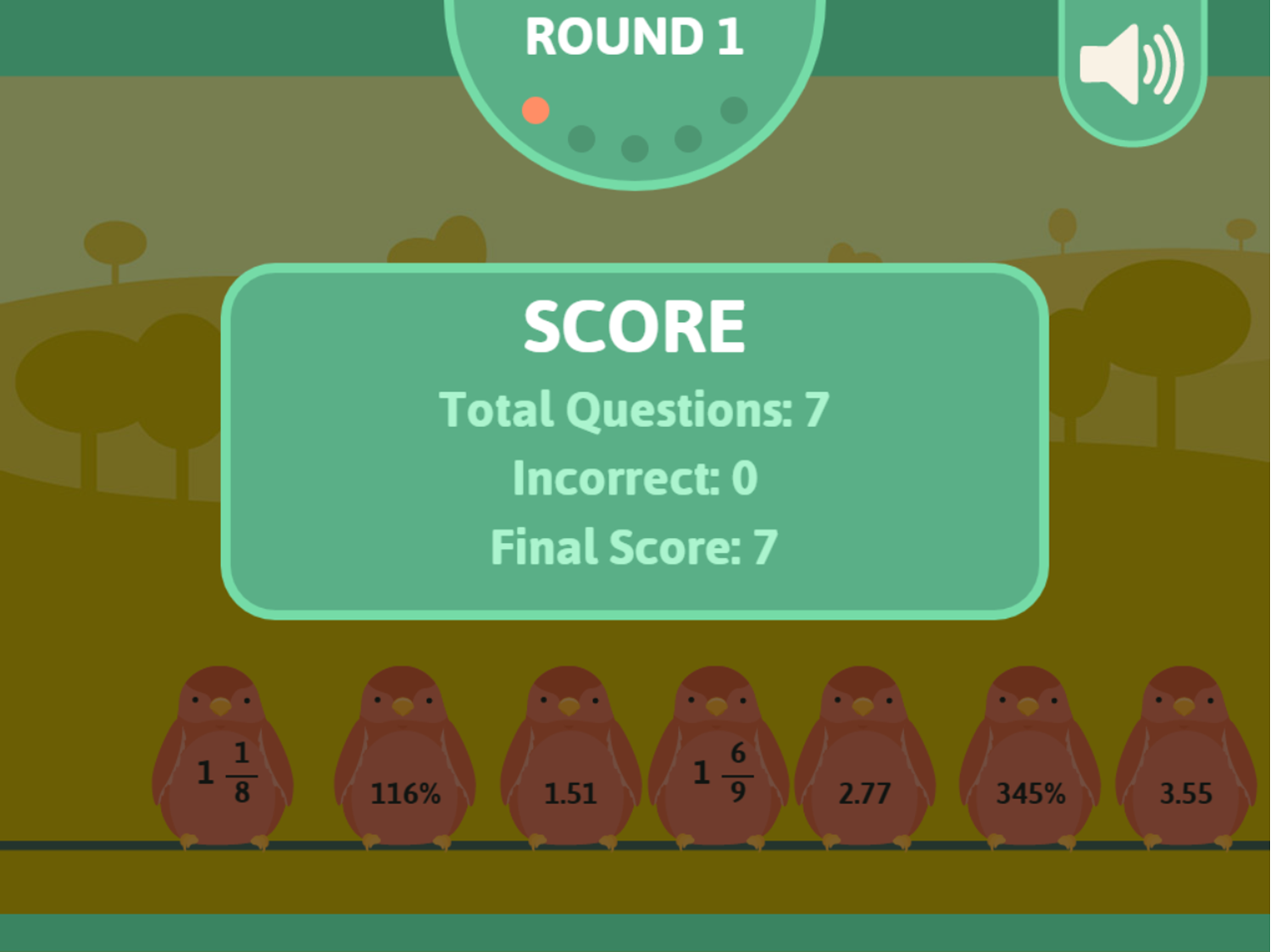 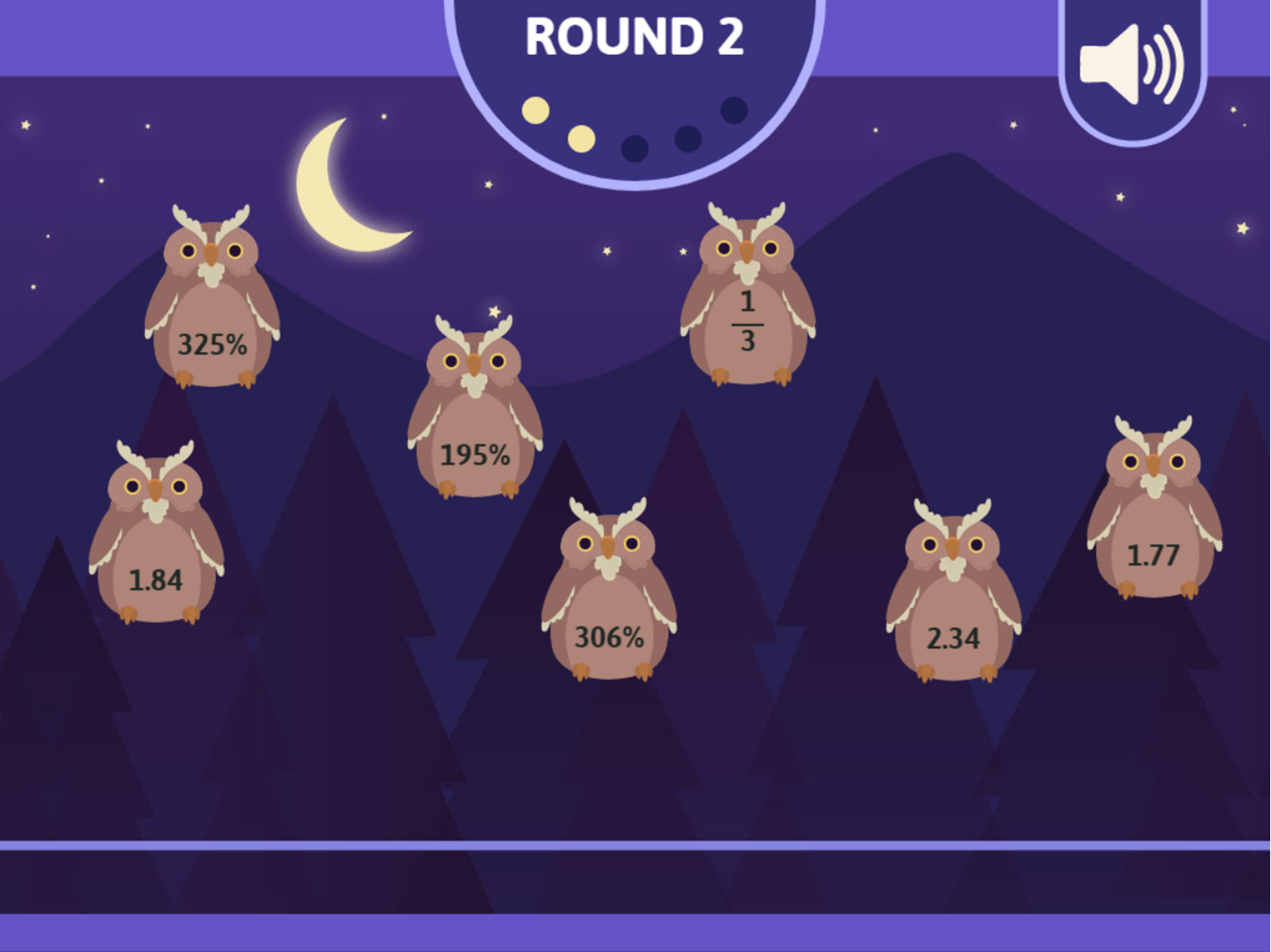 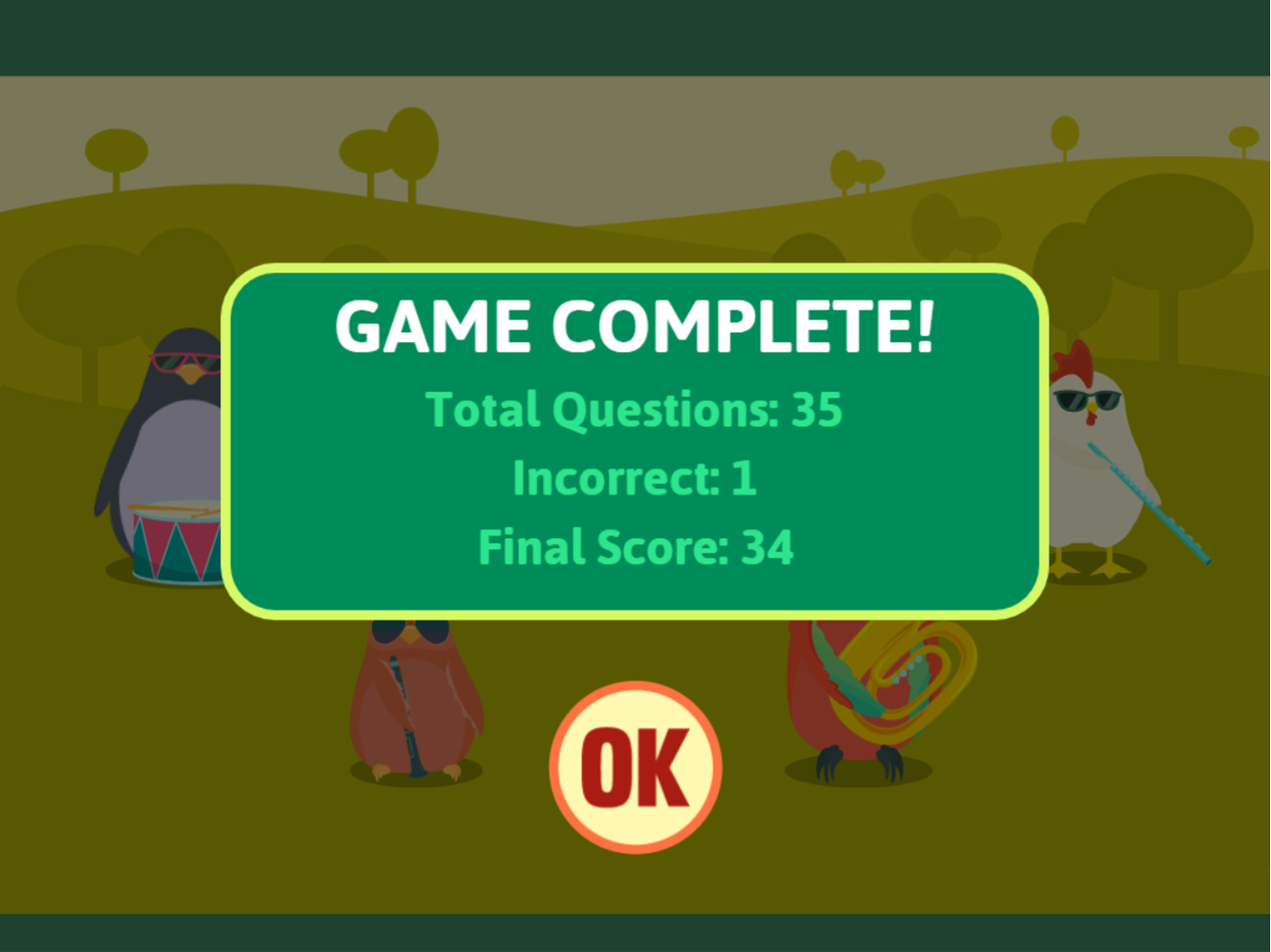 This game was published in these categories: Fractions, Numbers, Sorting. You can visit any of them to select other fun games to play.