A field of asteroids is careening toward the Earth. To prevent another dinosaur incident, it’s up to you to fire lasers at them to keep them from falling. But it won’t be easy. You must shoot them at the right order. Luckily, the asteroids are labeled. Match the asteroids with the part of speech they represent to take them out.

Children and parents can play this word classification game by clicking in the window below.

Alternatively kids and adults can play this word type space shooter video game for free as a web application here.

Shoot down the asteroids labeled with words that match the part of speech on your rocket. Clear all the asteroids to save the Earth. 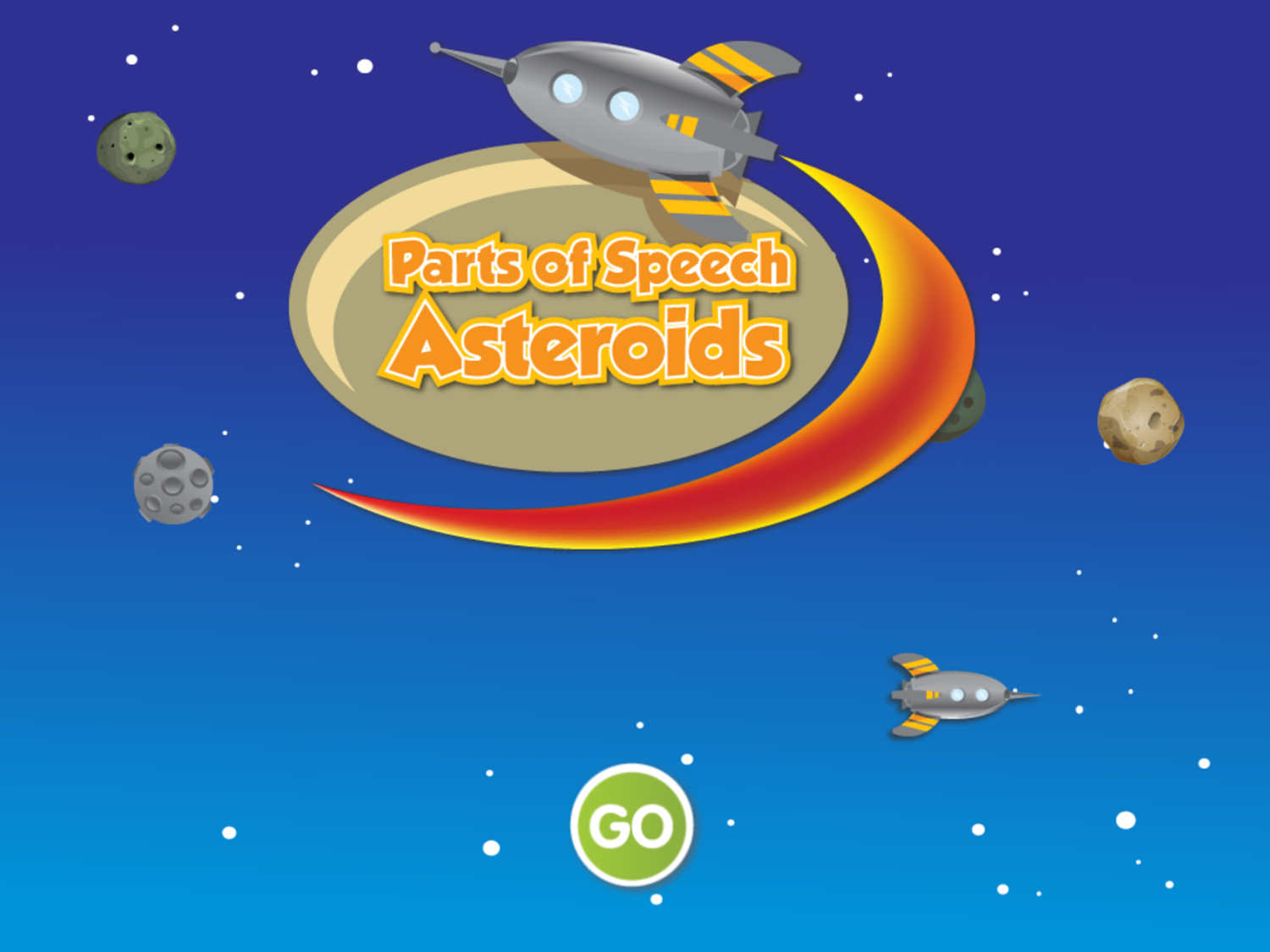 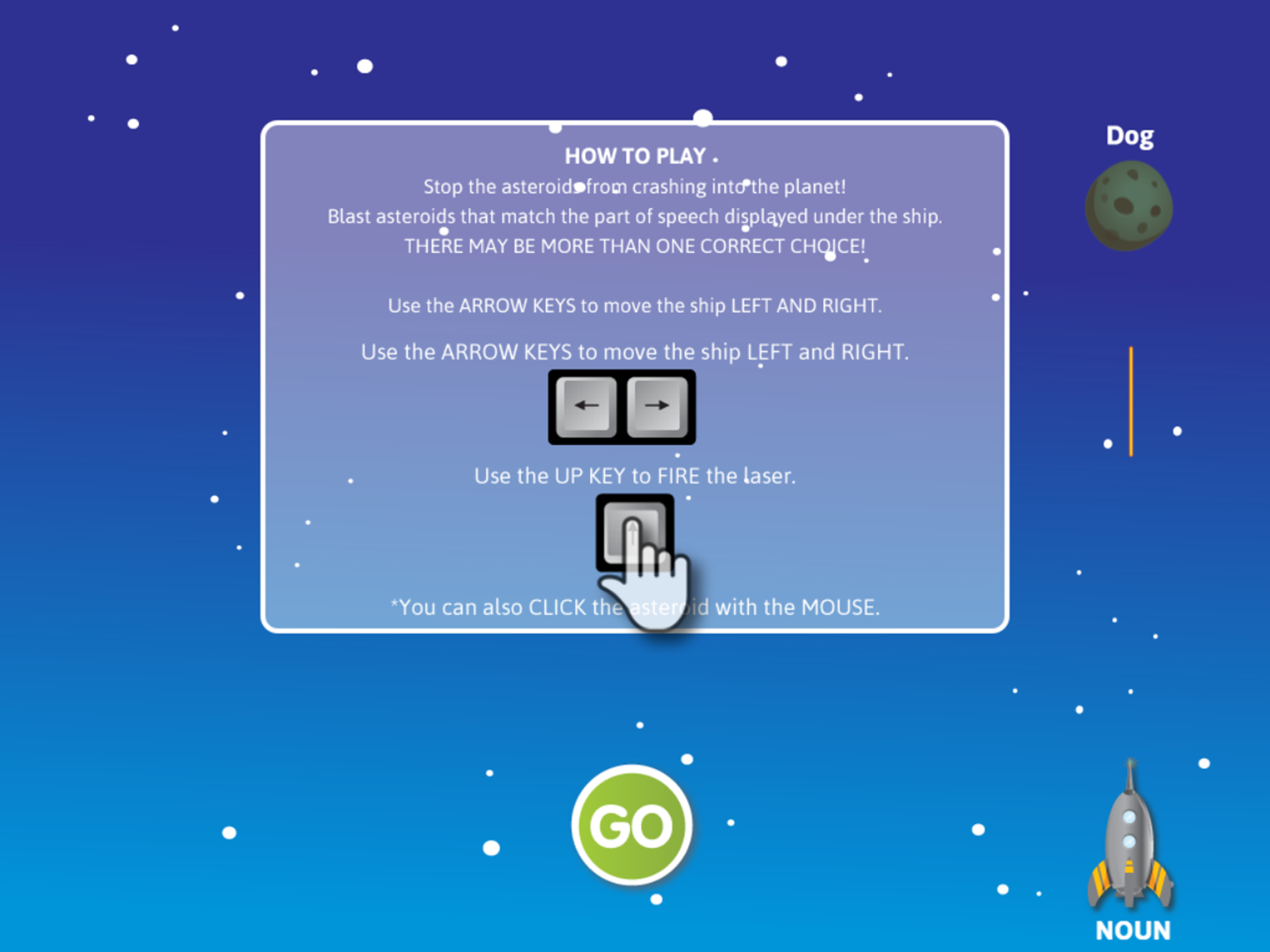 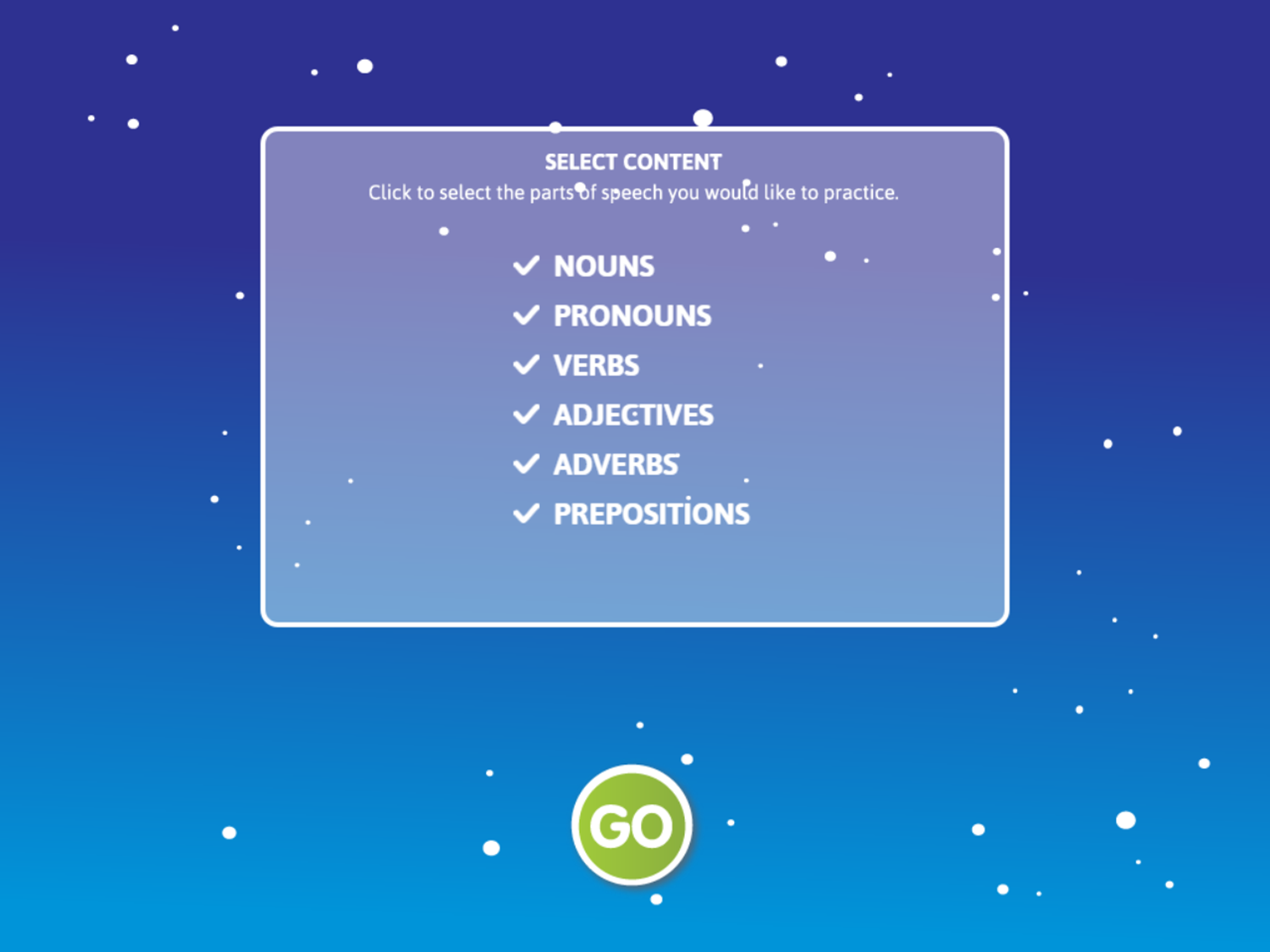 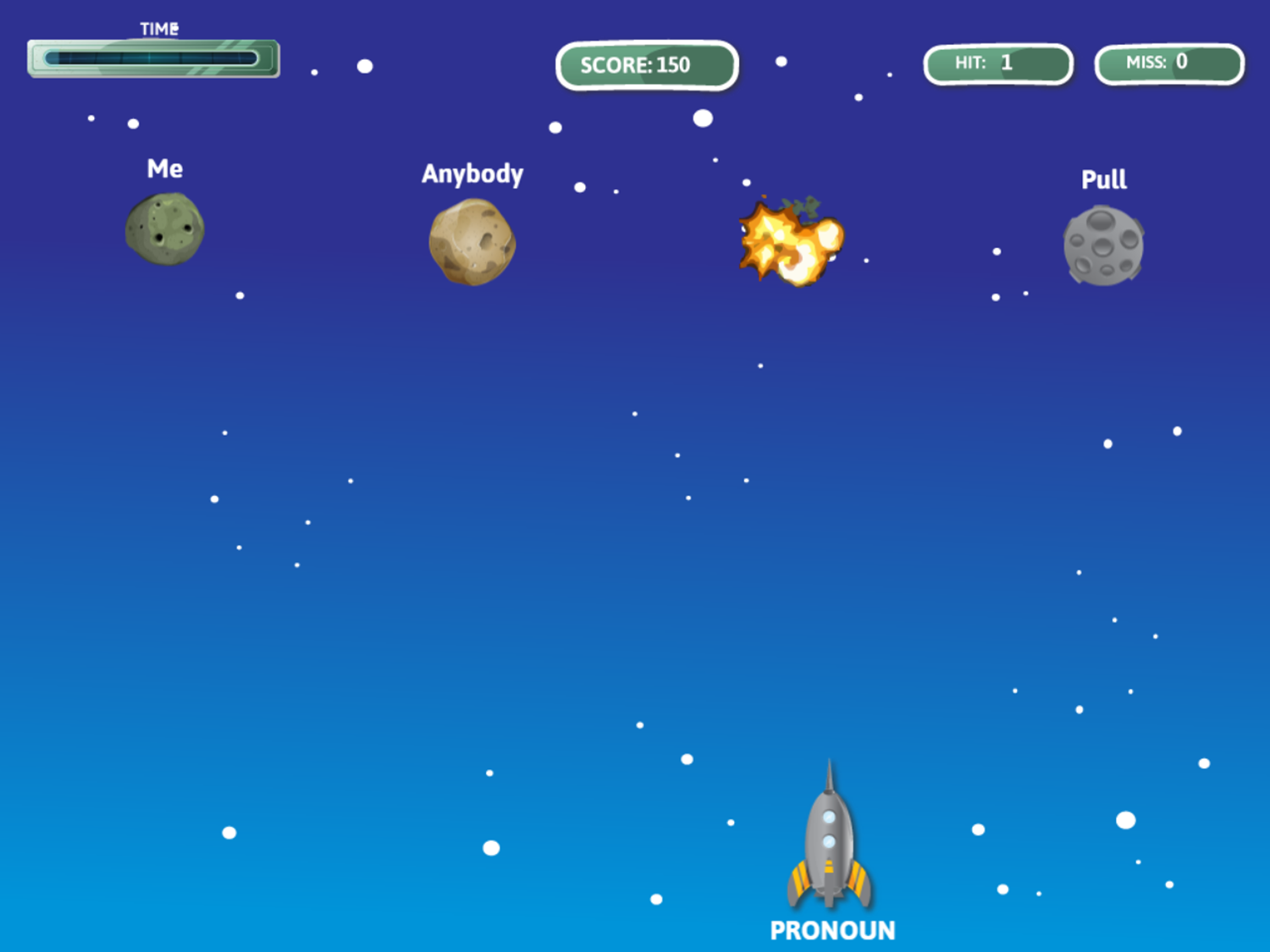 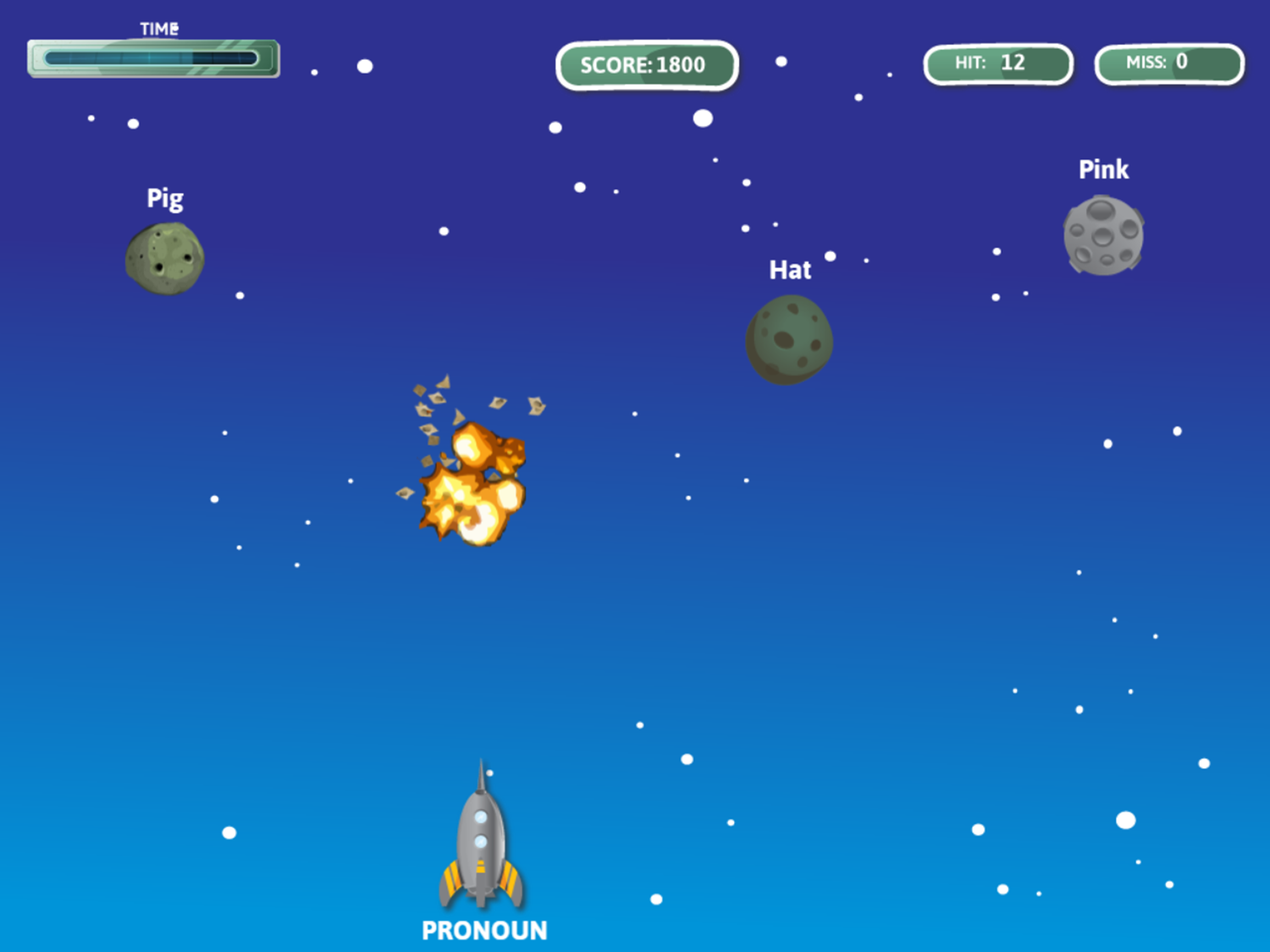 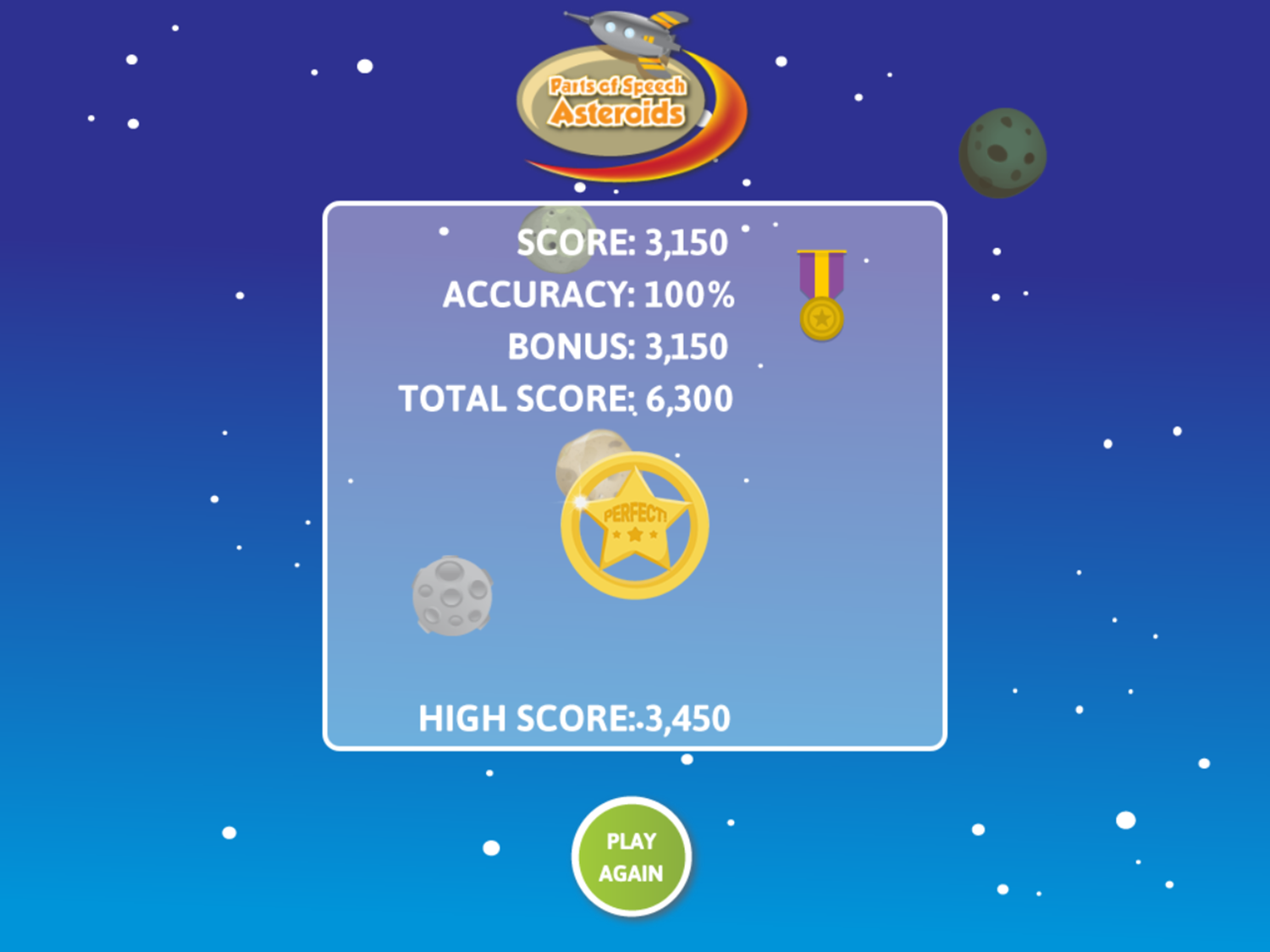