This is a 45-level logic puzzle game where players try to follow the pattern shown at the top of the screen while collecting juice boxes as they make their way to the level exit.

Children and parents can play this fun number patterns game by clicking in the window below.

Make your way through the logic puzzle by stepping on cells that match the numbers in the sequence shown at the top of the screen. Collect all 3 juice boxes and exit to the next level at the top.

Like This Game? Review This Number Pattern Recognition Game for Young Girls & Boys 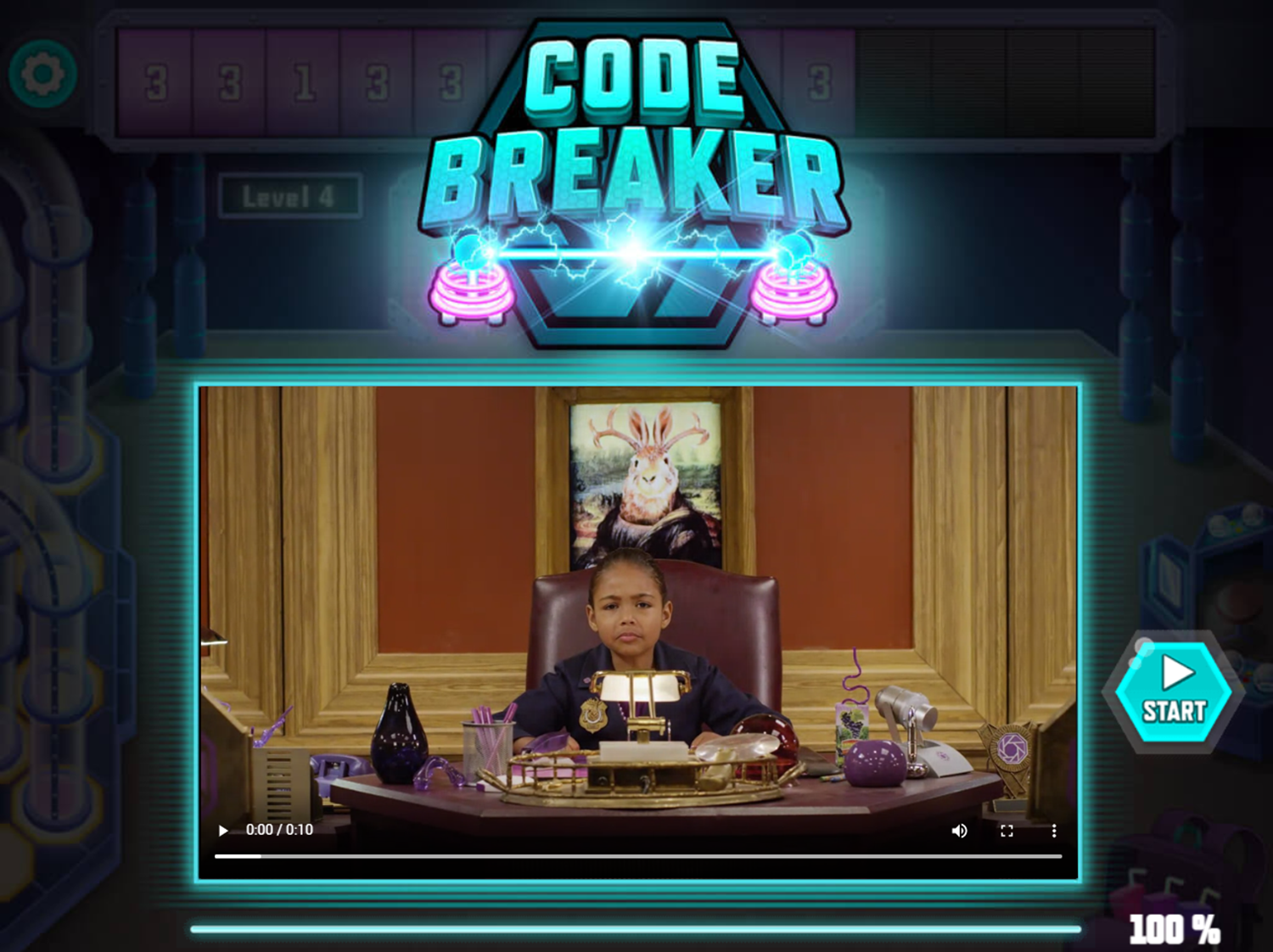 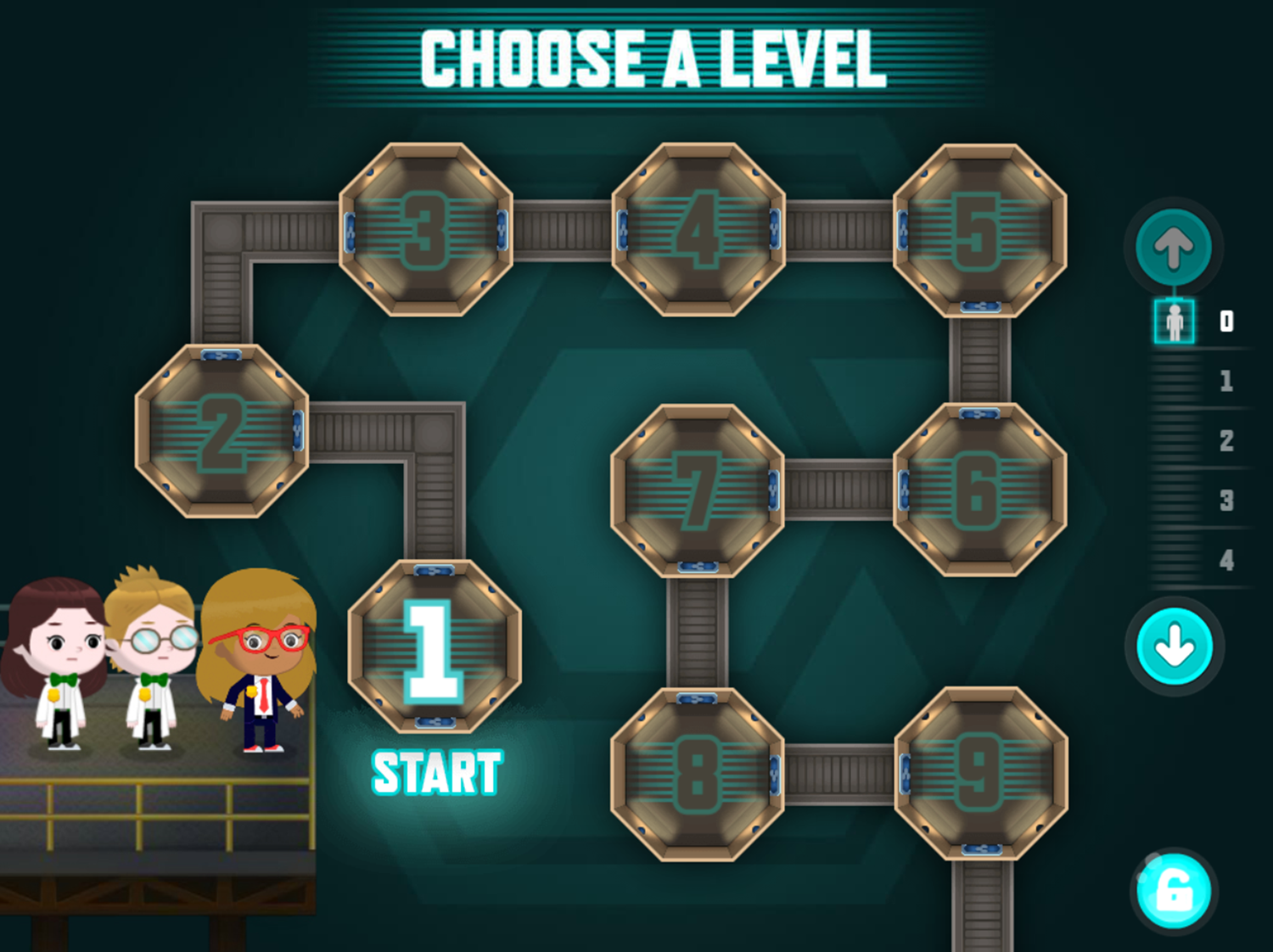 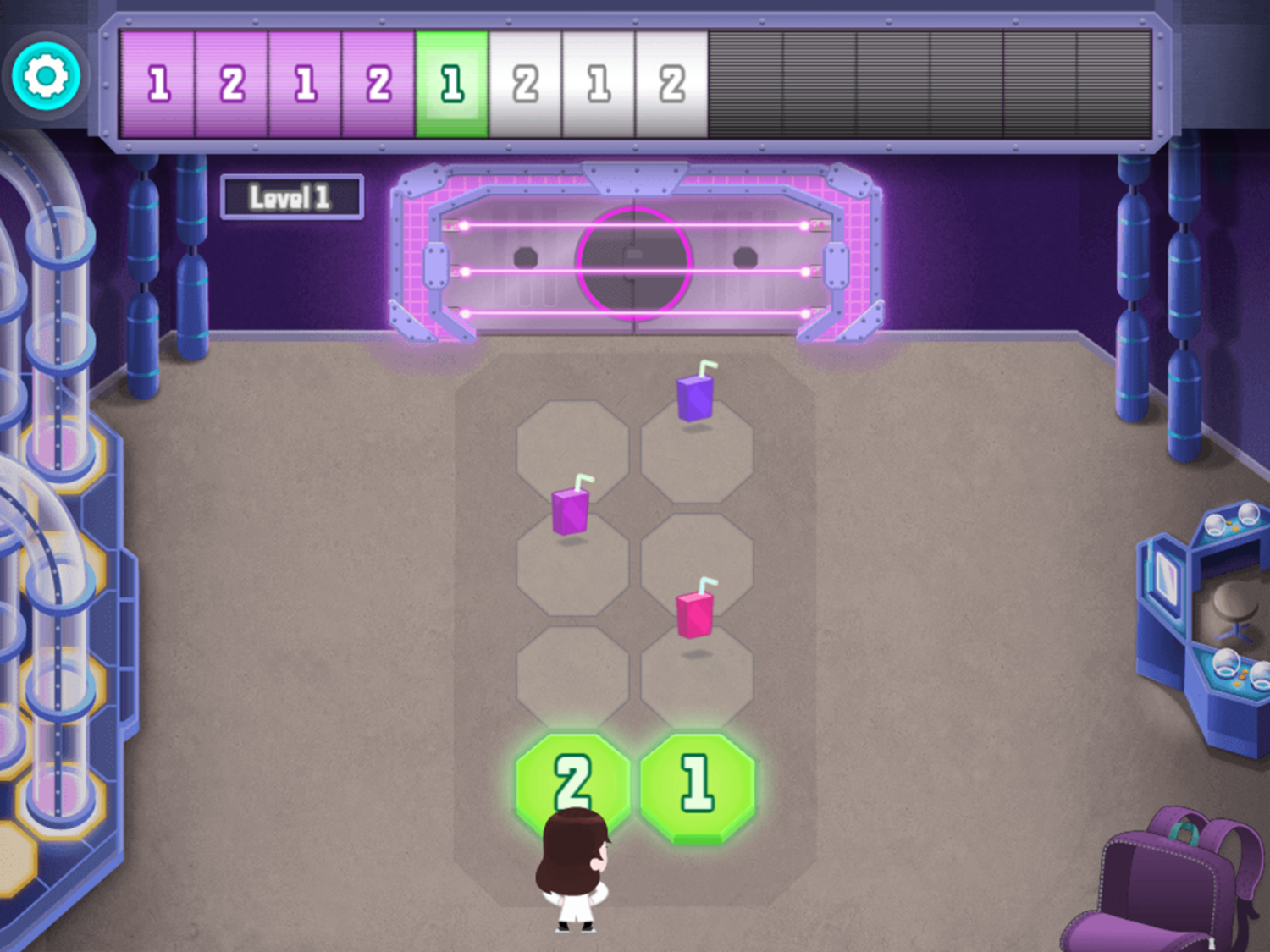 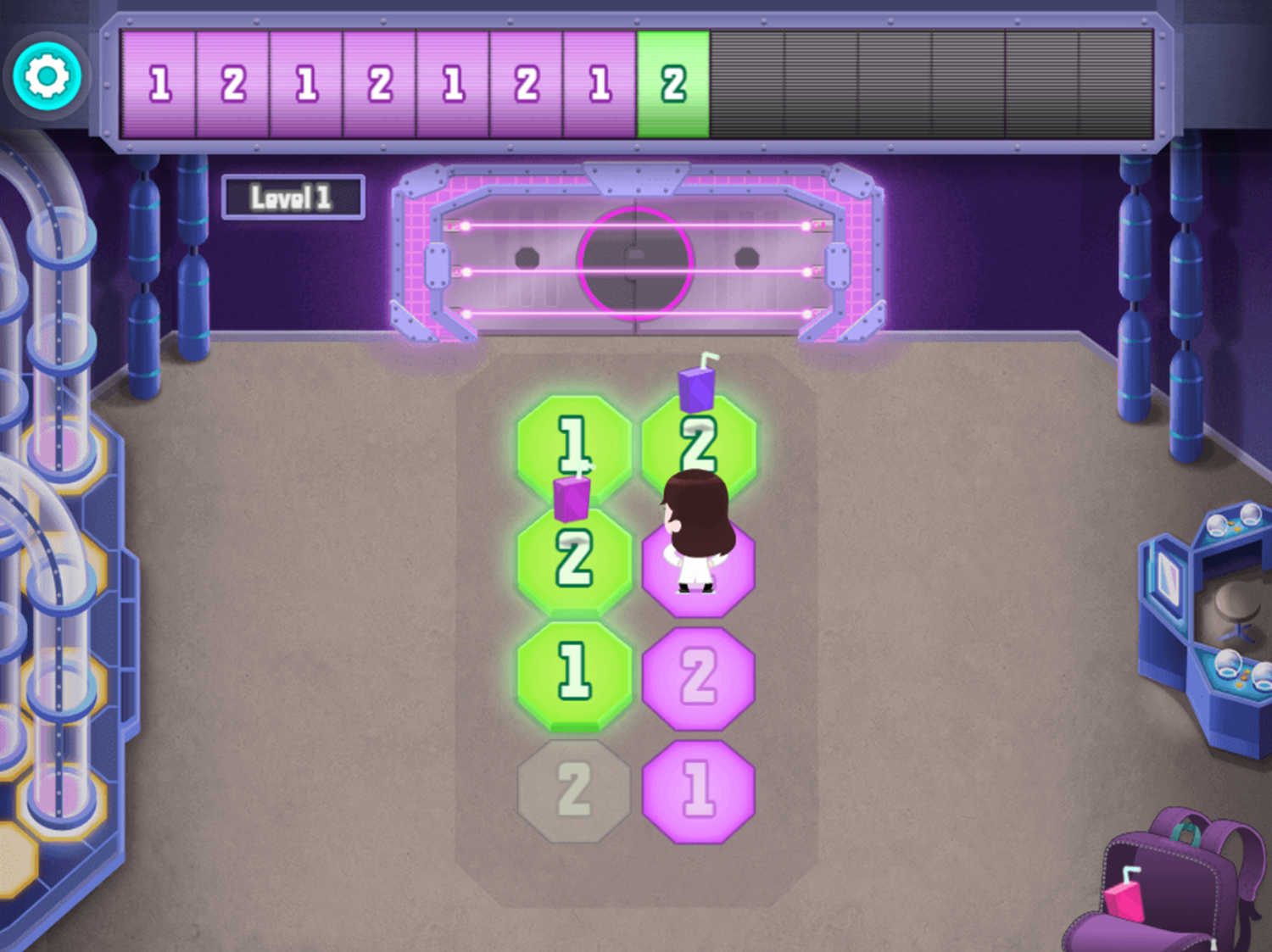 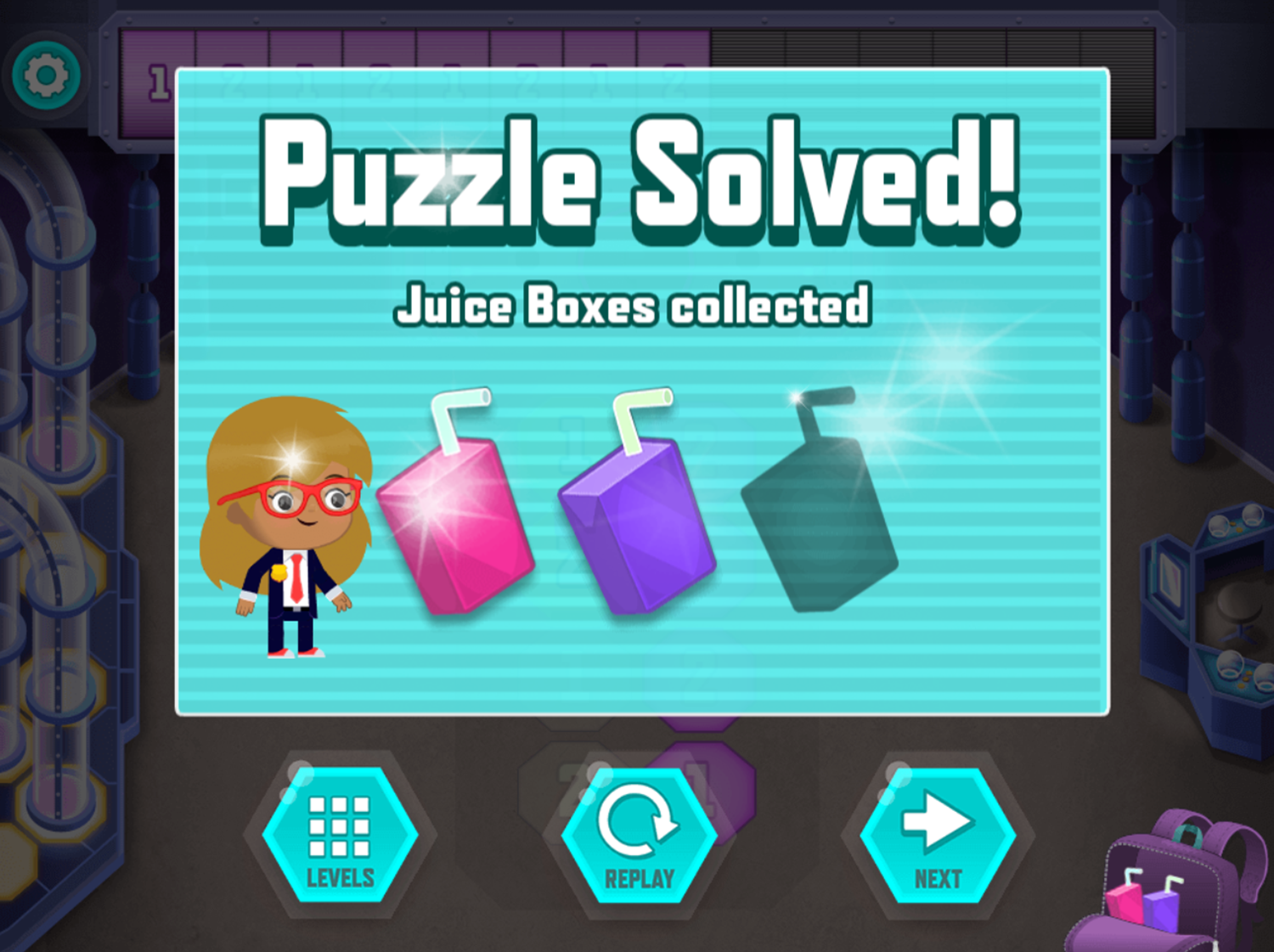 This game was published in these categories: Logic, Math, Odd Squad. You can visit any of them to select other fun games to play.