Children and parents can play this number game by clicking in the window below.

Alternatively kids and adults can play this prime numbers video game for free as a web application here.

Slice each of the numbers to reduce them to their primes.

Like This Game? Review This Prime Numbers Video Game for Young Girls & Boys 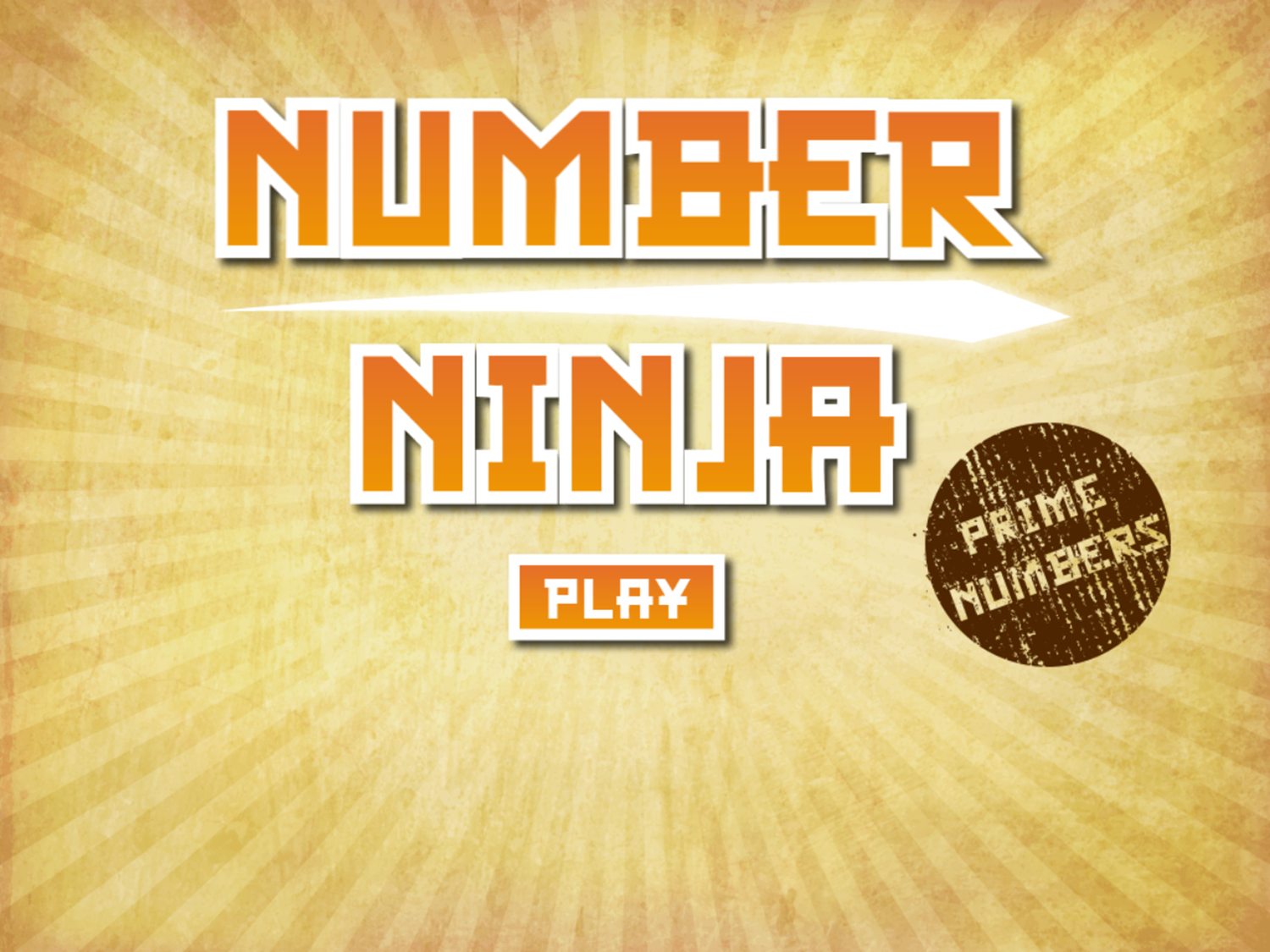 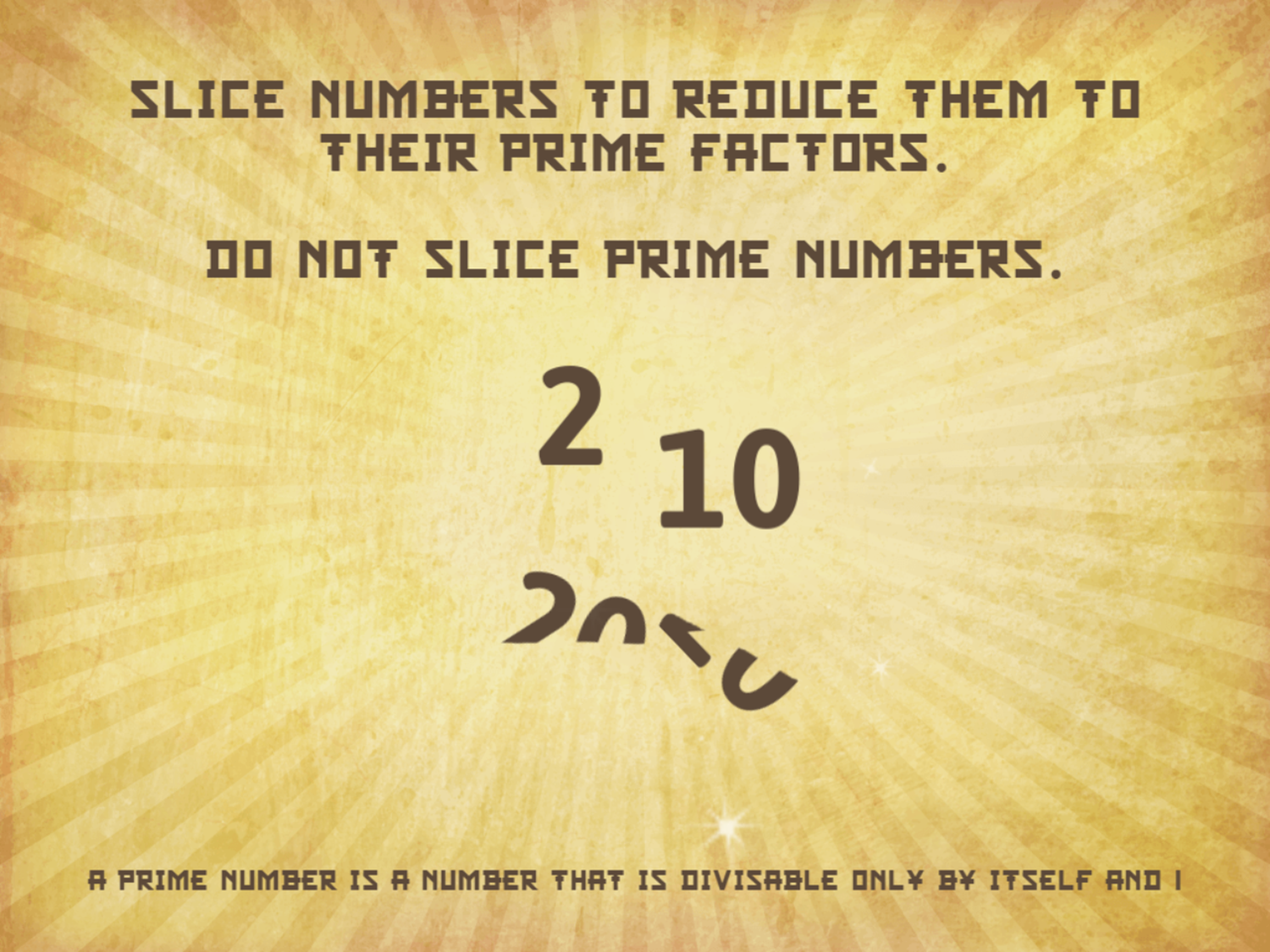 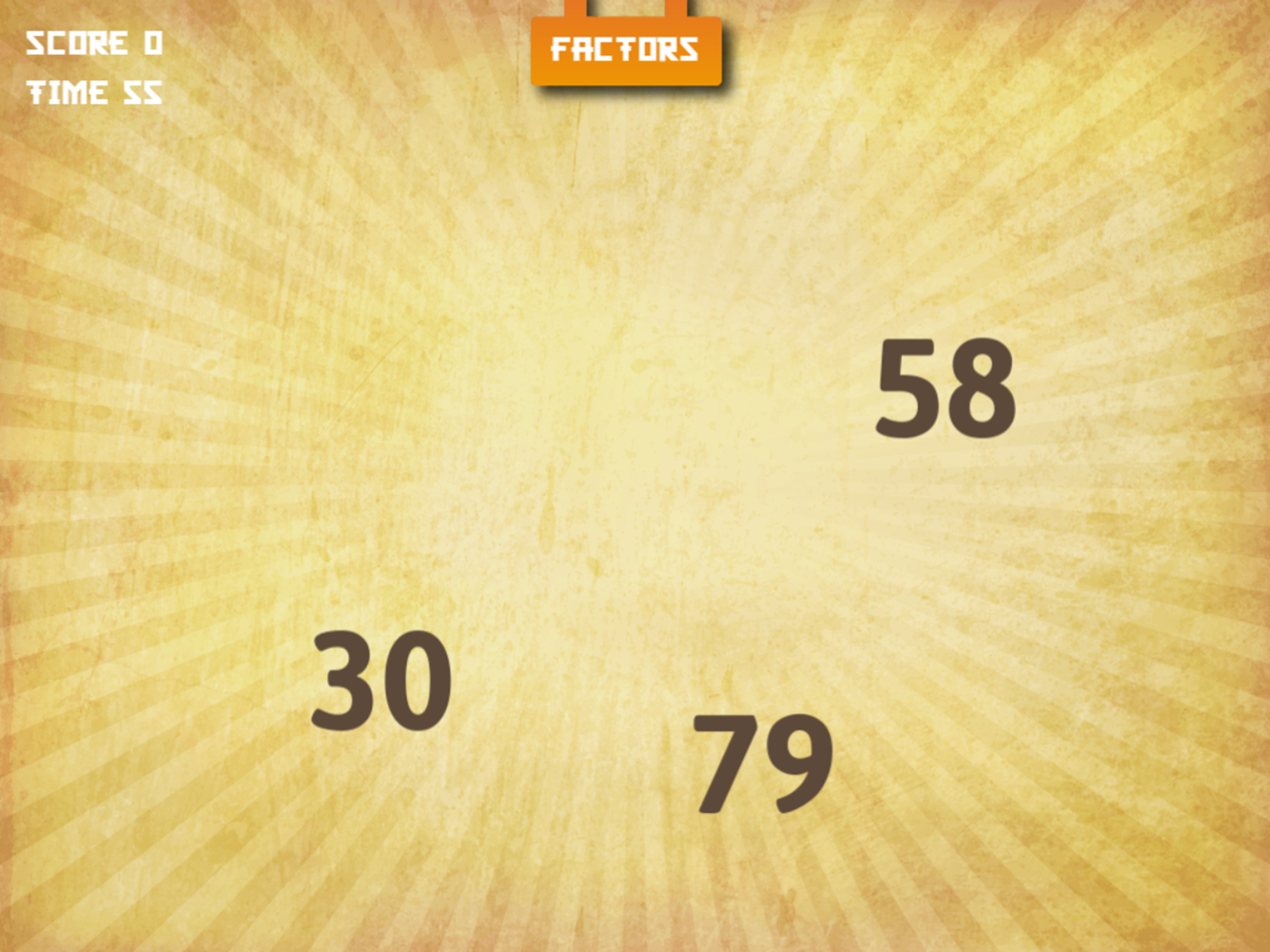 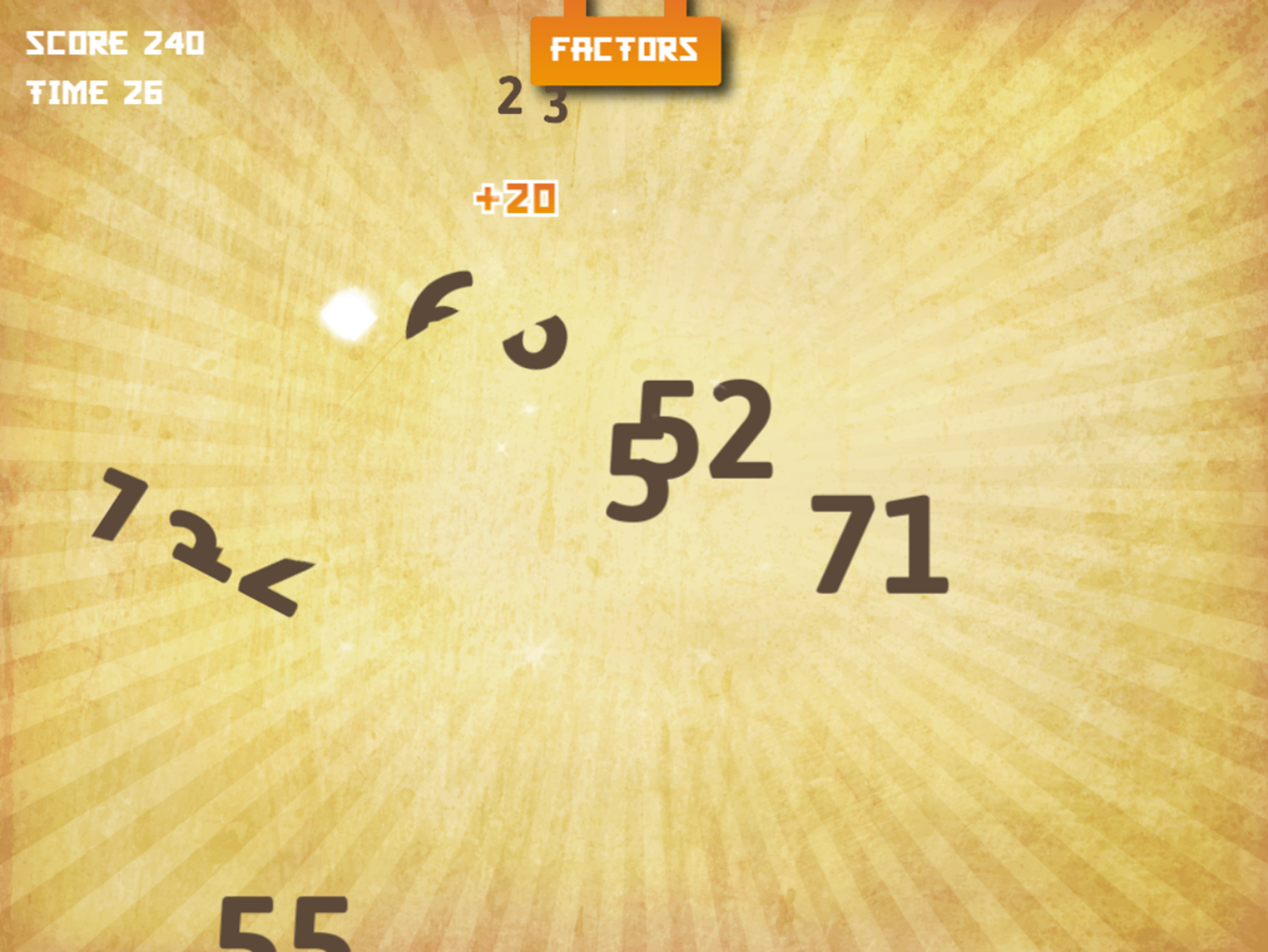 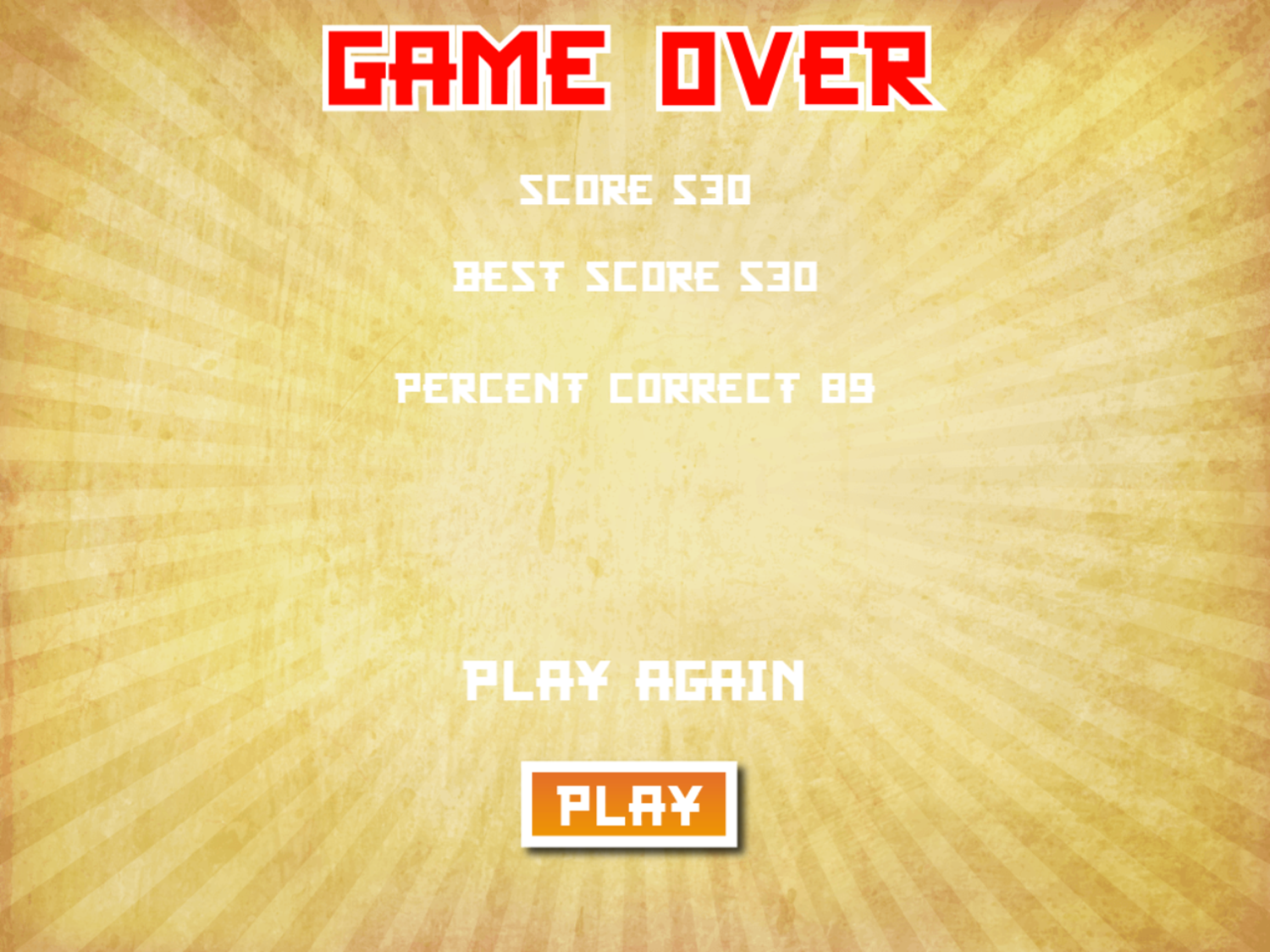 This game was published in these categories: Numbers. You can visit any of them to select other fun games to play.