The land of Kartuchia is besieged by a motley array of evil monsters. Fight off the encroaching assortment of villainous monsters. Match the symbols in groups of 3 or more to charge your hero’s powers and defenses. Slay as many monsters as you can.

This is a connect-3 matching game mixed with a retro-styled role playing game (RPG). The battle system is turn-based, and both you and your opponent match icons in the same playing field.

Children and parents can play this connect 3 in a row fighting game by clicking in the window below.

Alternatively kids and adults can play this battle matching video game for free as a web application here.

Match various icons to charge up your attacks and defenses. Defeat the evil monsters before they do the same to you. 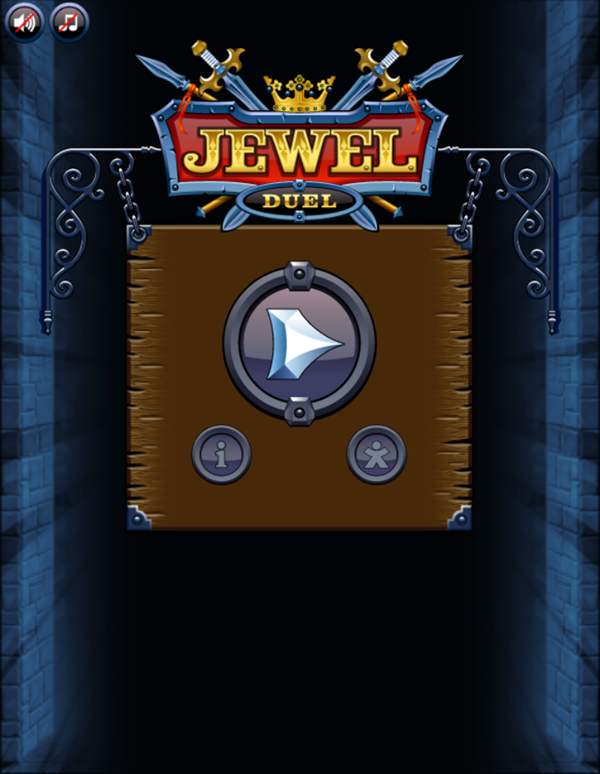 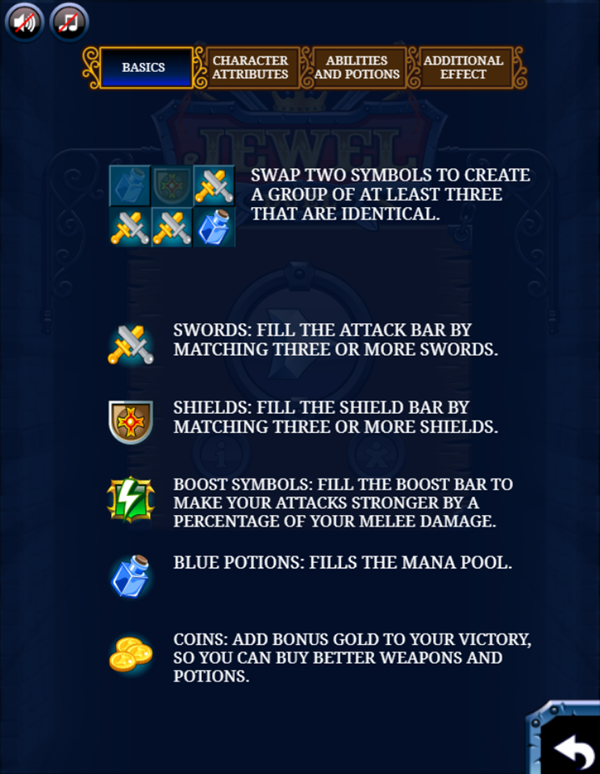 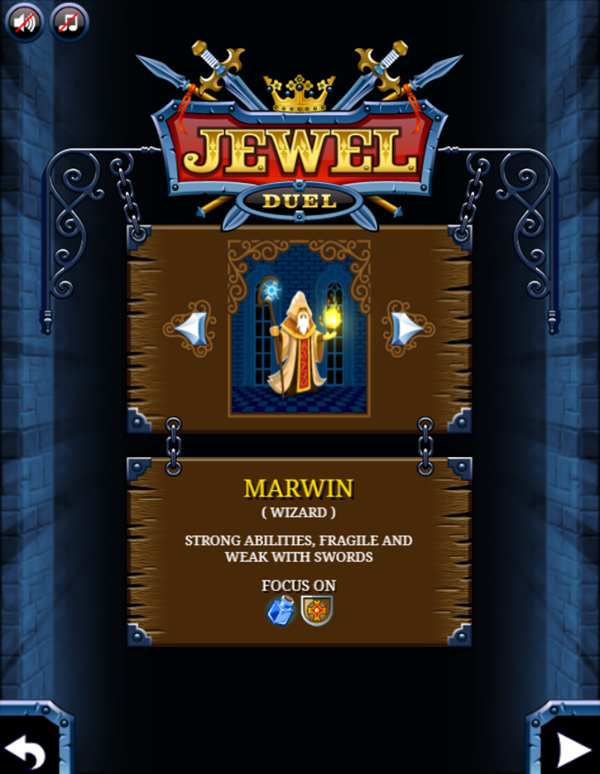 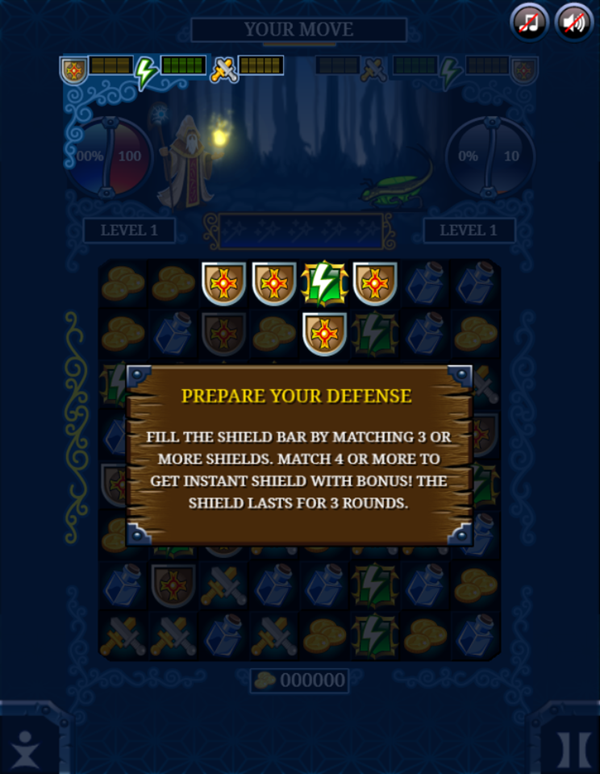 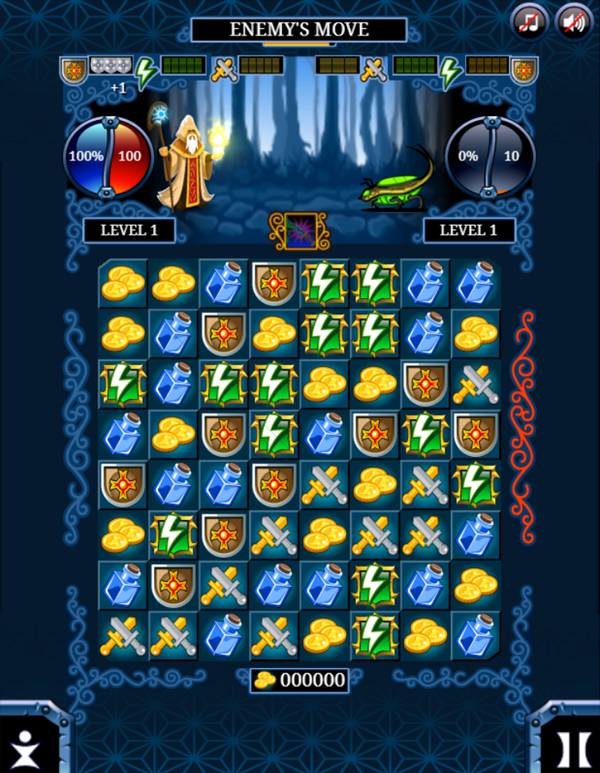 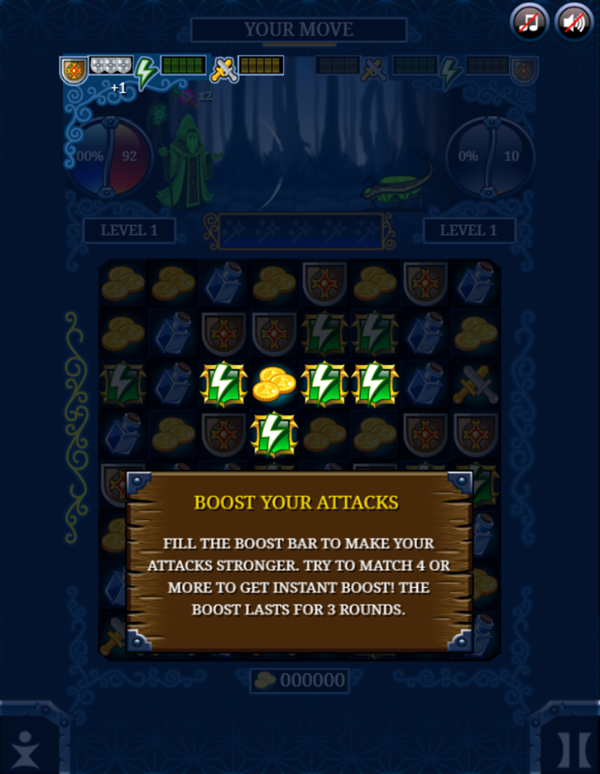 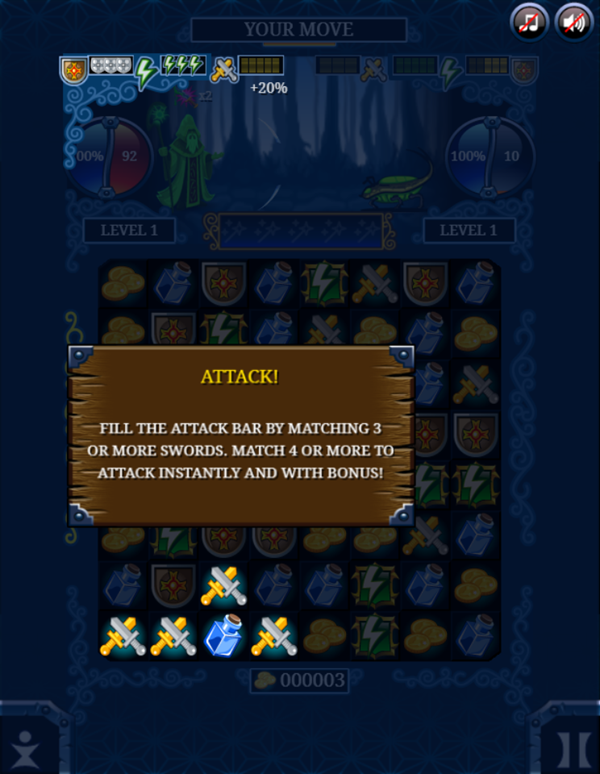 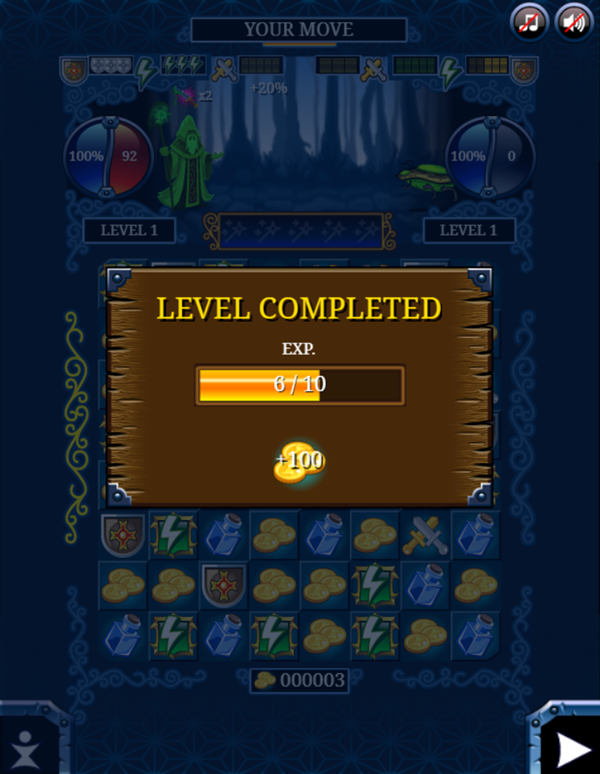 This game was published in these categories: Connect 3. You can visit any of them to select other fun games to play.