The word HUGE is not an accident! This is a 4-deck version of Spider Solitaire where there are 20 tableau columns and 100 cards dealt to the reserves. Since there are so many cards this game takes longer to complete than most other versions of Spider Solitaire, but there being 20 tableau columns which are shallow makes the game easier than a 3-deck version of the game like Big Spider.

Build down on the 20 tableau columns and try to complete 16 royal flushes before the timer reaches zero. 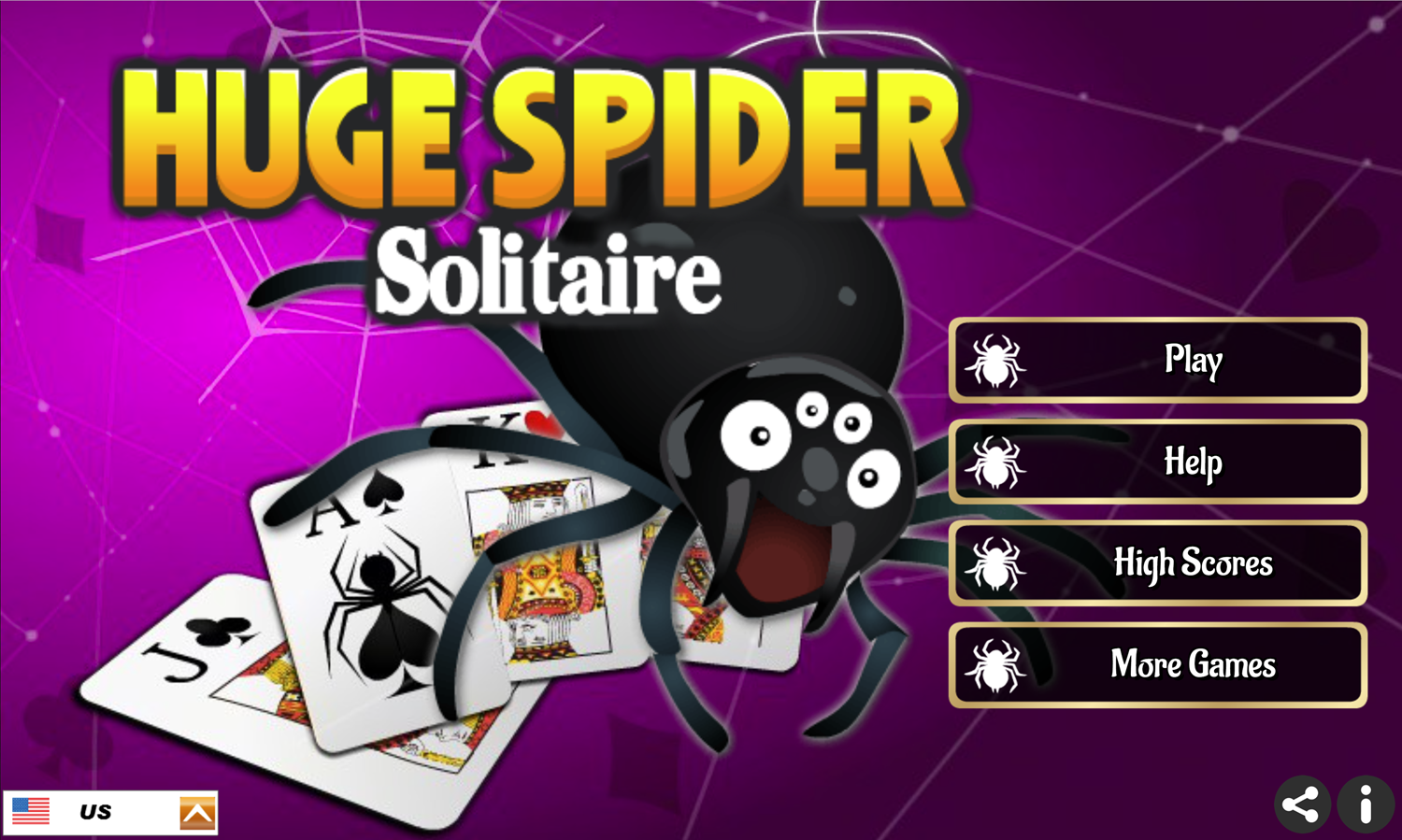 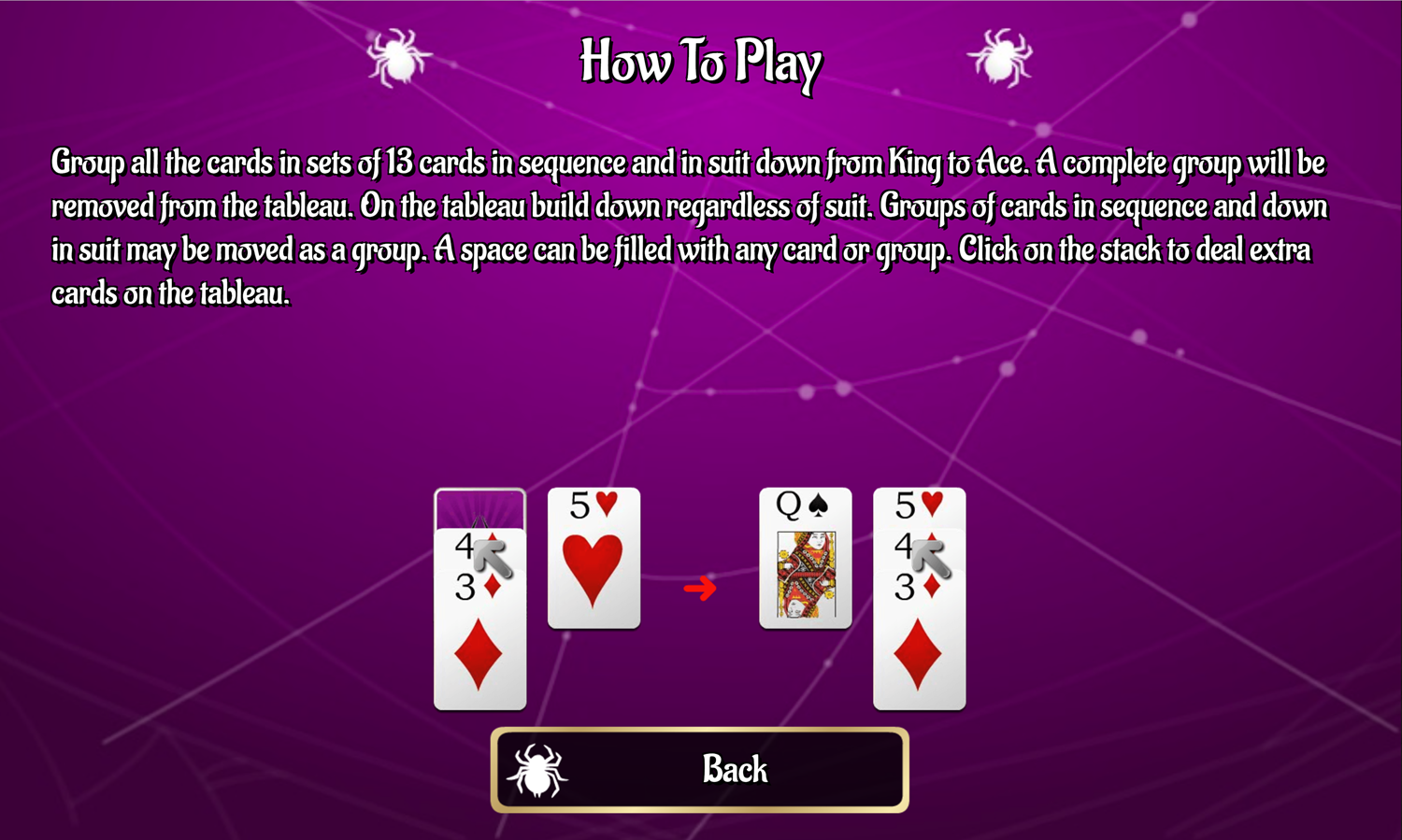 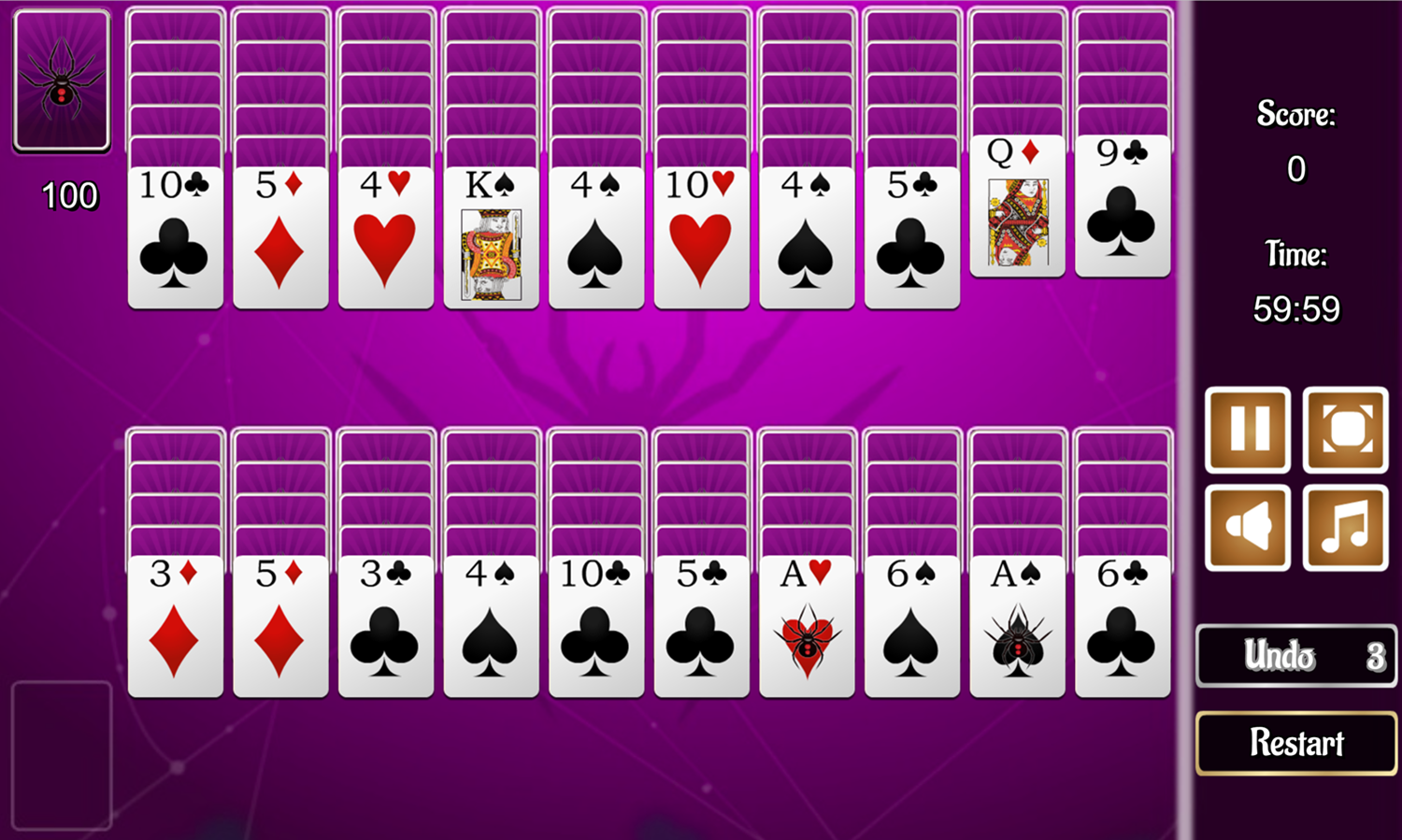 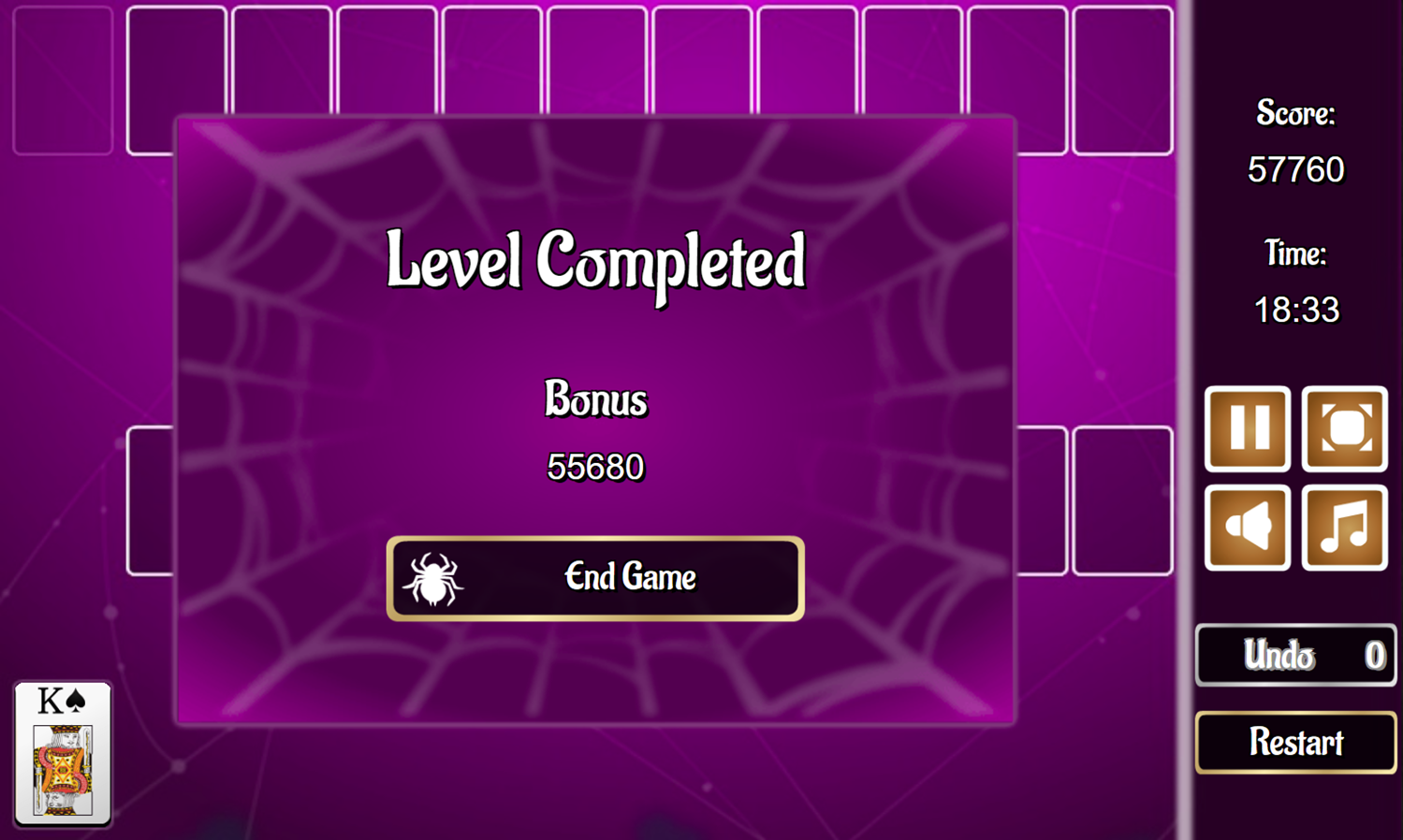