This is a 4-stage hidden object game where you look for valuable items in each scene. The game starts with one scene unlocked and you unlock other scenes as you build reputation.

Children and parents can play this hidden object search game by clicking in the window below.

Alternatively kids and adults can play this seek and find video game for free as a web application here. 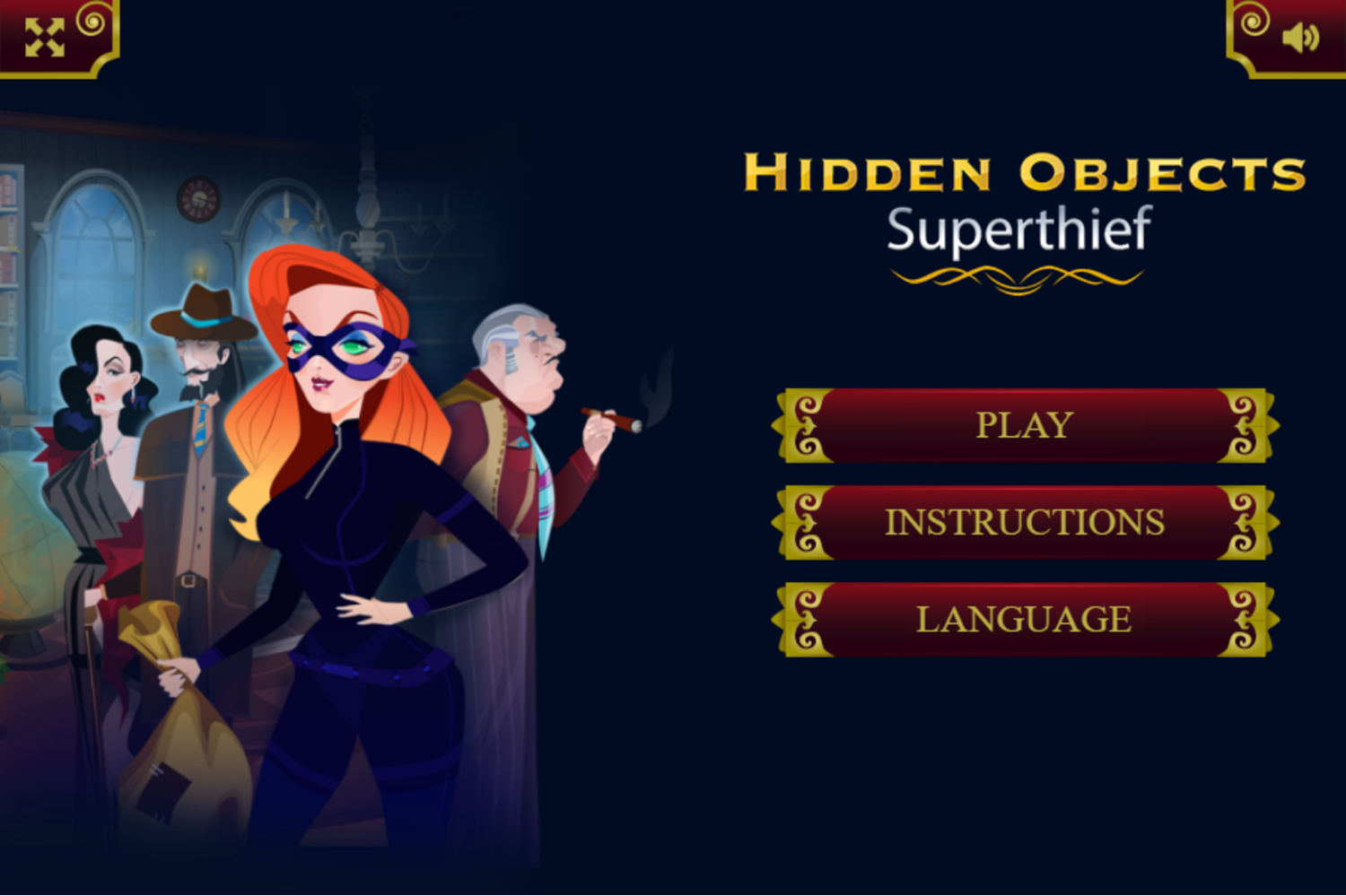 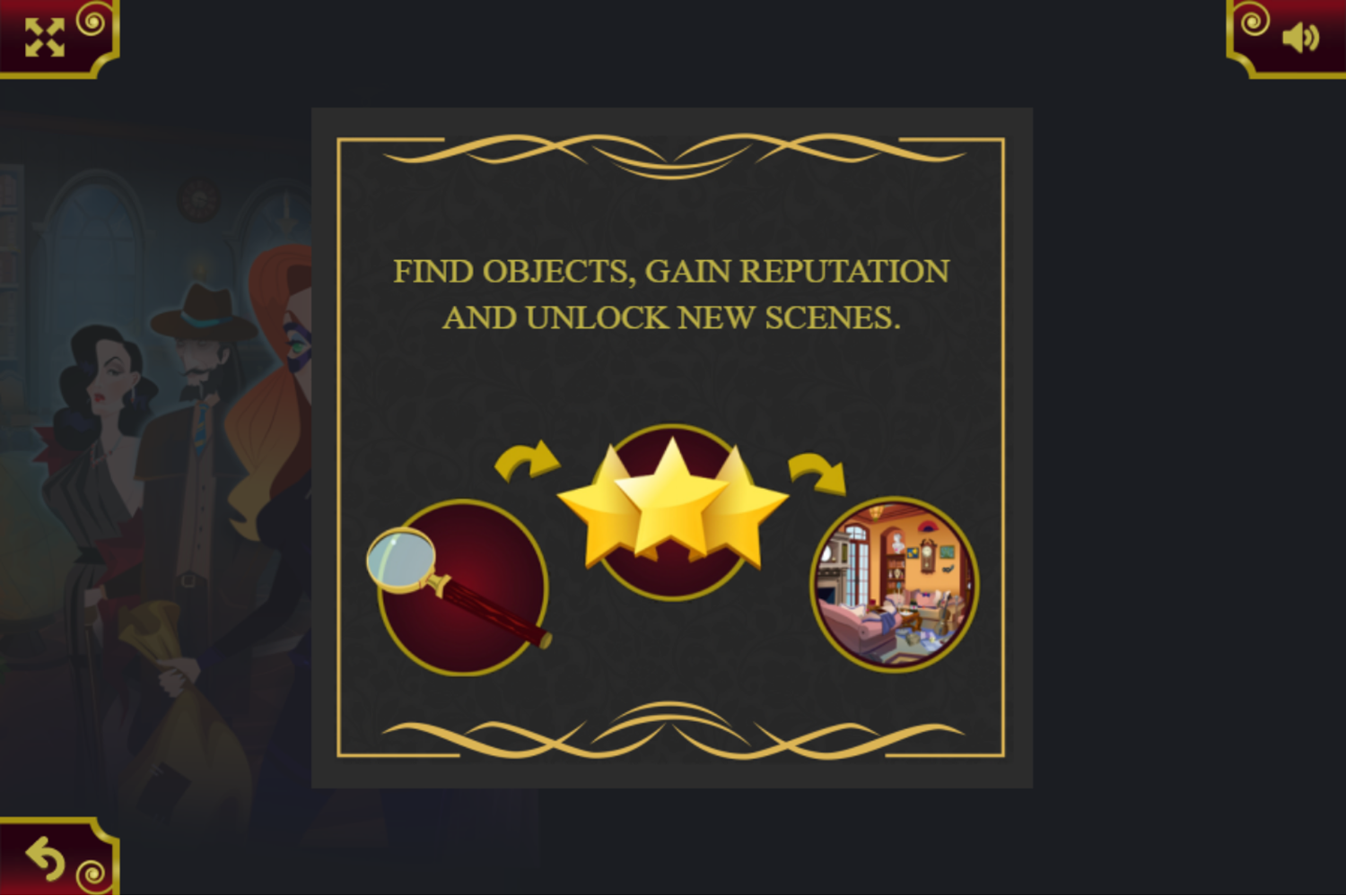 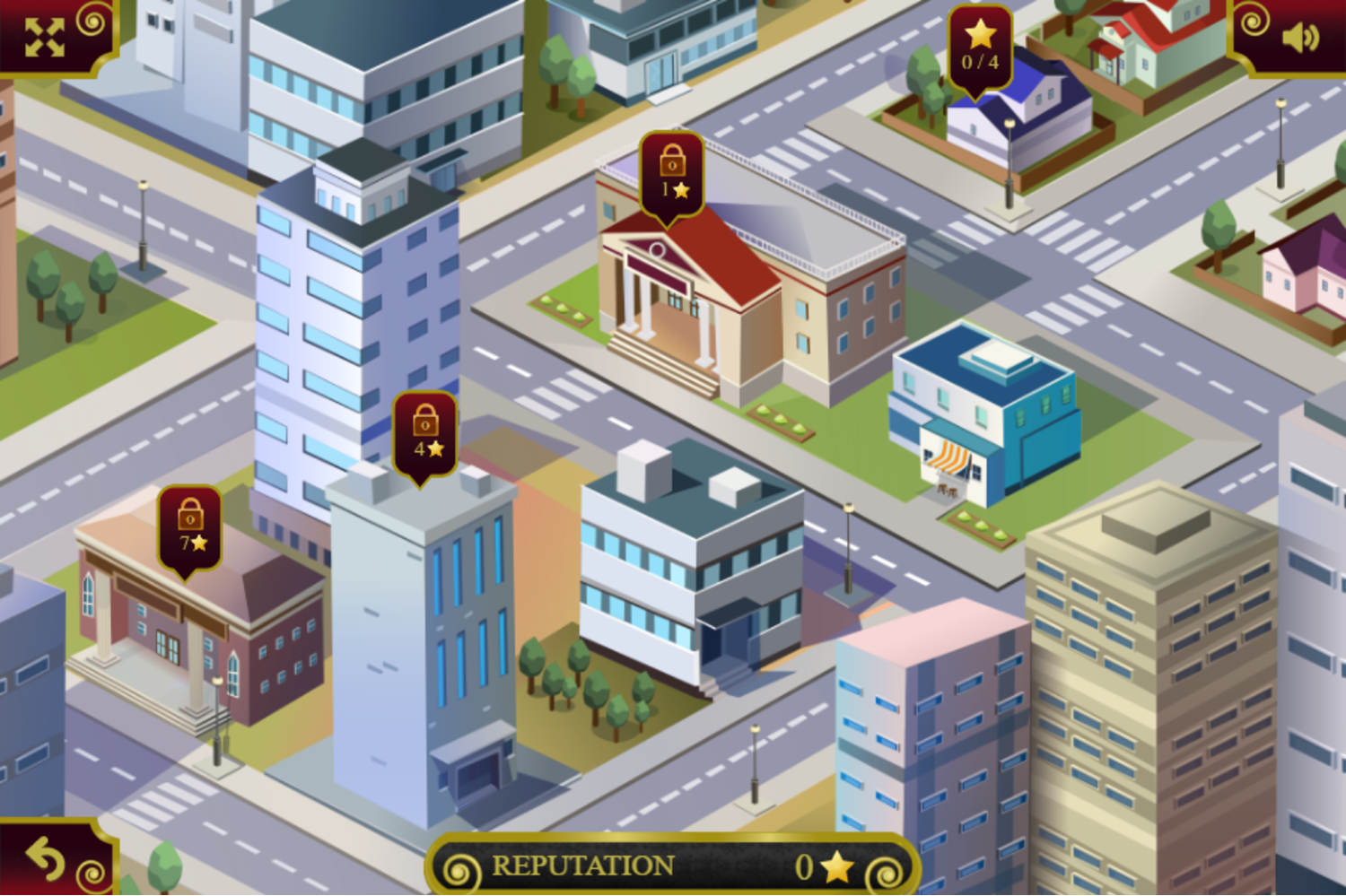 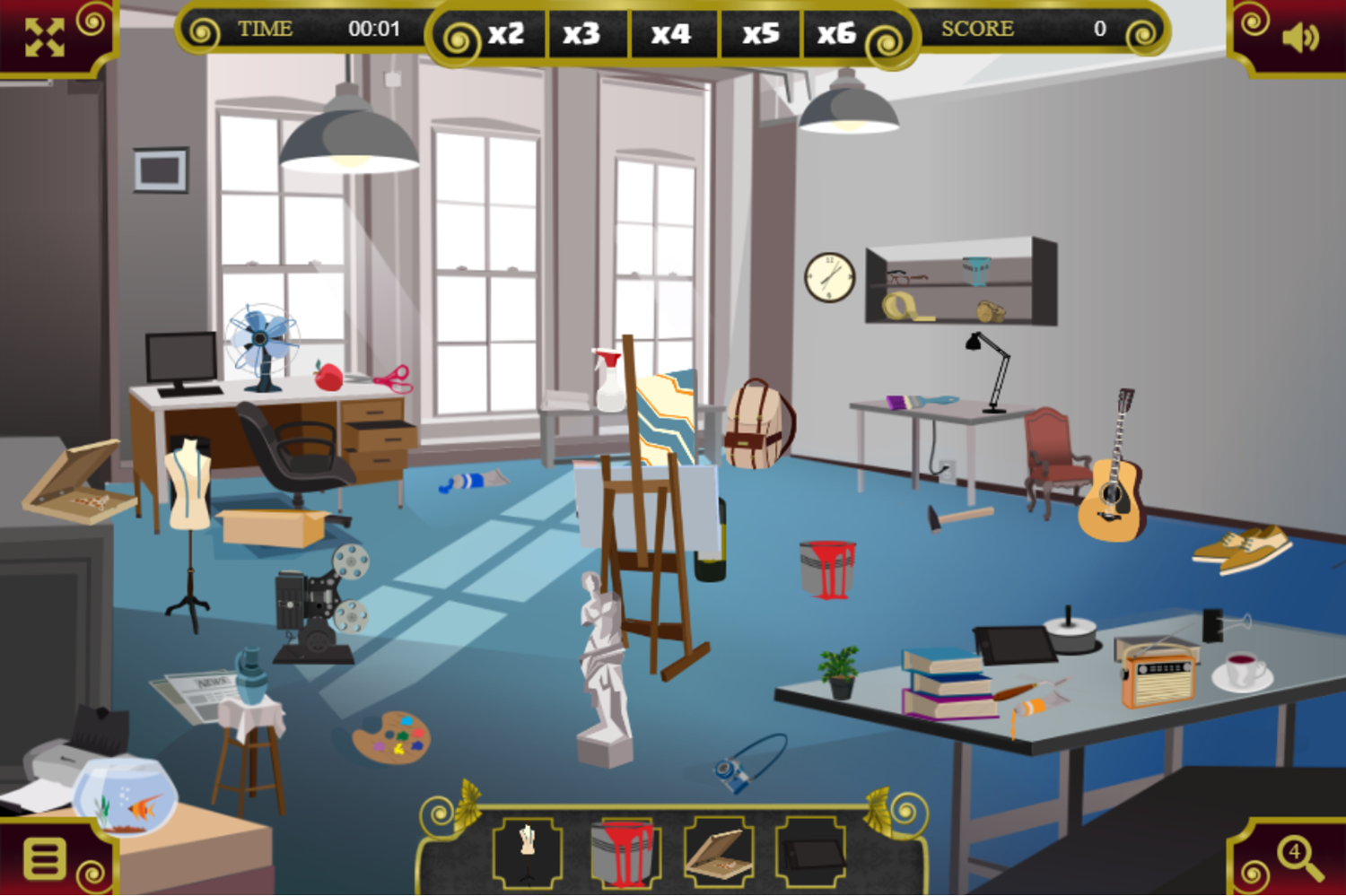 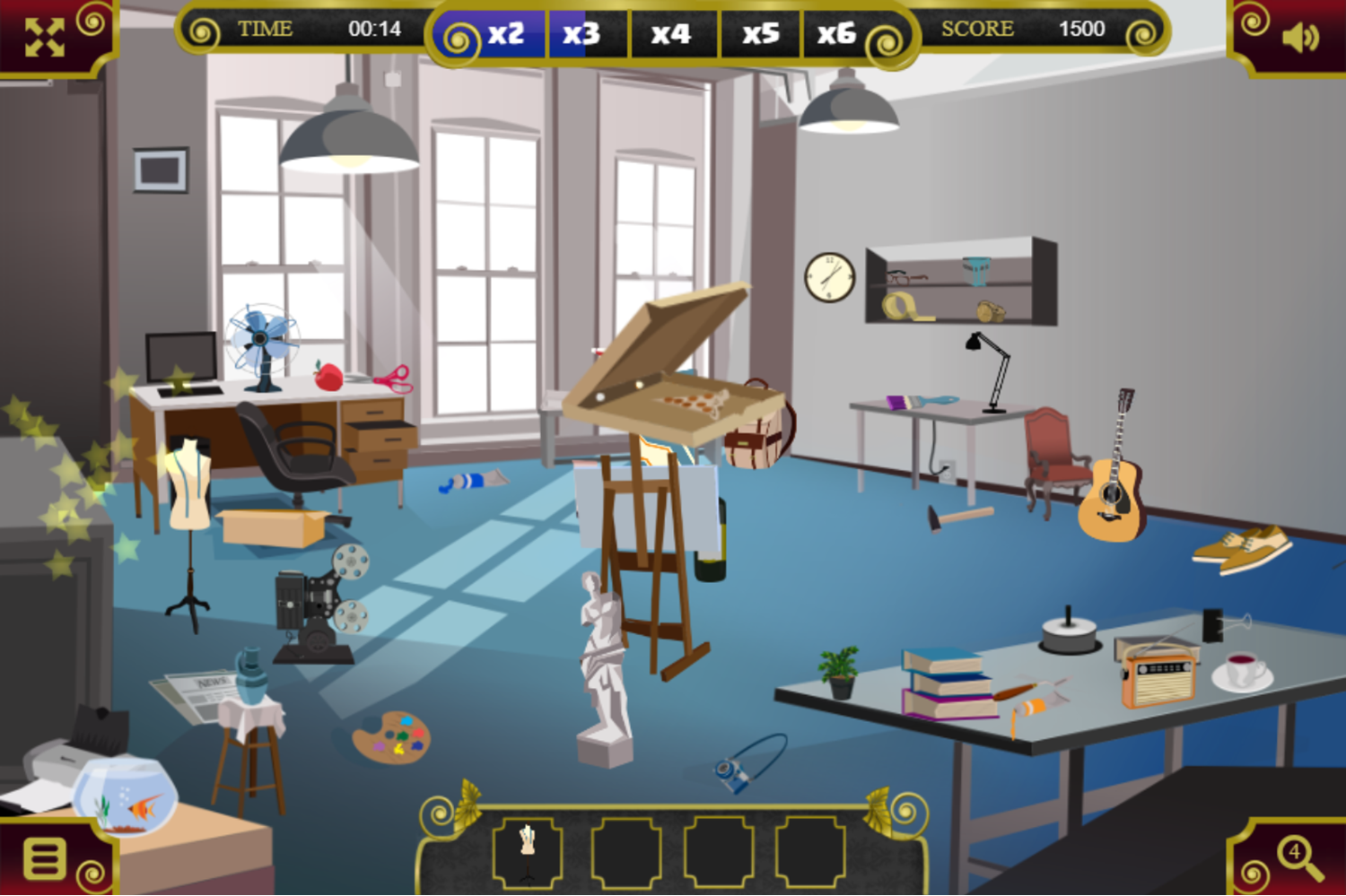 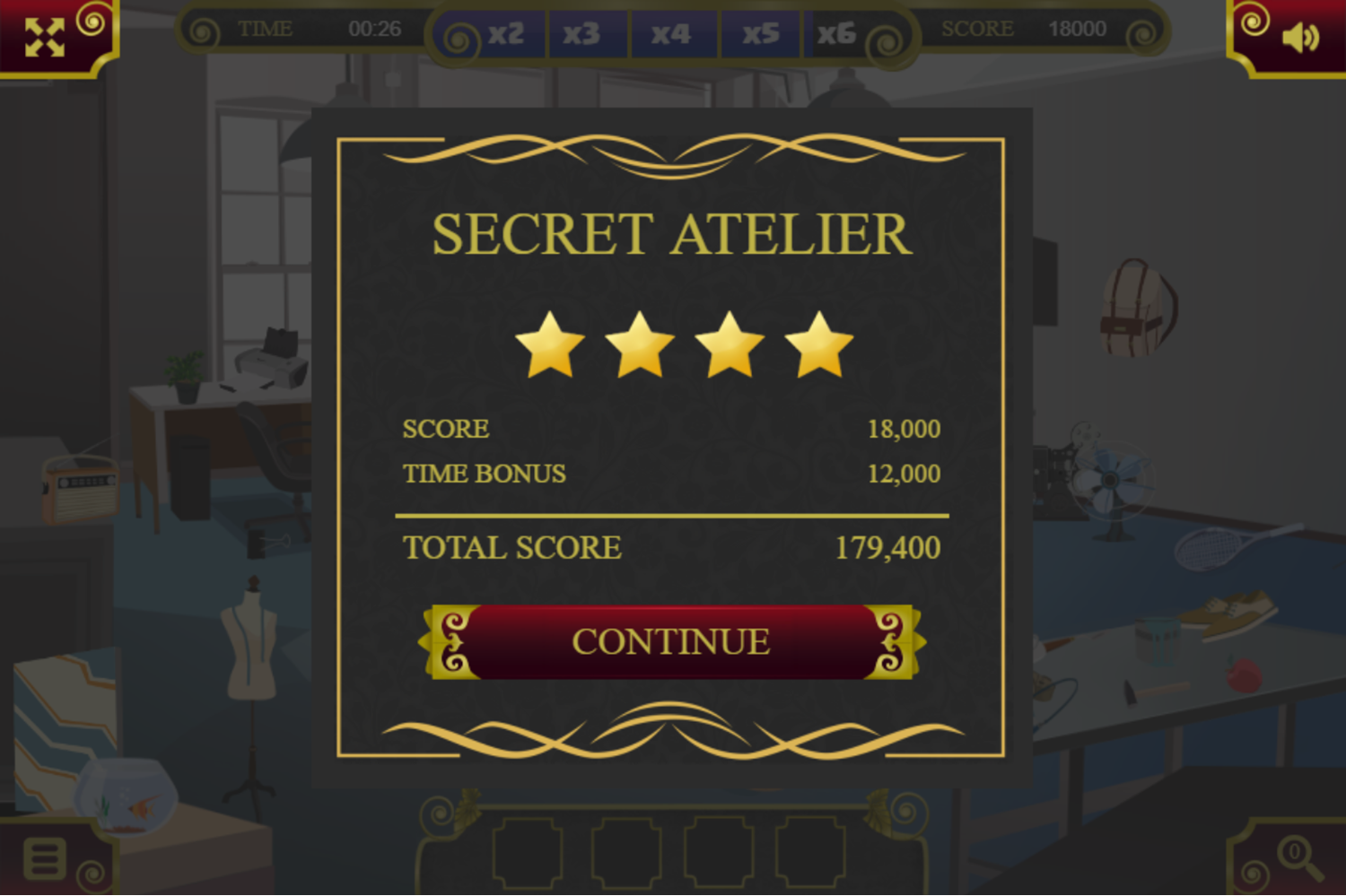 This game was published in these categories: Hidden Object. You can visit any of them to select other fun games to play.