This is an easygoing falling blocks game inspired by Tetris. The catch is that instead of forming lines, you form stacks. The game removes block stacks if their height equals the number shown on the bottom center of the screen.

Children and parents can play this numerical block counting game by clicking in the window below.

Alternatively kids and adults can play this falling blocks addition and subtraction video game for free as a web application here.

Clear a stack of blocks by matching them to the sum of the number at the bottom of the screen.

Like This Game? Review This Block Adding & Subtracting Game for Young Girls & Boys 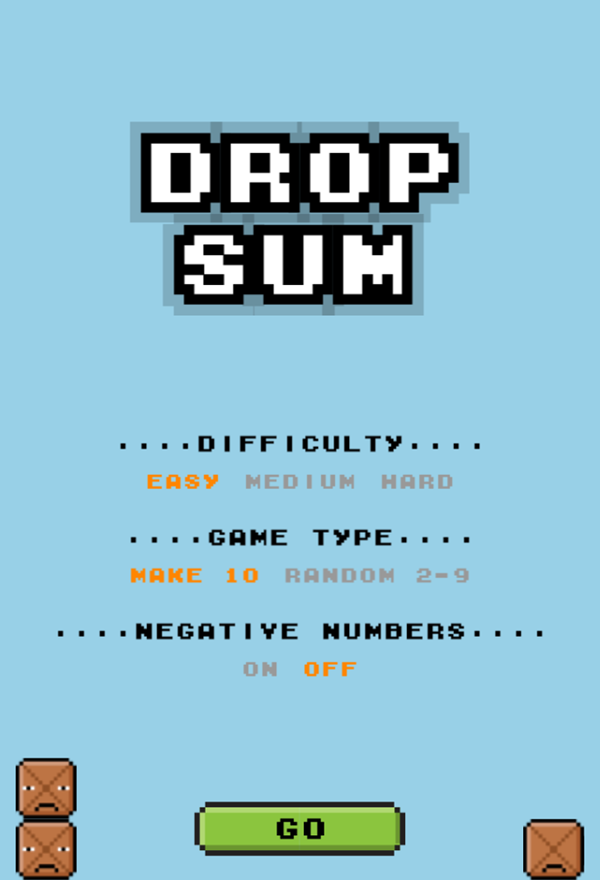 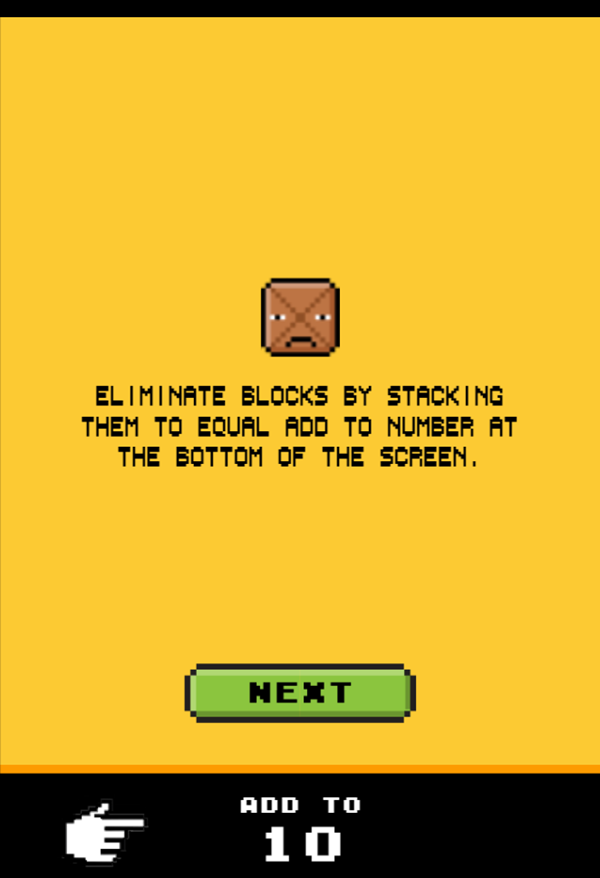 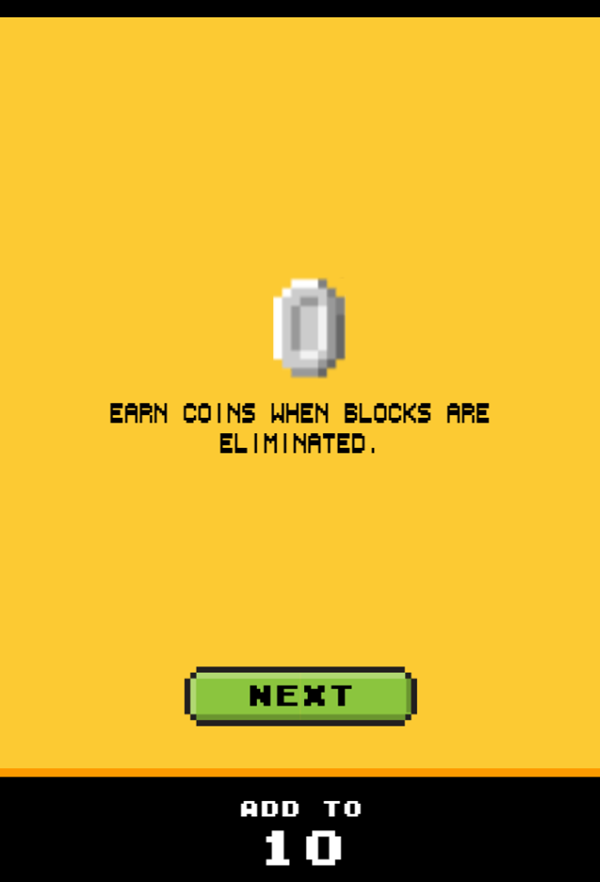 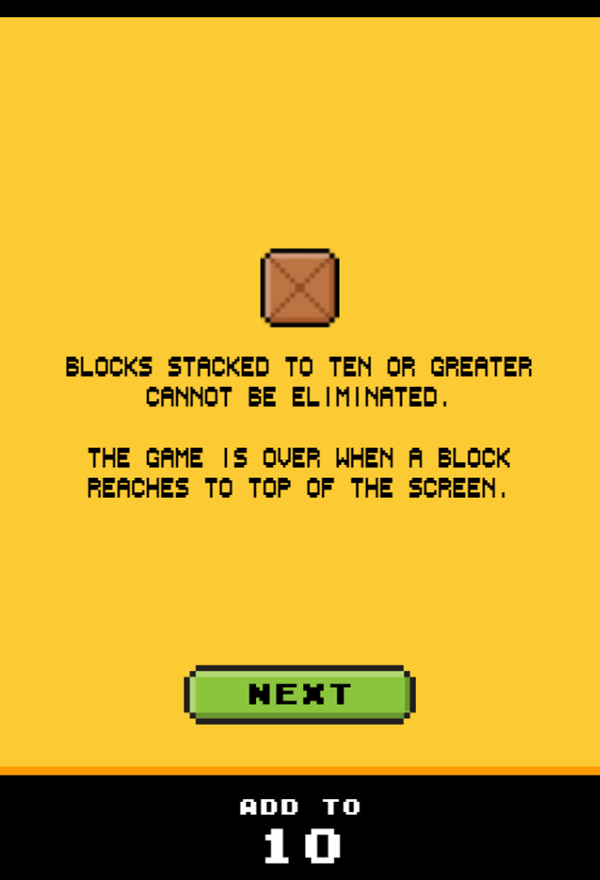 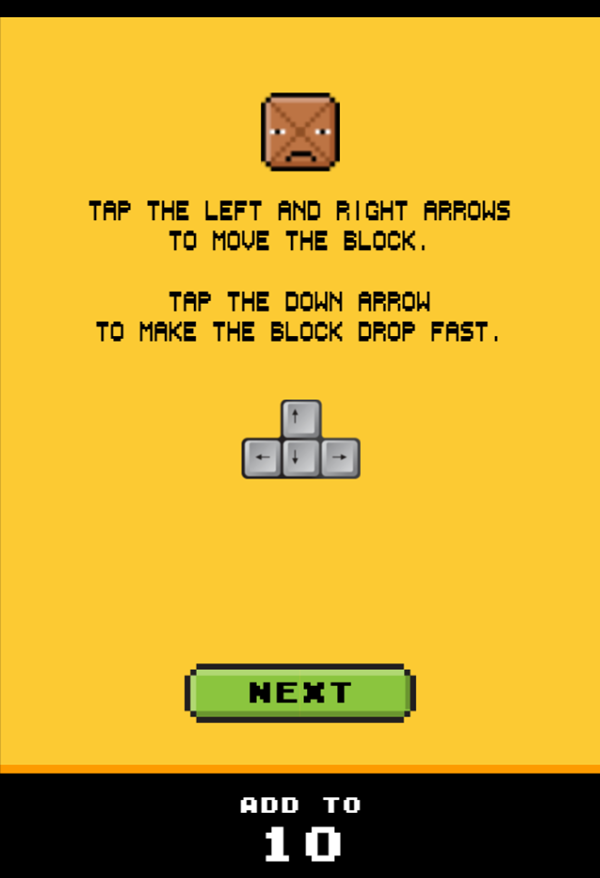 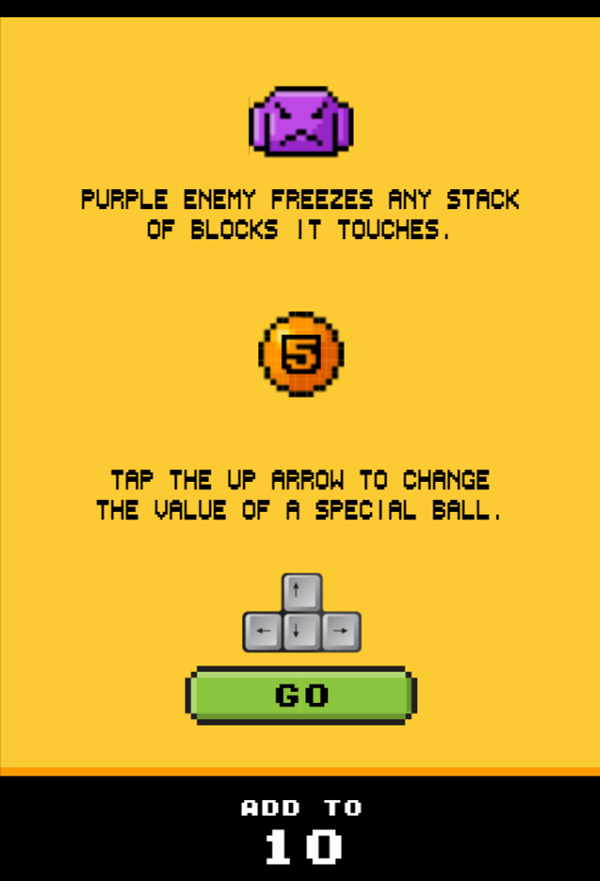 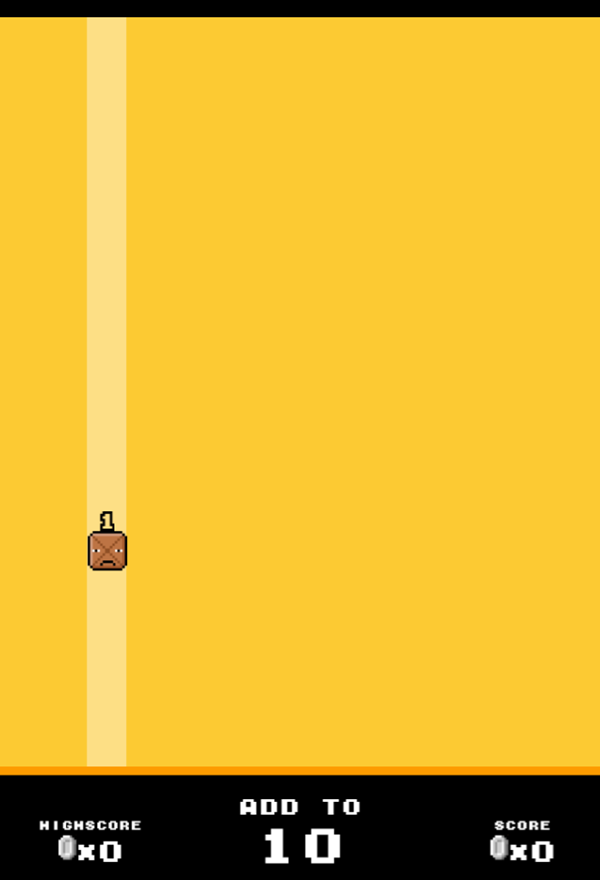 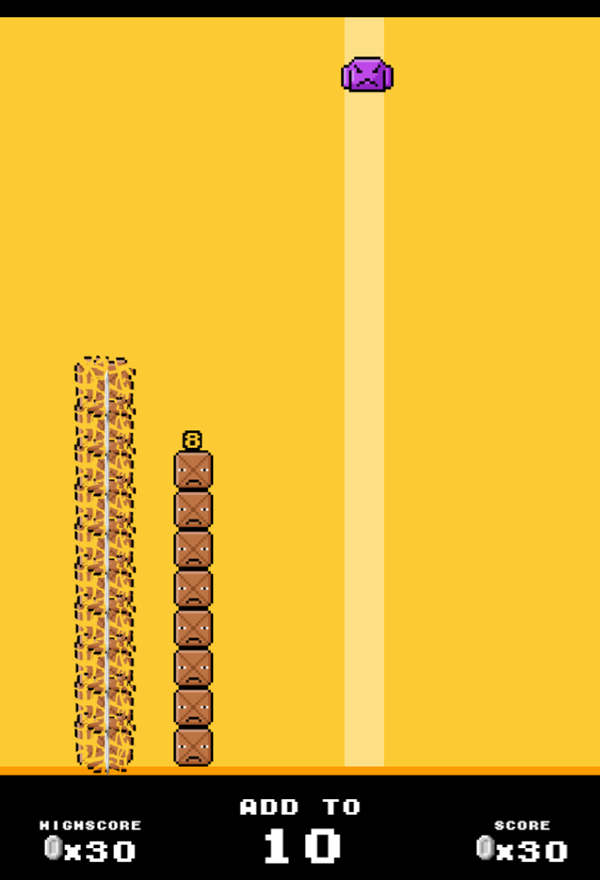 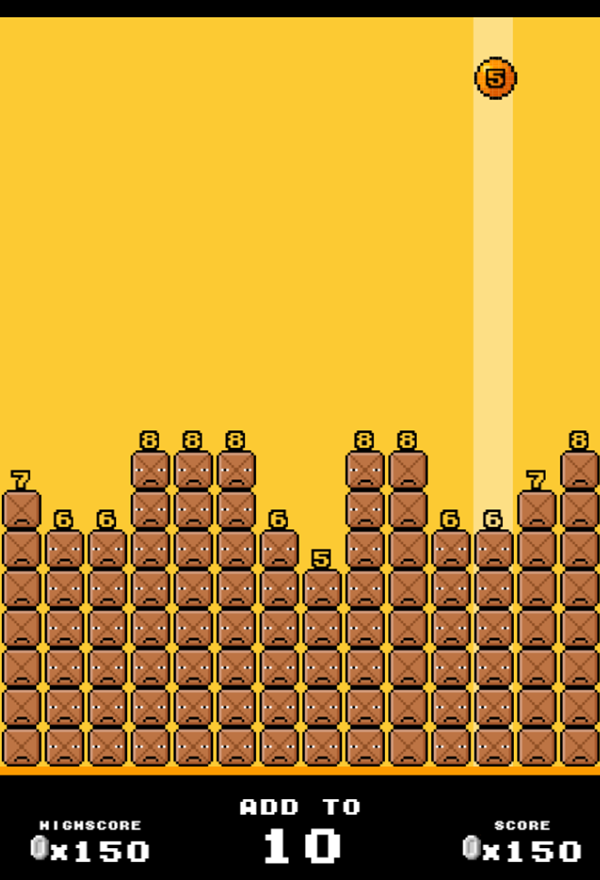 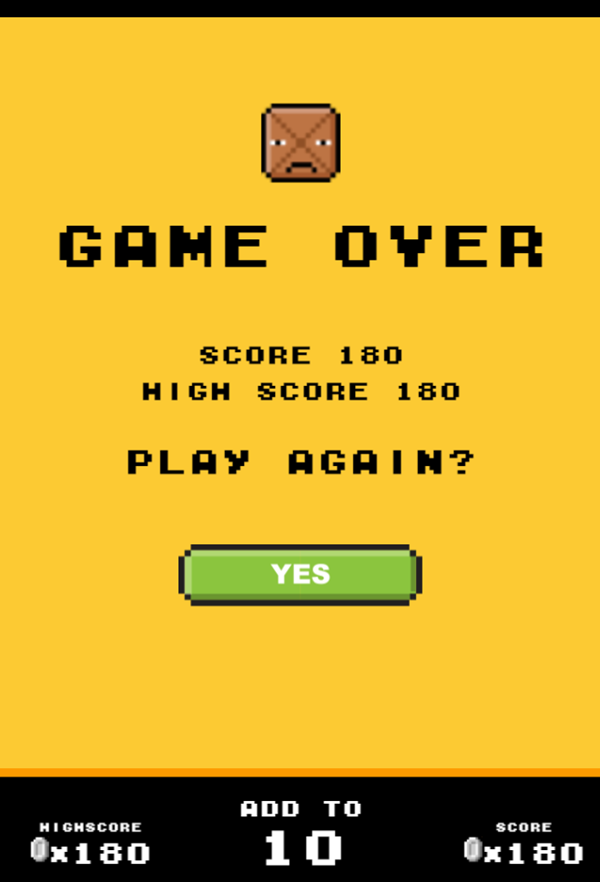 This game was published in these categories: Addition, Tetris. You can visit any of them to select other fun games to play.