This is a basic game of Freecell offering a new deal each day. Players must build all 52 cards into suited ascending foundations to beat the game. The game does not have a time limit, but instead records how long it took you to beat it. 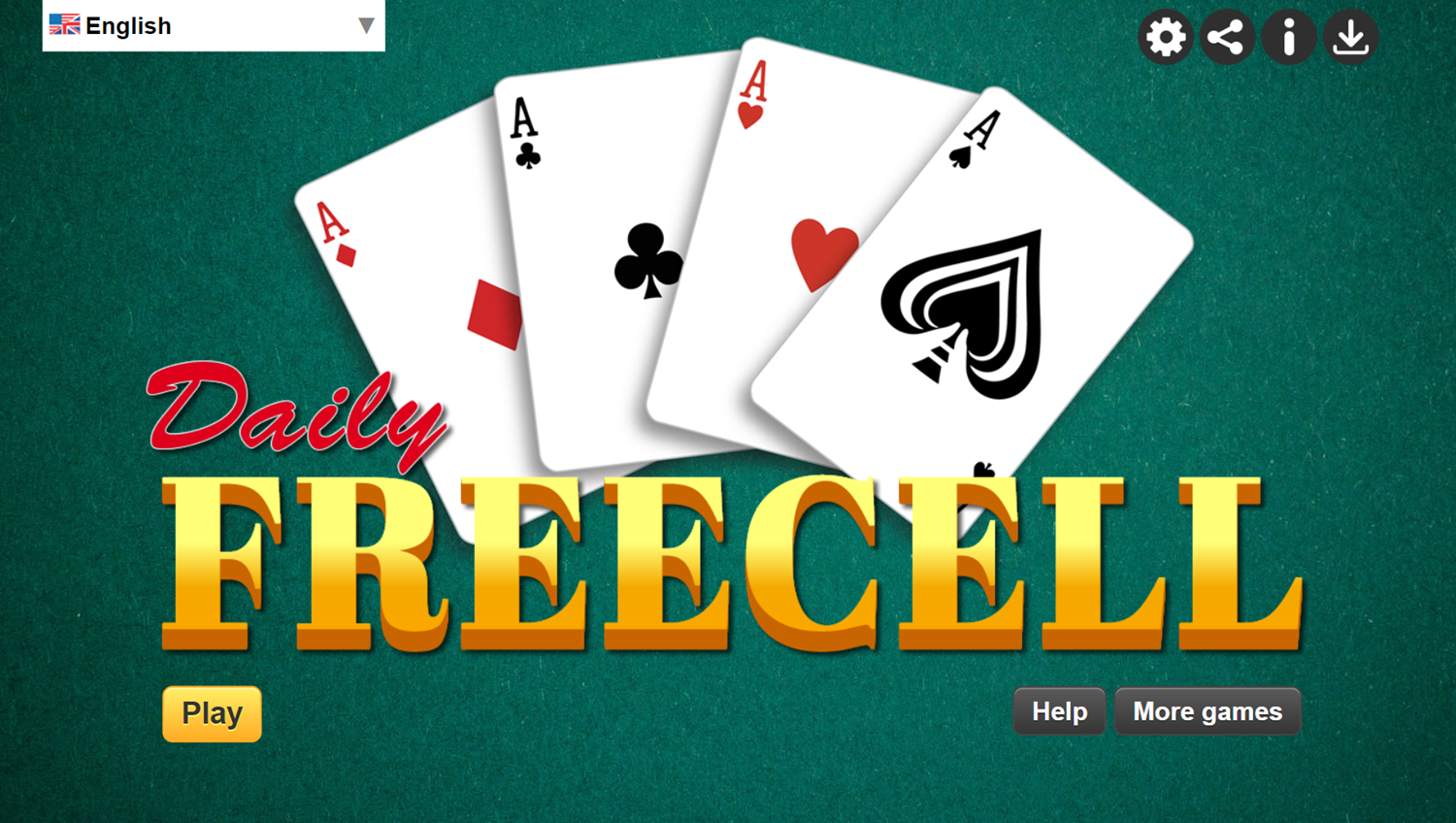 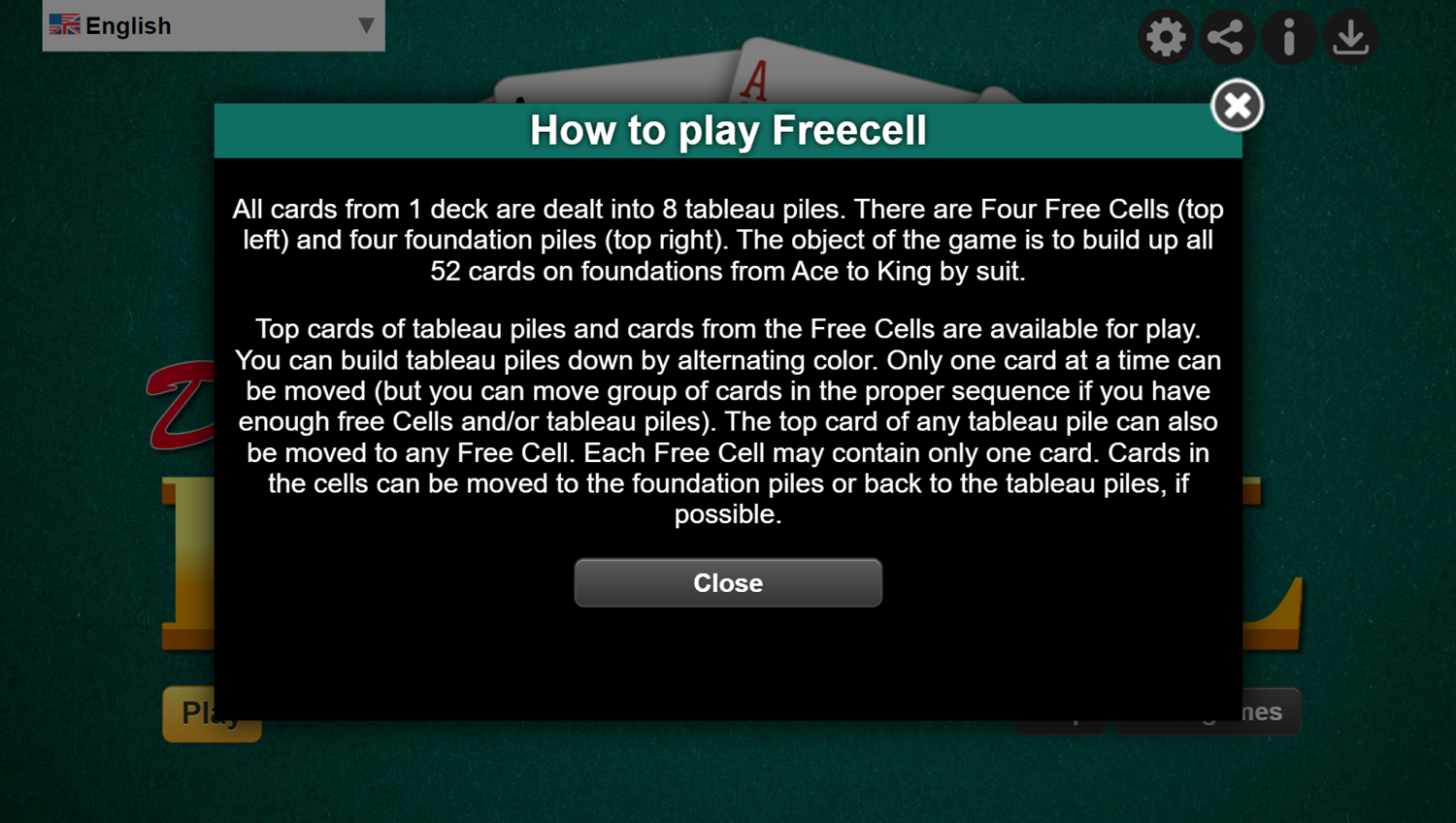 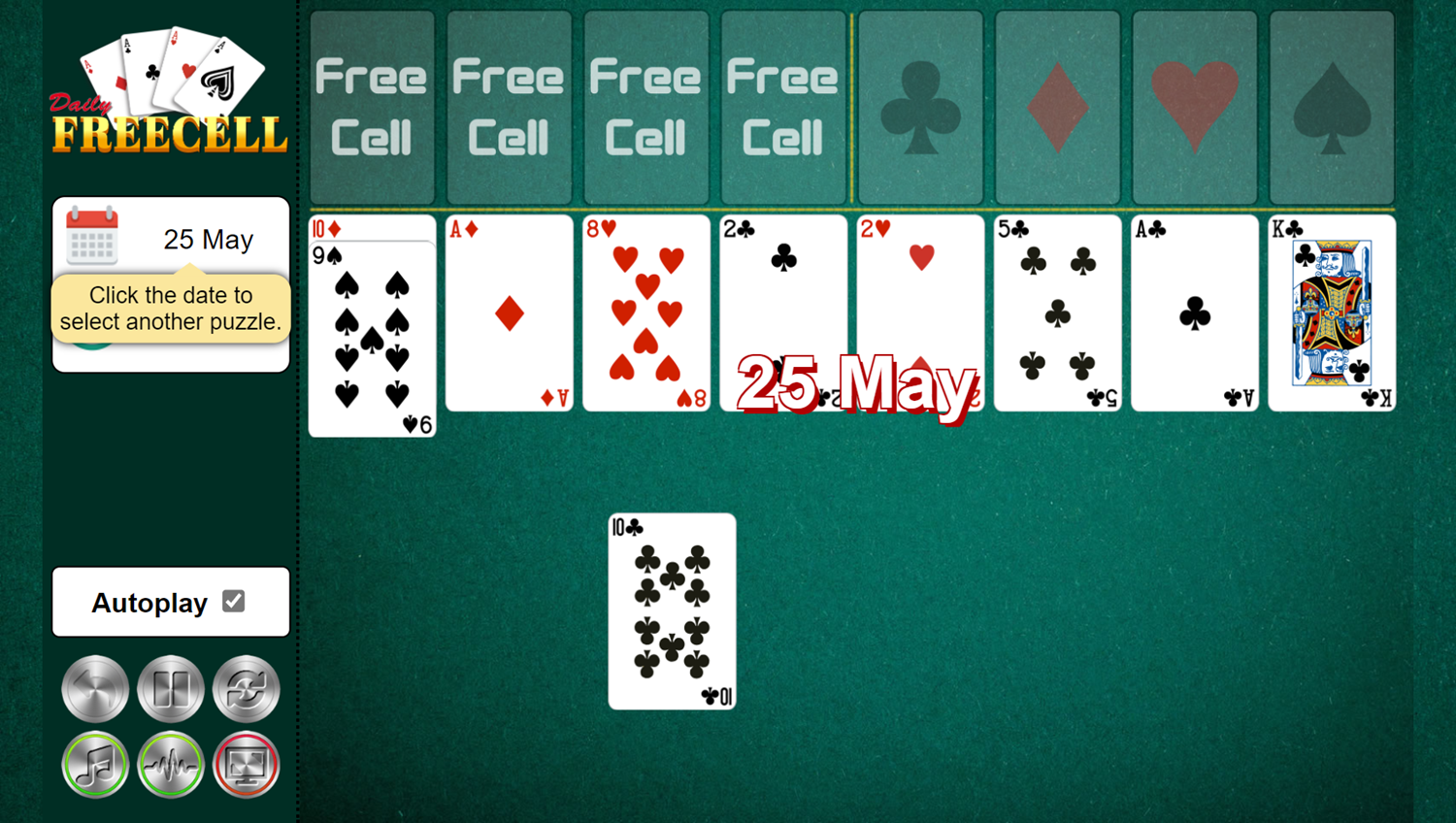 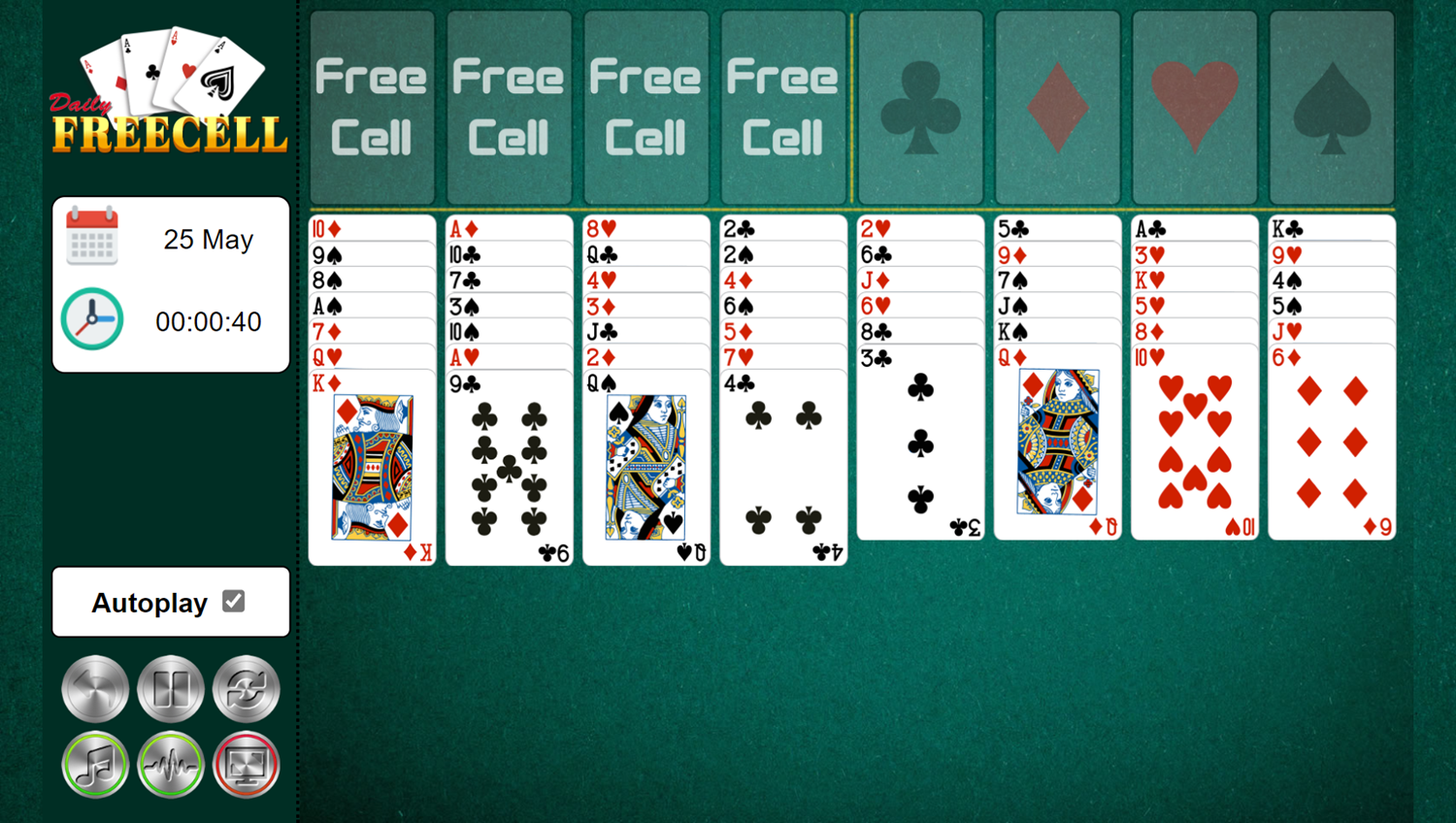 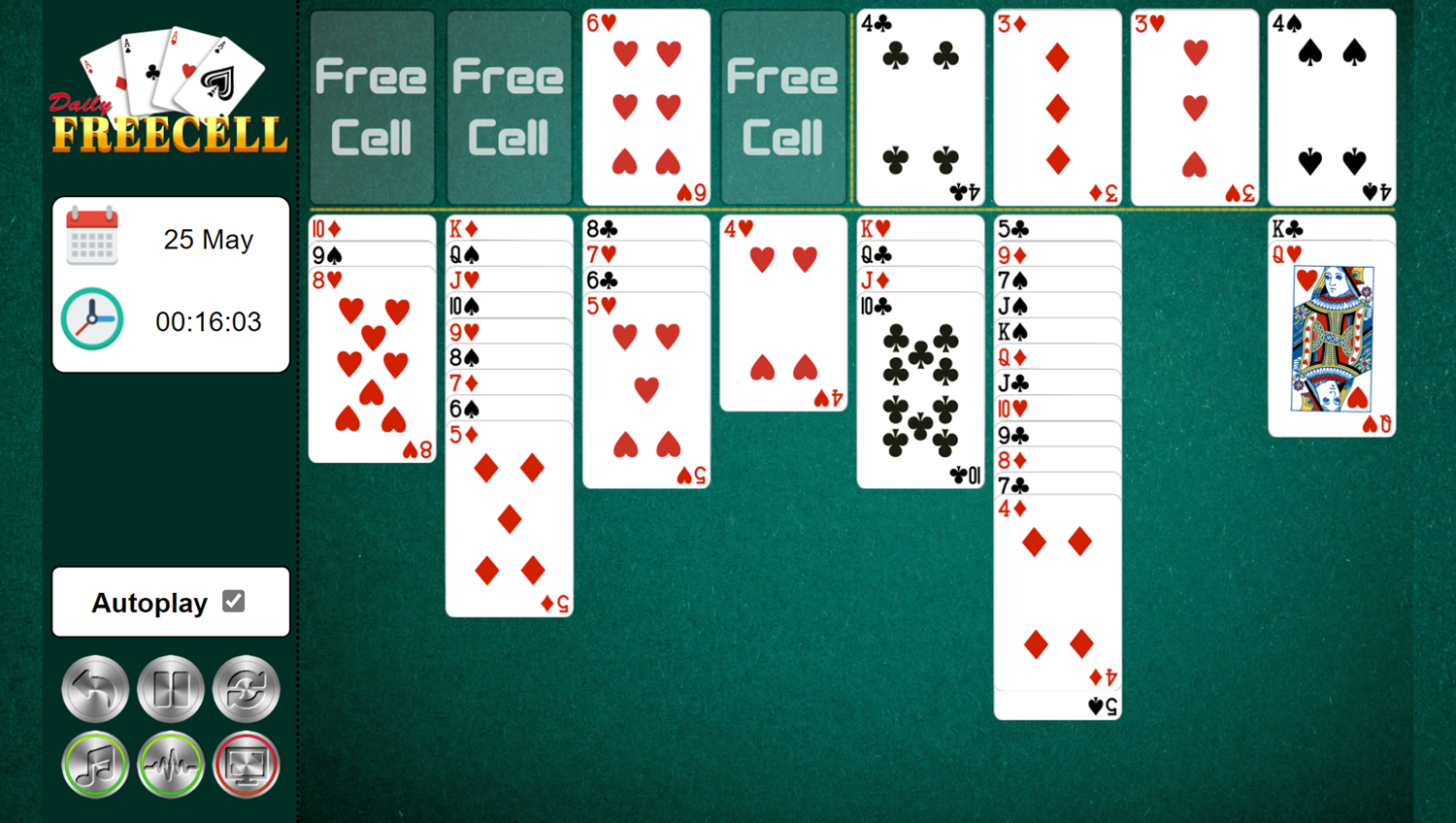 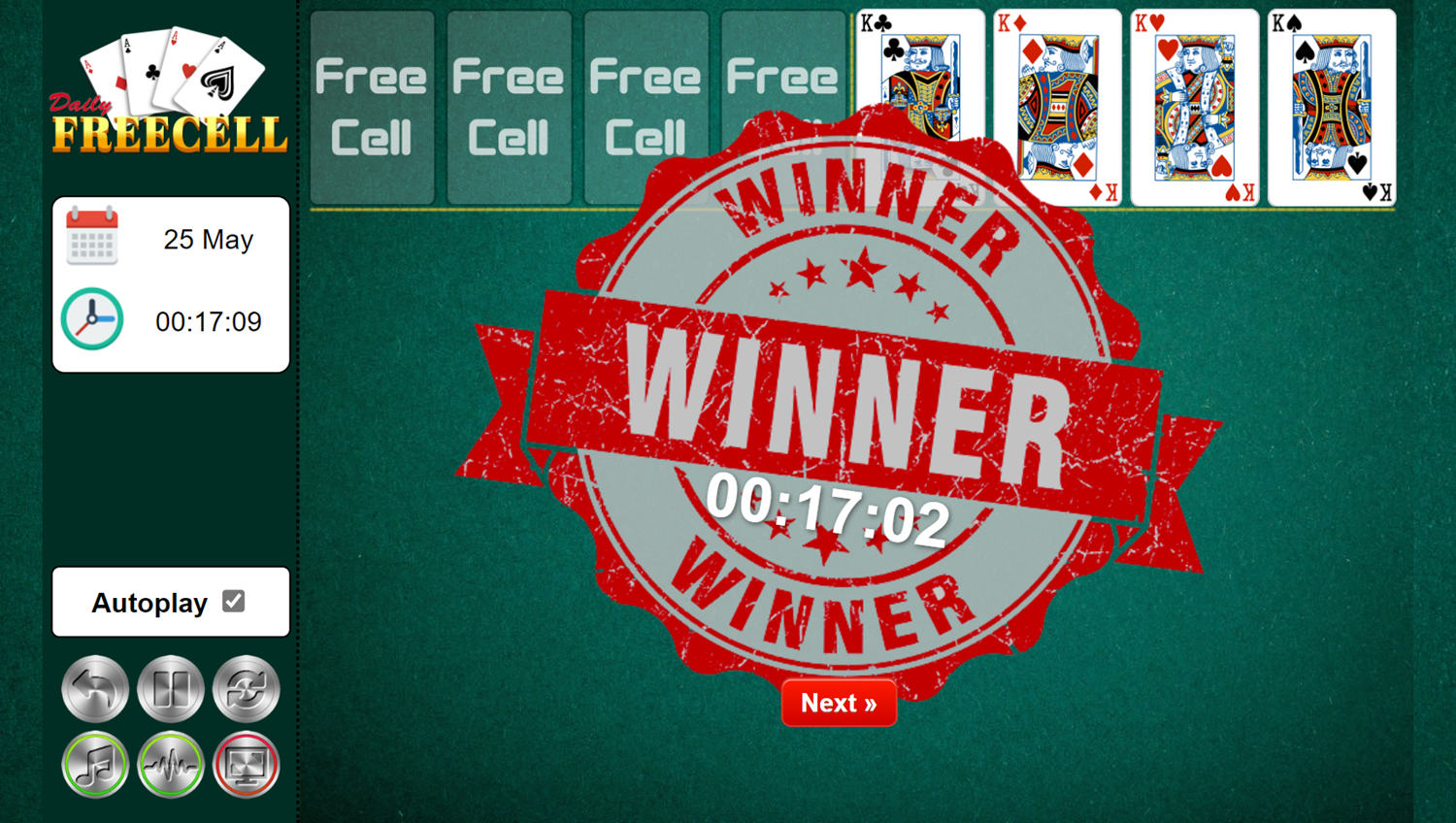