Hold on there sheriff. You sure you can take out of those bottles? Are you absolutely sure? That’s gonna be mighty difficult, but give it a go.

Children and parents can play this cowboy target practice bottle shooting game by clicking in the window below.

Alternatively kids and adults can play this ragdoll gun shooting video game for free as a web application here.

Shoot all the bottles without shooting yourself in the process. 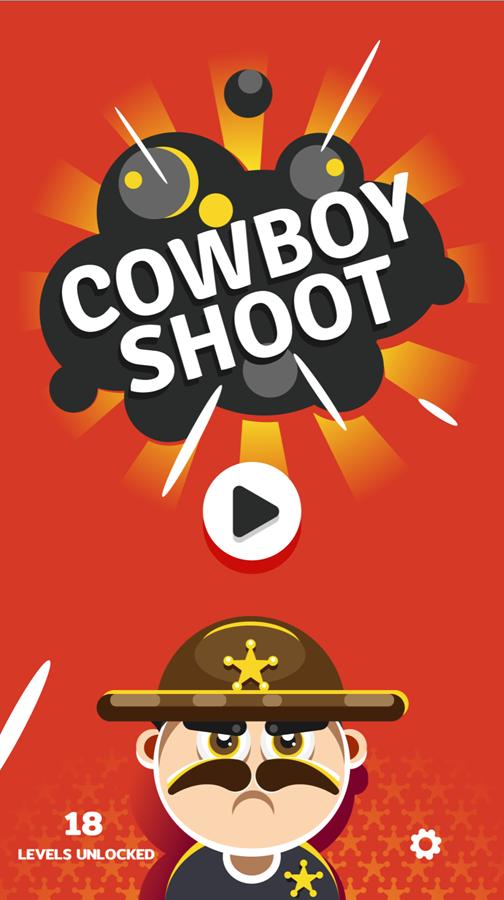 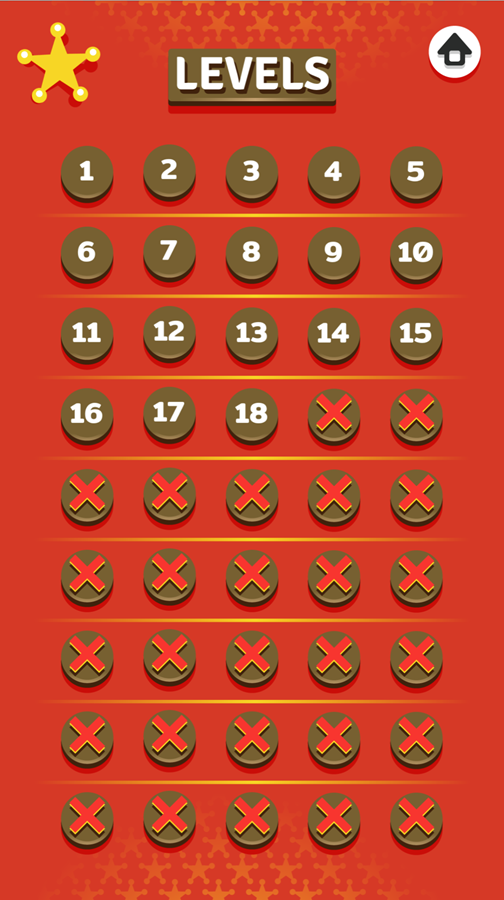 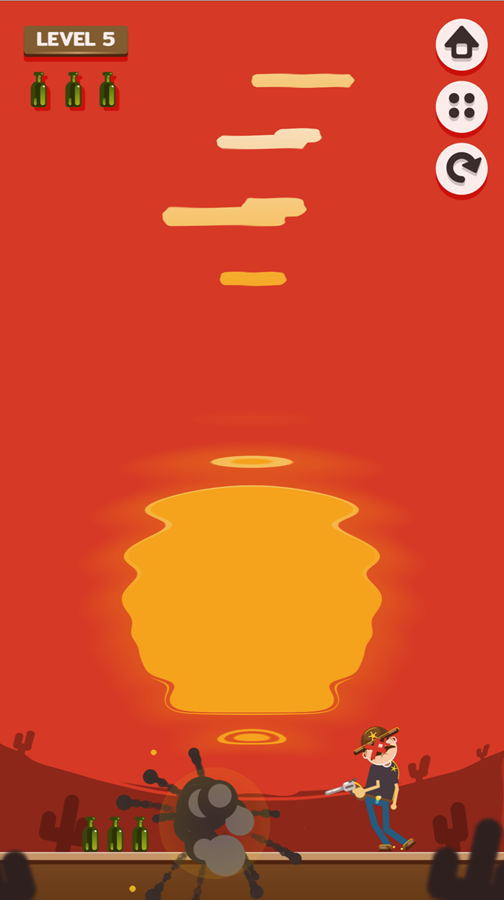 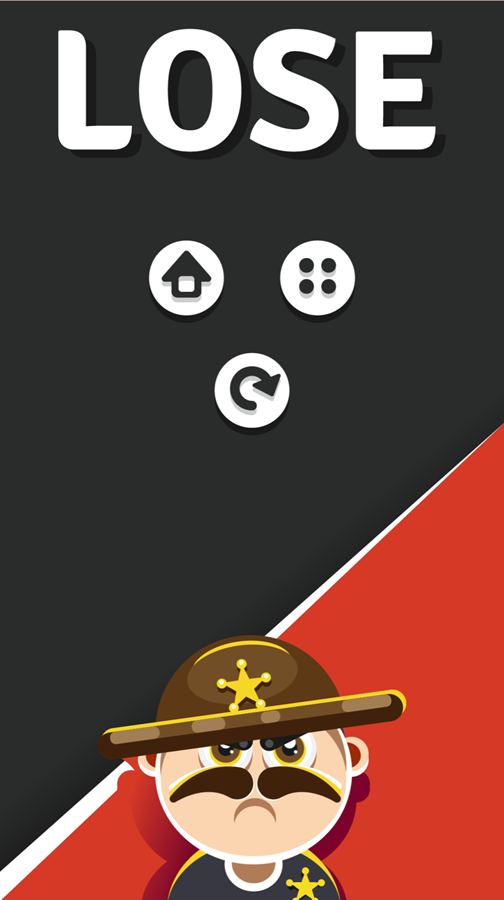 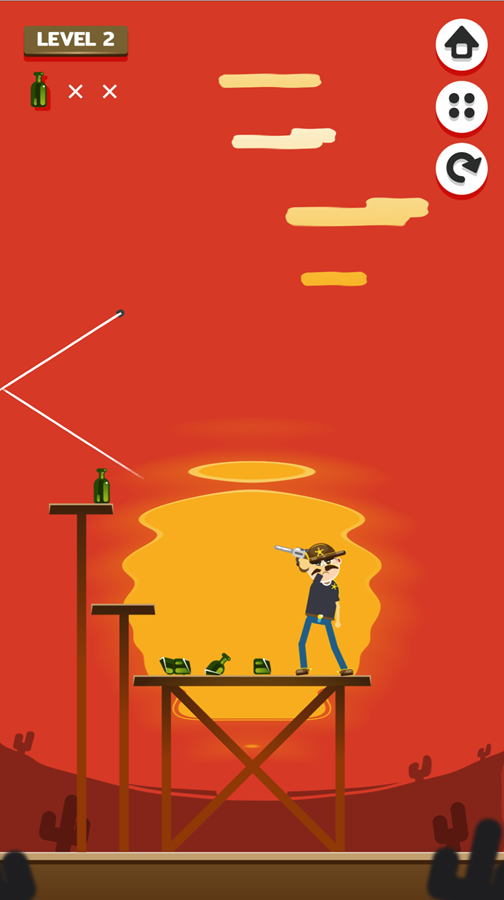 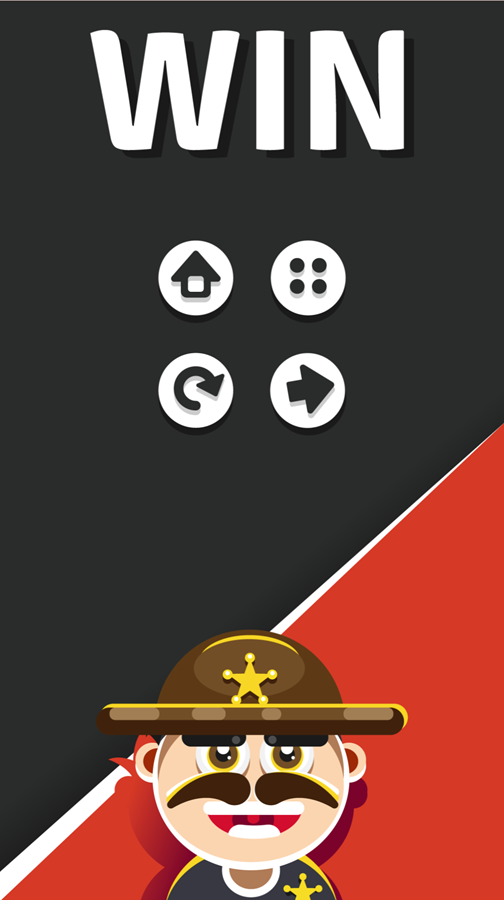 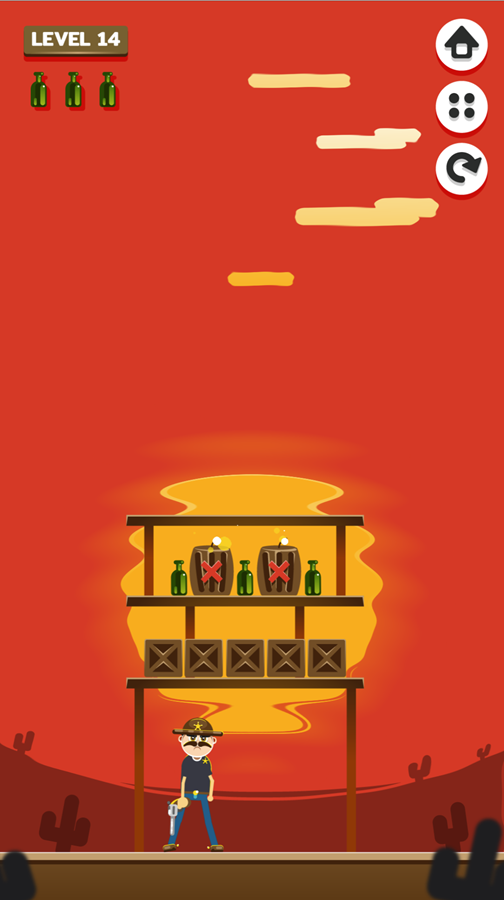 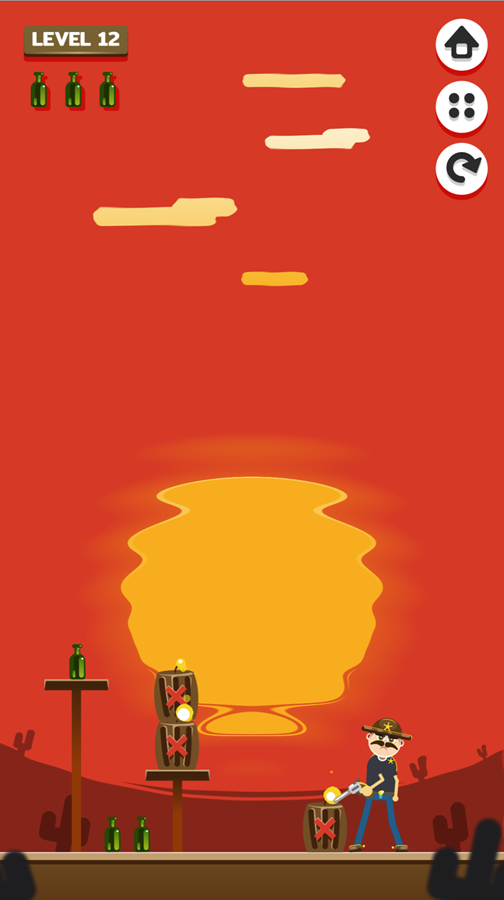 This game was published in these categories: Cowboy, Gun, Ragdoll. You can visit any of them to select other fun games to play.