This solitaire game has 8 columns of cards on the tableau. Initially 4 of the columns have 2 cards each while the other 4 columns have 1 card each. Players can stack cards in the tableau sequentially up or down, though cards must be suited.

The remaining 92 cards are in the reserve, which is dealt in 6 stacks with the last round of 8 cards being played on the 8 columns of the tableau. Players get 4 rounds of 6 stacks to deal and the other remaining cards are stacked 9-deep underneath the top cards shown on those 6 stacks.

Kids and adults can play this online solitaire card game by clicking in the window below.

How to Play Algerian Patience Solitaire

Stack suited cards sequentially on the tableau and build up the 8 foundations.

Like This Game? Review This Online 2-Deck Solitaire Card Game for Kids 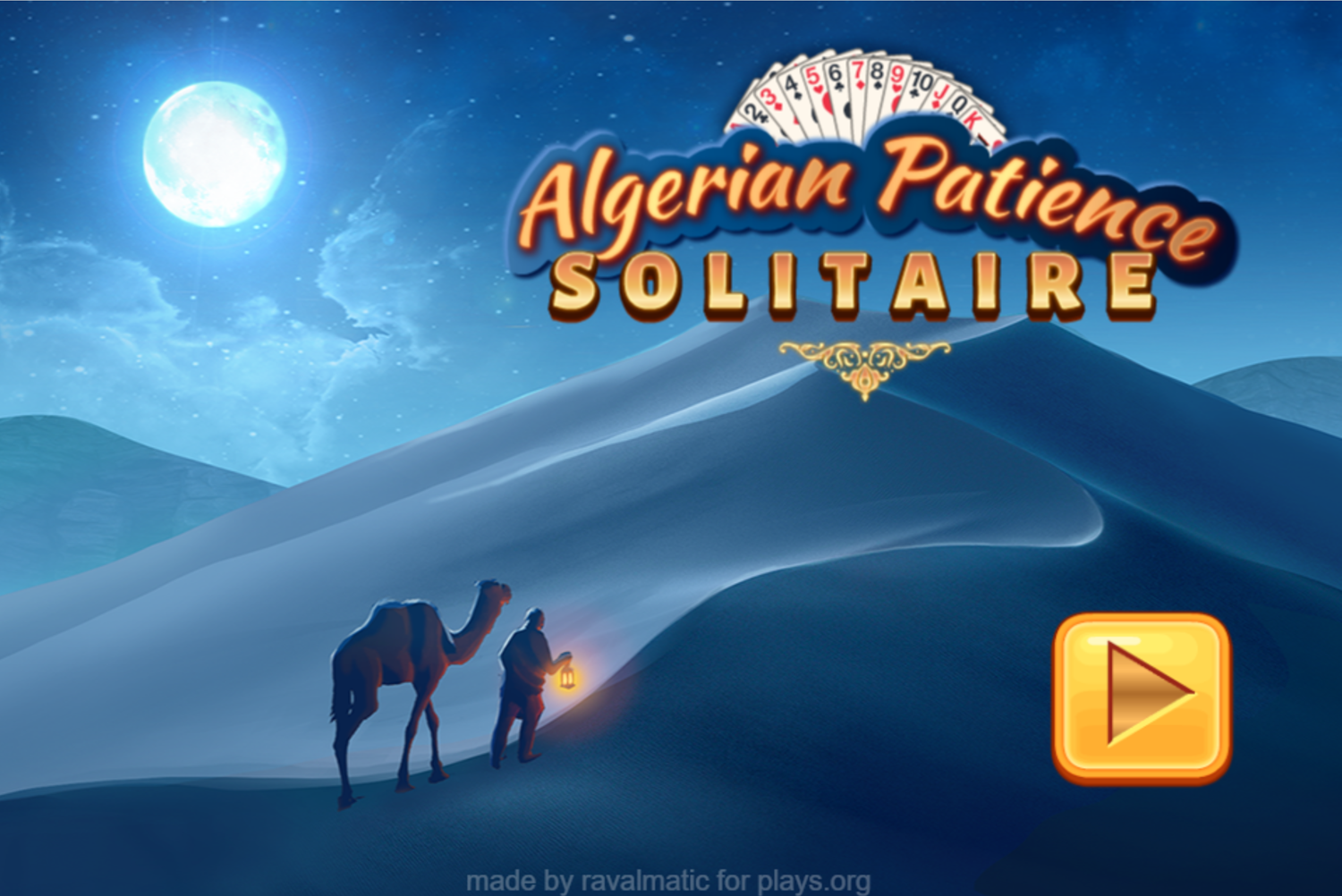 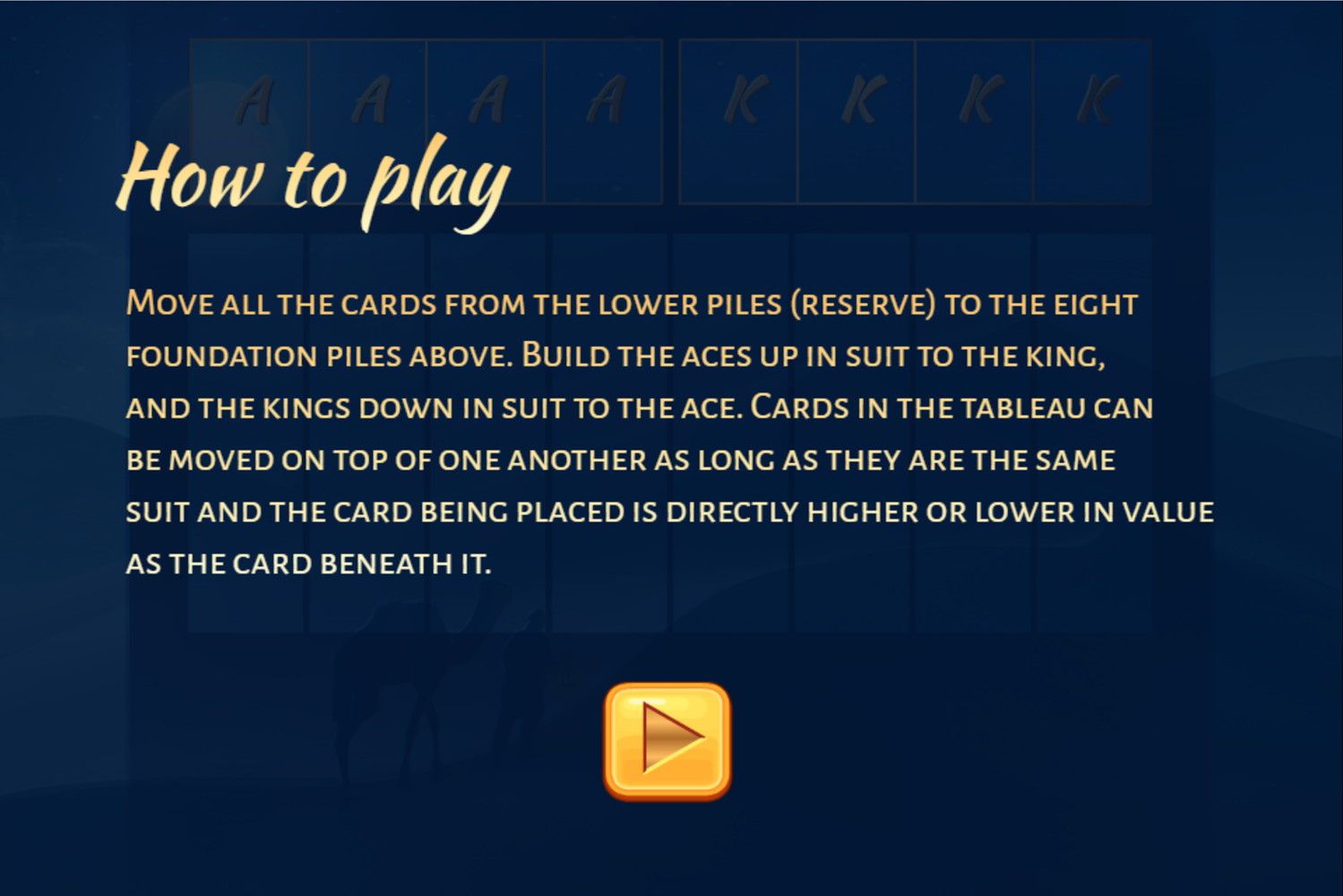 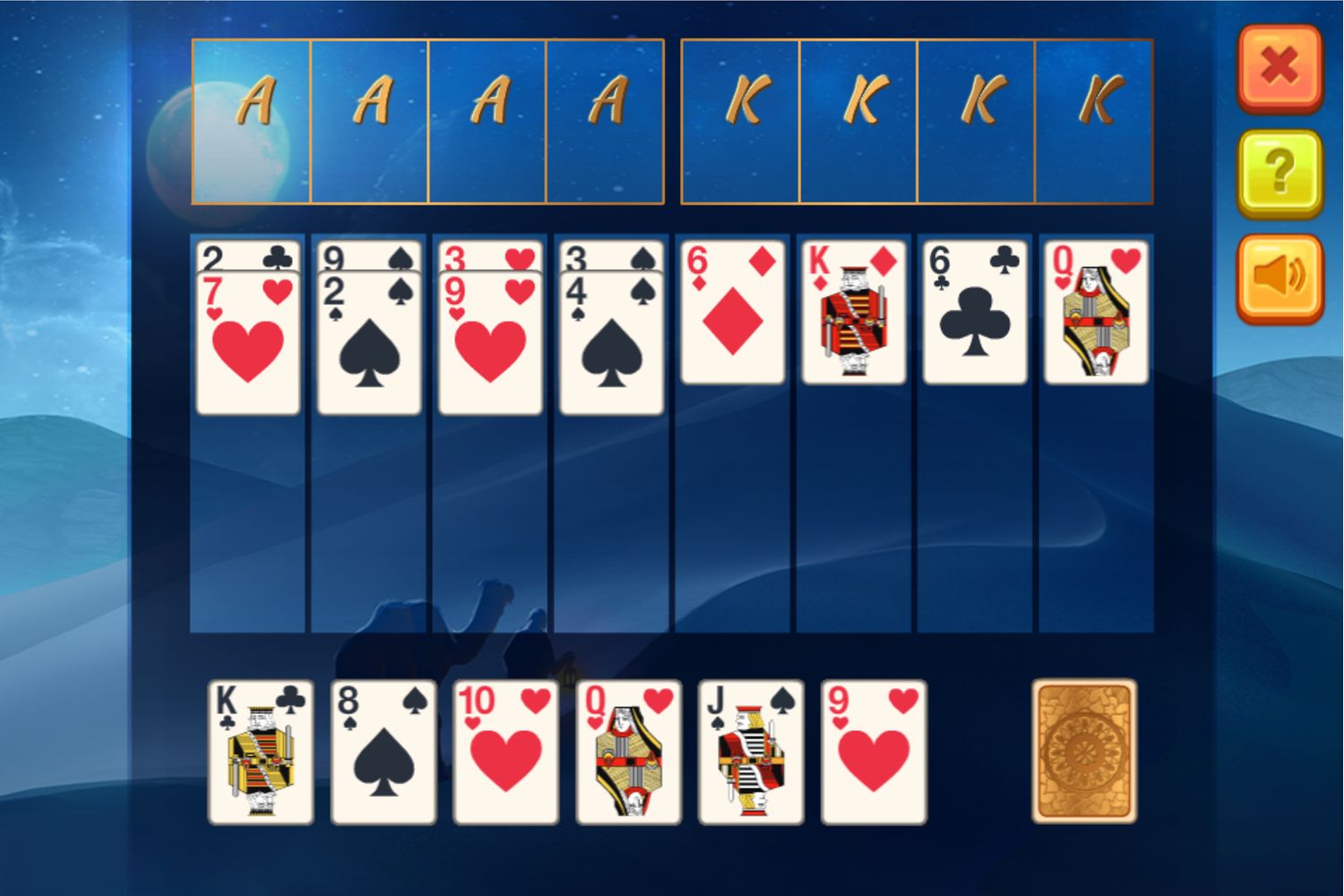 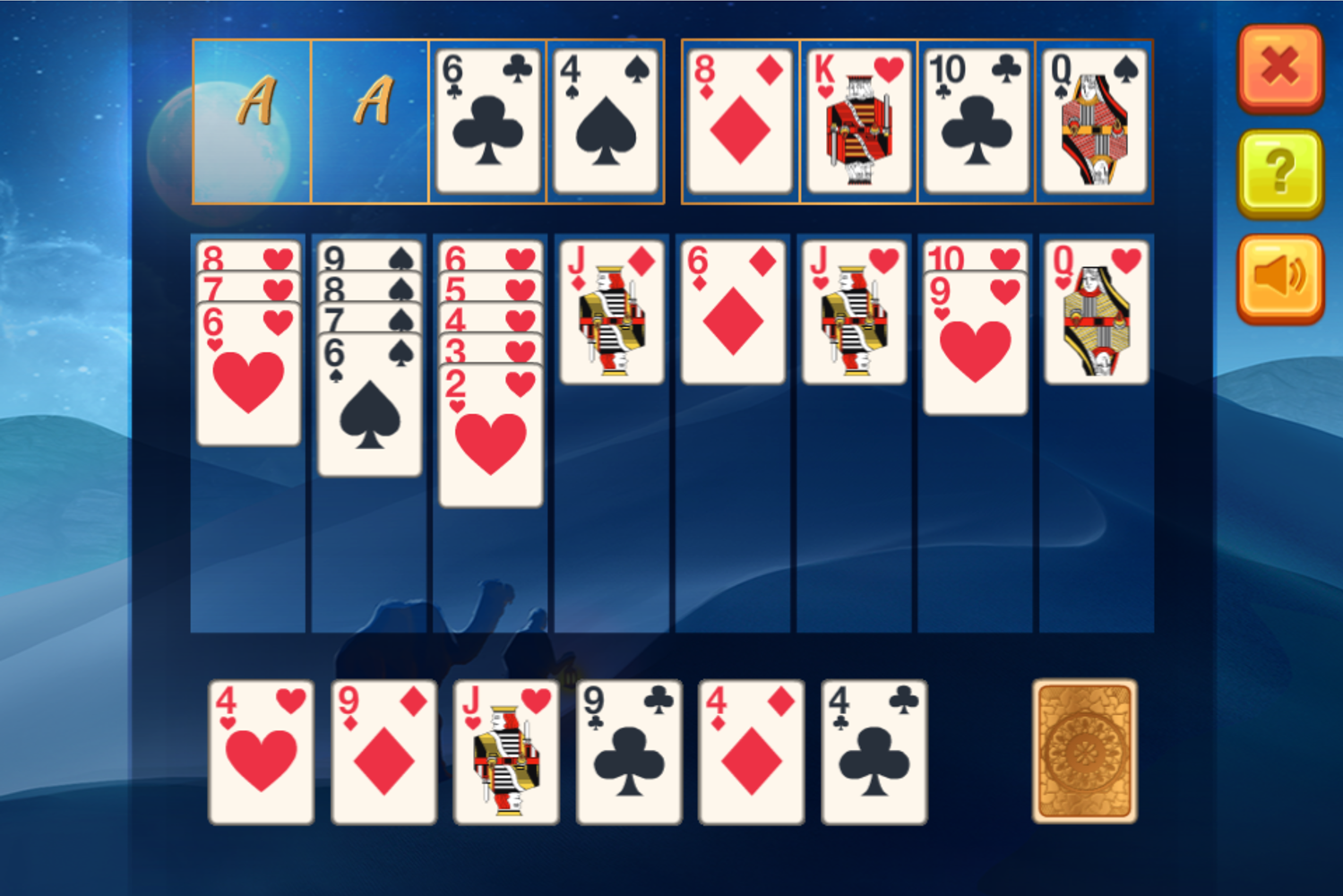 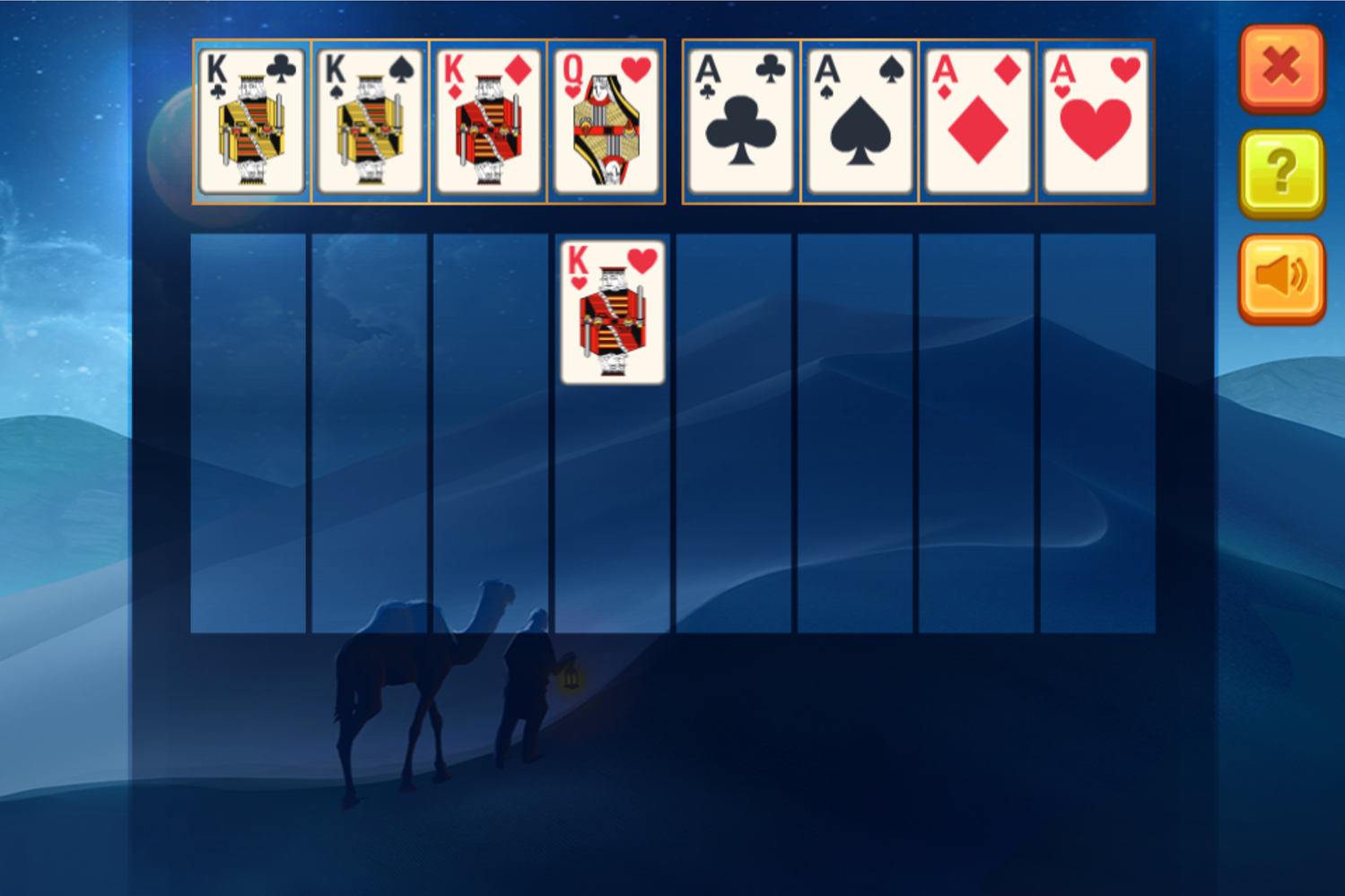 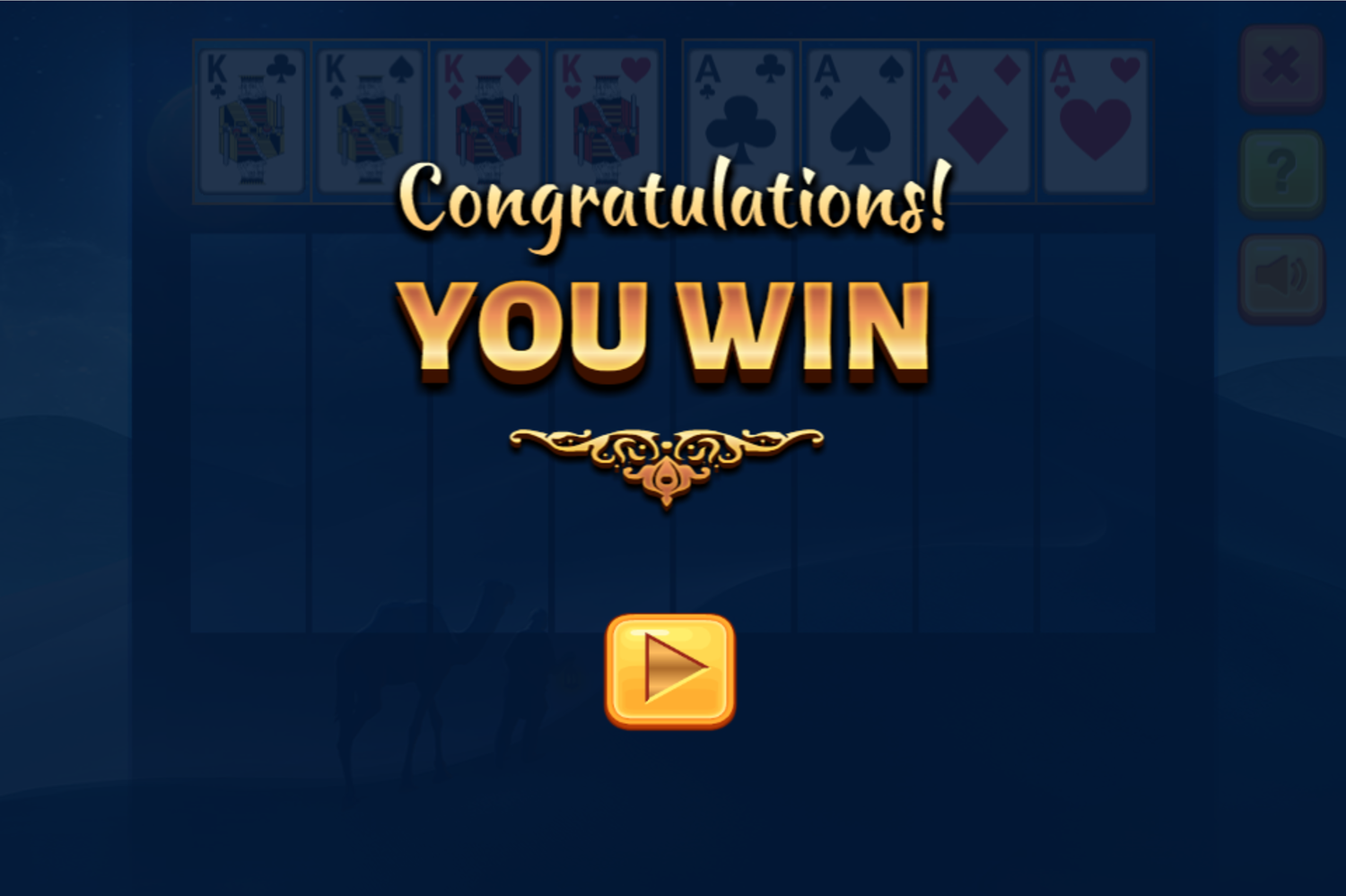